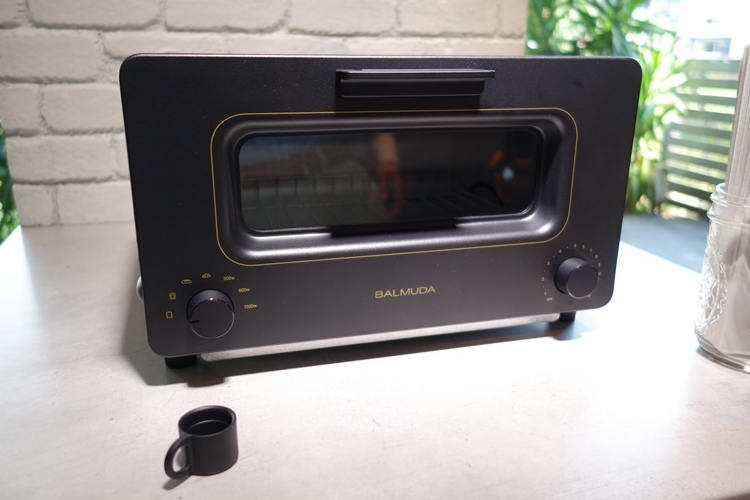 Toaster ovens are among the simplest appliances in the kitchen. Just place your breads or meats inside, then let the constant stream of heat toast them to a crisp. Done. And while any toaster can do a good job of getting you beautifully-browned toast, none of them are going to get you the kind of toast the Balmuda Toaster is able to produce.

A toaster oven with a humidifying function, it won’t just blast heat onto your breads without impunity like regular toasters. Instead, it also produces a steady supply of steam that moistens the bread you placed in the tray, ensuring it stays soft on the inside even while the outside turns perfectly brown.

And, no, the overkill doesn’t end there for the Bermuda Toaster, either – it actually regulates the heat inside the oven, rather than merely blasting it in constant mode, to ensure you get a perfectly-engineered toast each time out. When toasting bread, it starts out at 60 degrees Celsius to soften the outside, then takes it to 160 degrees to start browning both sides and heat up the inside. To finish up, the temperature is raised to 220 degrees to fully brown the outside and improve the bread’s flavor. 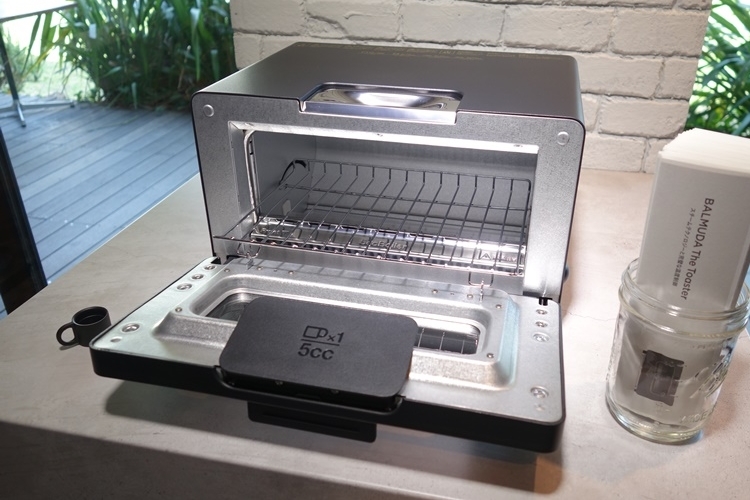 For cooking, it uses a mica heater and pair of bar-shaped heaters, with a water supply port on top, which it boils, to produce the steam. Like other toasters, it also comes with pre-defined settings for food types other than bread, which it cooks in a similar steaming-and-heating combo. And just in case you miss the less-than-perfect slices of toast you used to make on your Breville Radio Toaster, it also comes with a “classic toast” setting to do just that (just make sure not to add any water to the top port).

As this is a relatively expensive unit—as far as toasters go—consumers would expect to have a premium-tier experience. We’ve already covered how awesome the performance of this unit is for making near-perfect toast, but the presentation, controls, and packaging are all equally as excellent. Let’s examine the look and feel of this unit in a bit more detail: first, the unit has a high quality finish. It’s not likely to wear, rust, or scratch, and it can be wiped down during your cleaning sessions easily. Inside, you won’t find a coiled wire for the heating element, but instead a quartz tube—offering superior consistency and heat distribution.

Have you ever had a toaster oven where the knobs popped off? Not going to happen with the Balmuda Toaster. The knobs are well built and sturdy, and feel somewhat reminiscent of stereo knobs. The knob on the left is going to control all of the different modes on the Balmuda Toaster—there are seven—and the one on the right will be the timer. You’ll be given a maximum of ten minutes there, which is more than enough. The LED lights that surround the timer knob are a really nice, elegant feature, and they indicate how much time is remaining.

The presentation and function of the Balmuda Toaster are both top notch. This is perhaps going to be the toaster to end all other toasters. If you like having the best appliances in your kitchen, this is a definite consideration.

The Balmuda Toaster is coming out this month in Japan, priced at ¥22,900. Also available on Amazon from link below.