Make Pulled Pork Like A Velociraptor With Barbuzzo’s Raptor Rippers 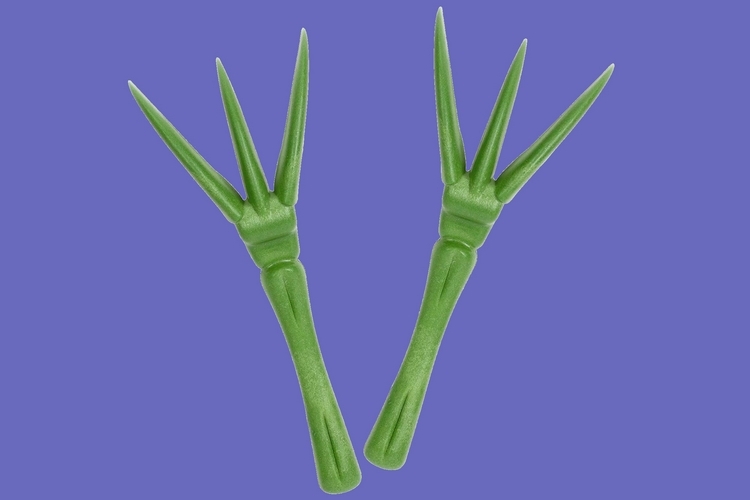 We’re big fans of those Bear Claw shredders, which let you rip through your favorite barbecued meats like a hungry grizzly in the woods. Fun as they are to use, the novelty has worn off and they’ve remained in the kitchen strictly for their utility. Maybe it’s time to shake things up with the Barbuzzo Raptor Rippers.

Just like those Bear Claws, it’s a food prep and serving utensil that you can use to shred meat like a rabid animal, albeit with the prehistoric ferociousness of a velociraptor tearing through the carcass of its prey. That way, you can shred smoked meat on the counter while snacking on chips from the Nachosaurus and sipping on a bottle of soda you opened with a T-Rex cap popper, making your kitchen feel just a little more Jurassic Park than before. 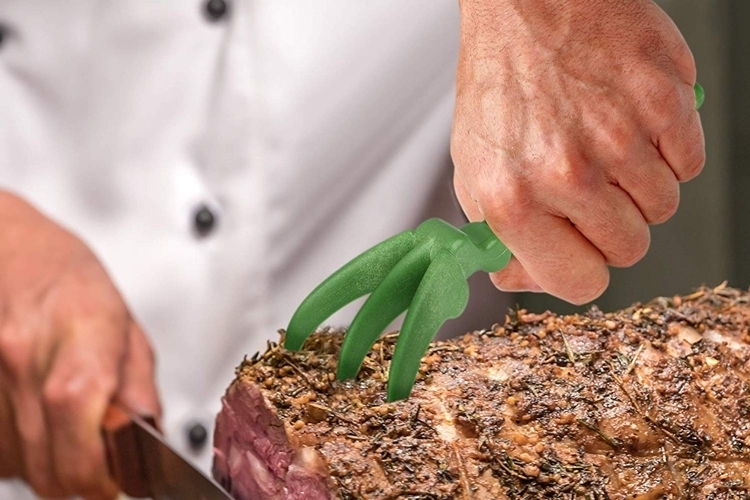 The Barbuzzo Raptor Rippers are, basically, handling forks – the kind you can use to lift a turkey out of the pan, keep a slab of brisket in place while you’re slicing it with the other hand, and, of course, shredding meat into easily chewable slices. Except, you know, they’re shaped like velociraptor claws, making the erstwhile banal experience of making pulled pork feel like you’re play-acting as a predatory creature back in prehistoric times. Yes, it gives you a good excuse to make dinosaur sounds while preparing dinner, which, in our opinion, is reason enough to buy one all on its own.

Not only can you use it for food prep, you can use it as actual serving forks in the dining table. That means, you can ask your kids to serve you some of that meatloaf and the little brats might actually comply for once, since they will be doing it with Jurassic raptor claws, which makes an erstwhile chore ordered by their parents sound just a tad more fun. 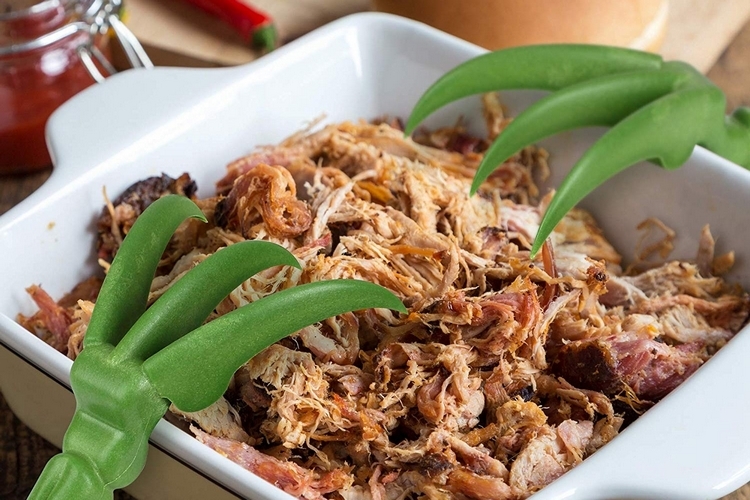 The Barbuzzo Raptor Rippers are made from glass-filled nylon, so it will be sharp enough to slice through any kind of meat, durable enough to survive accidental brushes with hard bone, and heat-resistant enough that you can handle it safely around meat that’s come straight out of the oven. It’s dishwasher-safe, by the way, so you can just throw it in with the rest of the dishes for cleaning. Whether you’re using it from the comfort of your kitchen countertop, a table in the backyard during a barbecue, or a camp table you’re using while hunting deer in the woodlands, this thing should serve you well through round after round of food preparation. 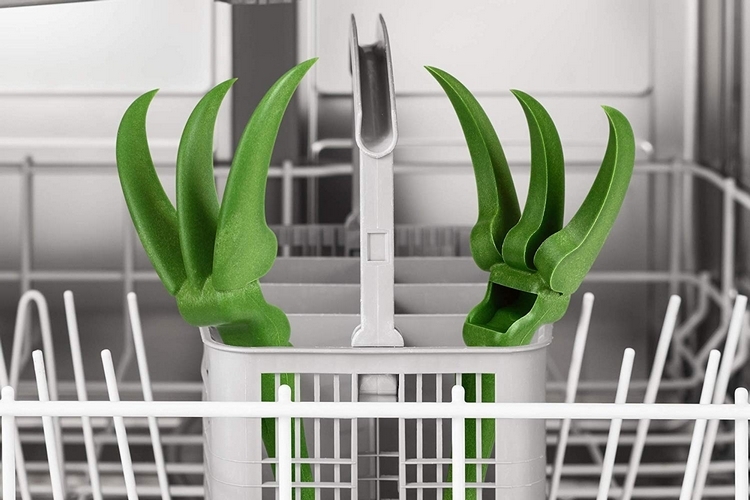 Is it safe to use? From what we can tell, it is. Just don’t let the kids use it as a toy, since the claws are pretty sharp and could cut their skin if they horse around with it. And yes, no matter how tempting, you might want to avoid using it to scratch your back. We know, it looks perfect for the job, but definitely not a good idea.

Want one? The Barbuzzo Raptor Rippers are available in pairs. 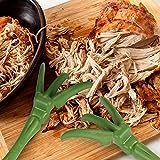