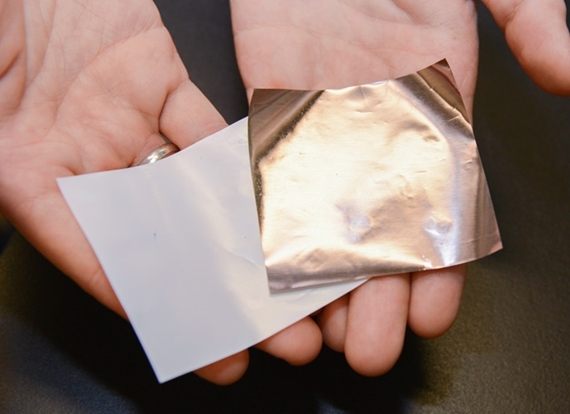 Sometimes, batteries explode.  Sure, it occurs rarely enough that we don’t have to use our phones in fear, but the off-chance that it happens can certainly be disastrous.  A new battery design developed by Stanford University scientists can help eliminate those risks by giving users ample warning as soon as it detects the malfunction that causes overheating and explosion.

Described as “an early-warning system that saves lives and property,” the new technology is meant to serve as a security reinforcement to the current crop of lithium-ion batteries used in everything from laptops to smartphones to the current crop of wearable electronics.  More importantly, it detects the problem well before it reaches a stage where the battery is about to burst in flames, so it can give users ample time to turn off their devices and get their batteries replaced. 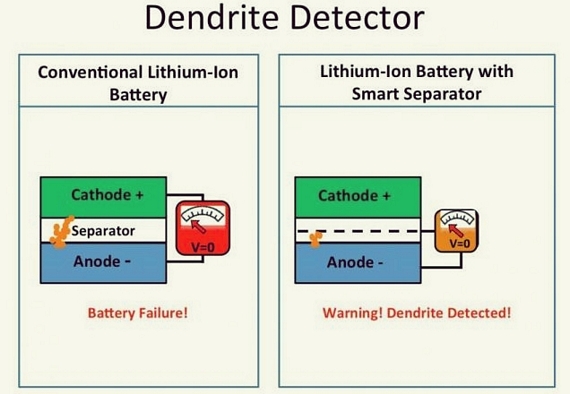 A typical lithium-ion battery uses a pair of tightly-packed electrodes that are separated by a thin polymer layer.  If this separator is damaged at any point, it can cause the electrodes to mix, triggering the battery to short-circuit, which can ignite the flammable electrolyte solution, causing the exploding battery accident we’ve seen reported several times in the past.

The technology adds a nanolayer of copper that measures voltage onto one side of the separator, creating a third electrode between the carbon anode and the lithium metal-oxide cathode.   When the separator is damaged, dendrites will grow long enough to reach the copper, dropping the voltage to zero, which should then trigger the warning system to alert the user of the problem.

You can read the paper, authored by Hui Wu, Denys Zhuo, Desheng Kong, and Yi Cui, in Nature Communications.