Billion-Euro Home Made From A Billion Euro Bills 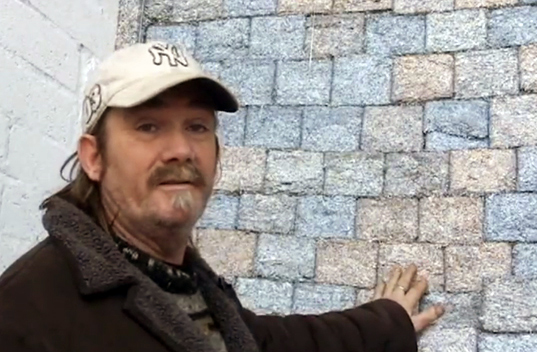 A “Billion-Euro Home” sounds like something a European Bruce Wayne will live in.  Frank Buckley’s version, however, isn’t a giant mansion on a monstrous property with a sprawling underground Batcave.  Instead, it’s a part-liveable house, part-art installation made from decommissioned Euro bills.

Using the shredded remains of 1.4 billion Euro notes, the artist built an apartment in the lobby of a vacant office building in Dublin and made it his home.  Currently, the pad has three finished rooms: a bedroom, a bathroom and a gallery where visitors can see his art.  He’s also working on adding a kitchen to the assembly. 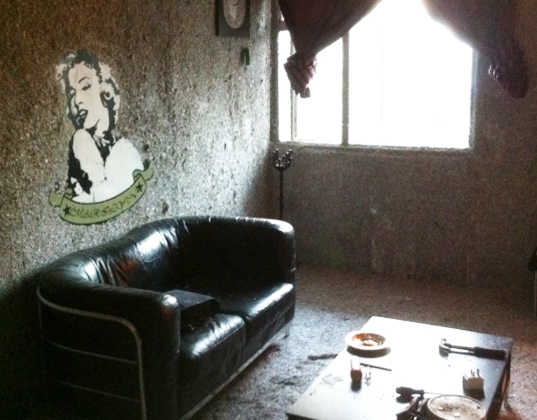 All the walls and floors of the Billion-Euro Home are made from shreddings, which provides such insulation that Buckely claims he doesn’t need a blanket when he retires to bed. “Whatever you say about the Euro” he chides, “it’s a great insulator.”  To turn the cash confetti into proper building materials, he formed them into 6 x 2 inch bricks, each of which is densely packed with the remains of between 40,000 to 50,000 Euros apiece. 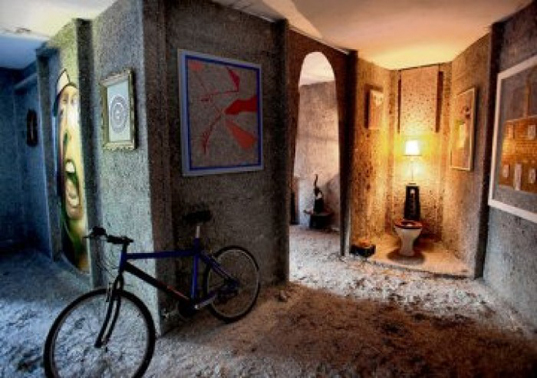 According to the artist, he built the pad as a “reflection of the whole madness that gripped us” in Ireland with the introduction of the currency.  To the uninitiated, the country’s adoption of the Euro was followed by a property boom fueled by cheap credit in the early 2000s resulted in a serious financial crisis by 2007.

The Billion-Euro Home isn’t Frank’s first project built with shredded currency.  He started making pieces out of decommissioned notes beginning in 2009, collecting over 50 individual creations to his credit before starting the house.