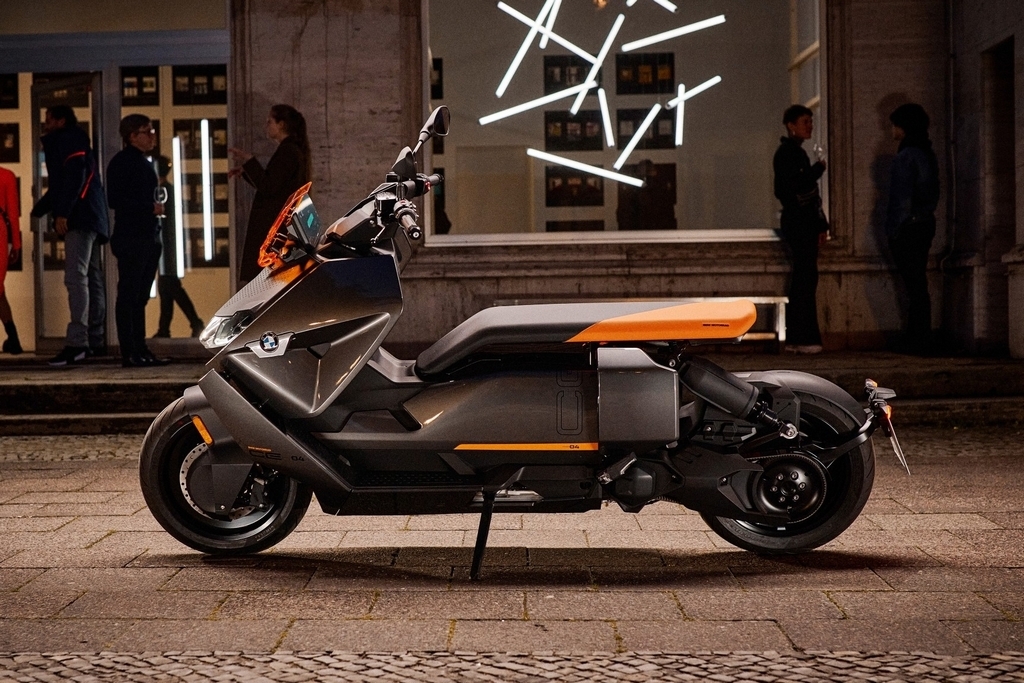 When people talk about an electric scooter, chances are, an electric Vespa is the first thing that pops in your head. That’s no surprise, given that a Vespa is arguably the most iconic vehicle in that category. Apparently, that’s not what BMW Motorrad was thinking when they set out to make the BMW CE 04 Electric Scooter.

Instead of taking an existing scooter and modifying it to house an electric powertrain, the vehicle has been designed from the ground up as an entirely new ride. The result is a part-sporty, part-retro, and part-futuristic scooter with aggressive lines that looks like nothing else on the market, making for a pretty unique ride both inside and out. 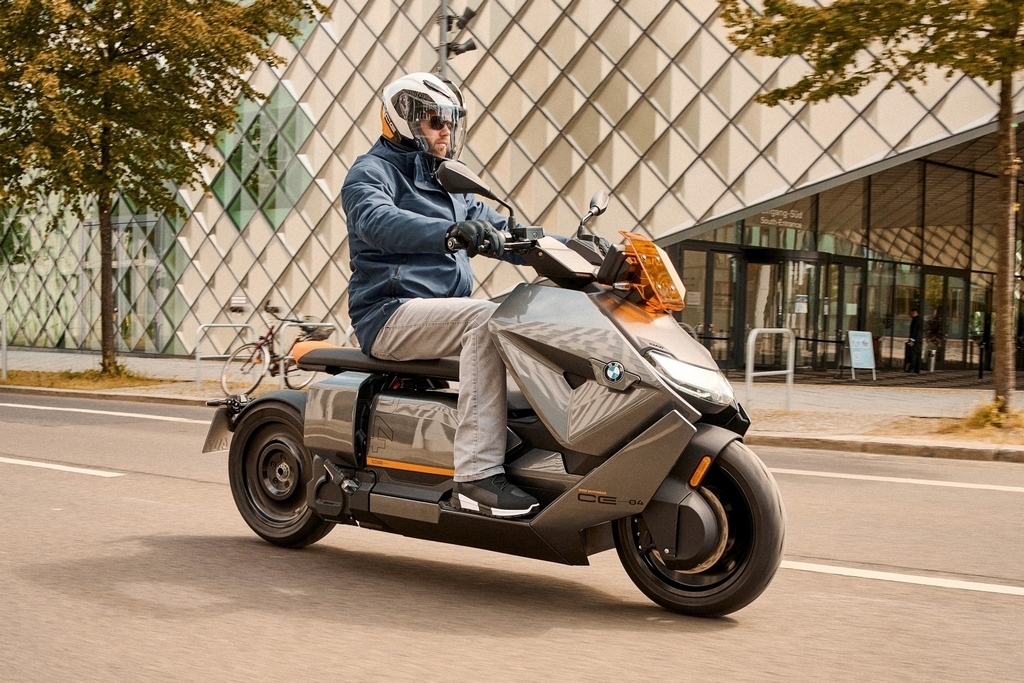 The BMW CE 04 is powered by a liquid-cooled electric motor that’s mounted between the rear wheel and the battery pack, where it puts out a maximum 42 horsepower, allowing the two-wheeler to go from standstill to 32 mph in 2.6 seconds while hitting maximum speeds of 75 mph. We know, those aren’t the most exciting performance numbers, but then again, this isn’t aimed at the sport motorcycle crowd. Instead, this seems more suited to e-bike and moped riders out there, giving them a zero emissions option that can zip through the streets at a reasonably satisfying pace.

The motor is powered by an 60.6Ah battery module, which is rated to get you through around 80 miles of riding, while an air-cooling system regulates its temperature to keep things running smoothly. Charging the battery on a regular power outlet will take four hours and 20 minutes, although you can go as fast as one hour and 40 minutes if you use the optional 6.9kW quick charger. Using that same quick charger, going from 20 percent capacity to 80 percent requires just 45 minutes of plugging in, so you need not have that long of a wait between charges. 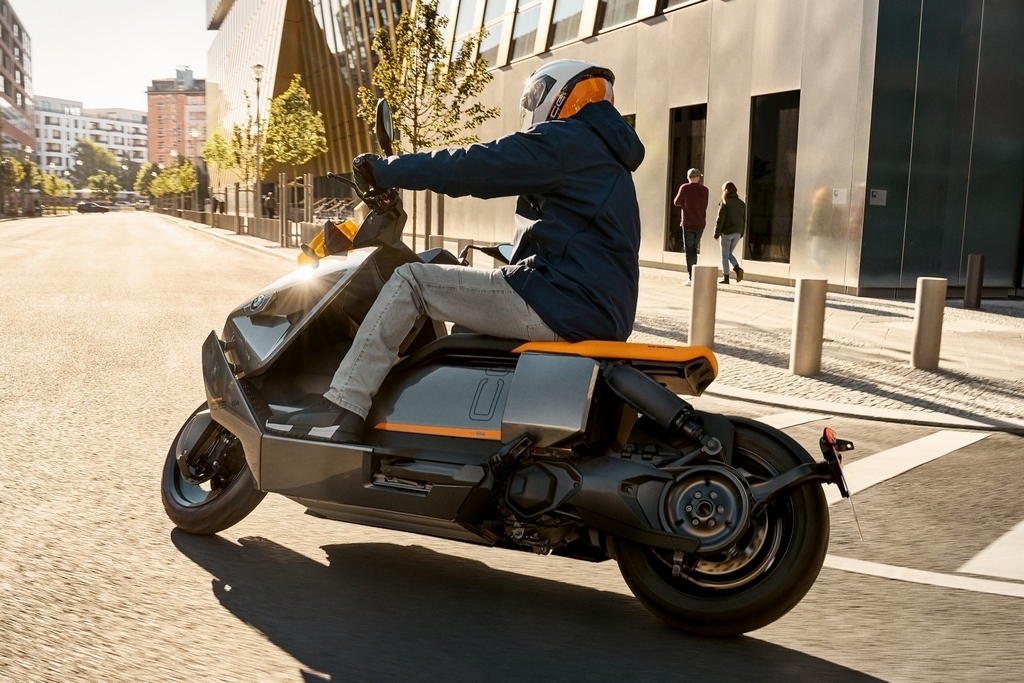 The BMW CE 04 has three standard ride modes, namely Eco, Rain, and Road, along with an optional Dynamic mode that will allow for faster acceleration. The bike, by the way, is built around a one-piece tubular steel frame, which combines with a telescopic fork, single-sided swingarm, and a fully-covered spring strut to smooth out most of the bumps it will encounter in the city. Stopping power is provided by twin disc brakes out front and a single disc in the back, while ABS and anti-slip rider assistance provides automated safety elements, with both ABS Pro (adds auto-brake controls when leaning into corners) and dynamic traction control available as upgrade options. It runs on 15-inch solid die-cast aluminum wheels. 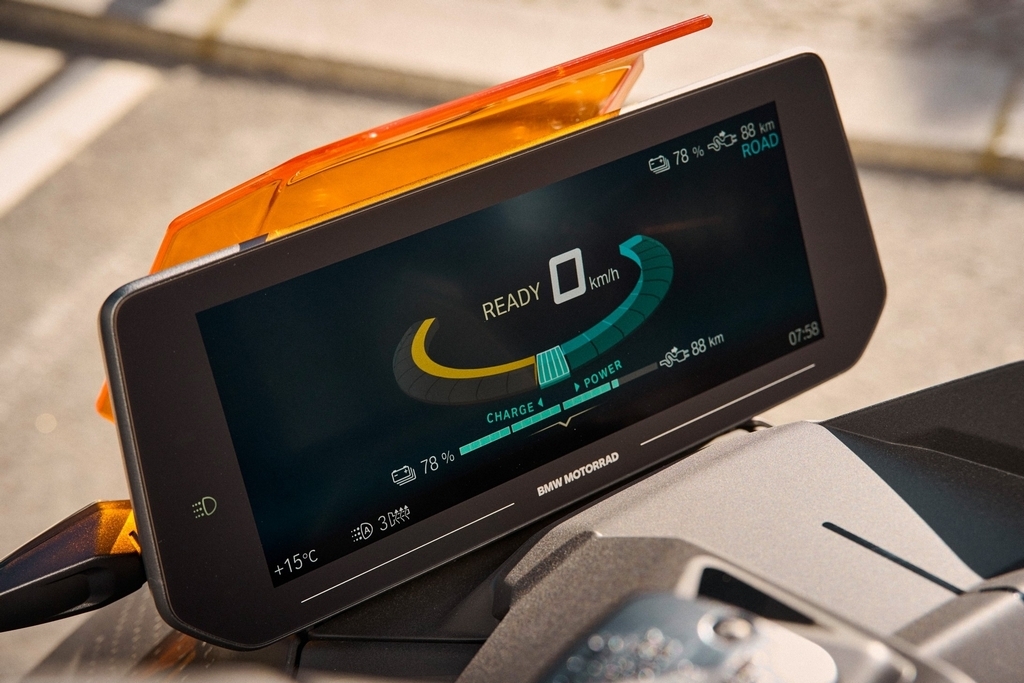 A 10.25-inch touchscreen in front of the rider serves as both instrument cluster and navigation map (with built-in connectivity), allowing you to get all the information you need during a ride from a single display. To light your way when riding later in the day, it gets a low/high beam LED headlight, LED rear light, and even LED turn signals, with optional lighting upgrade for improved visibility when cornering. 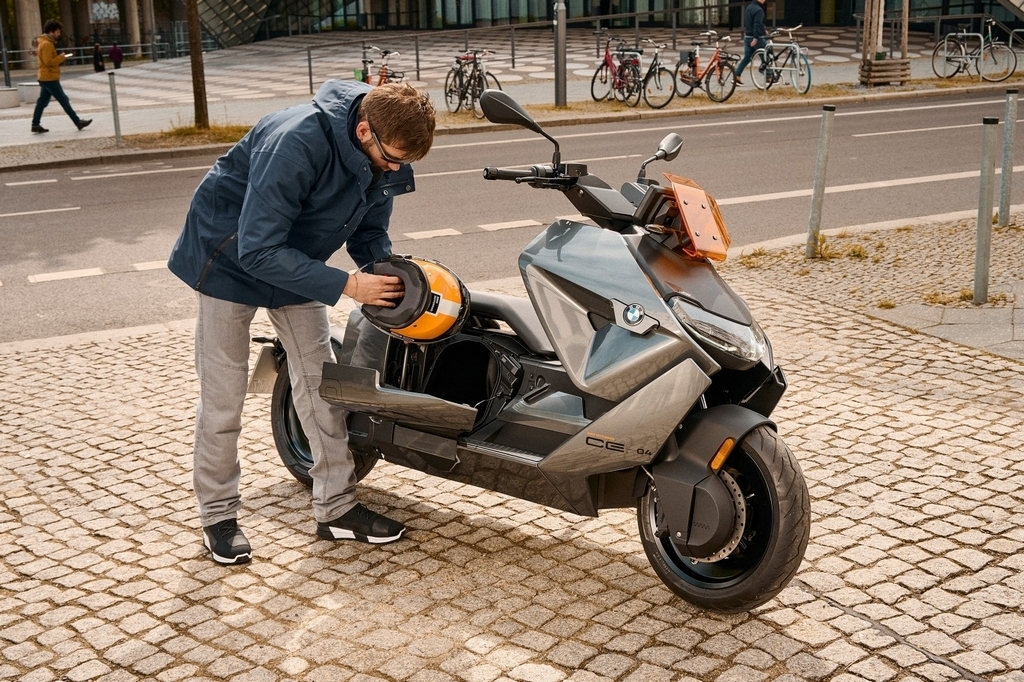 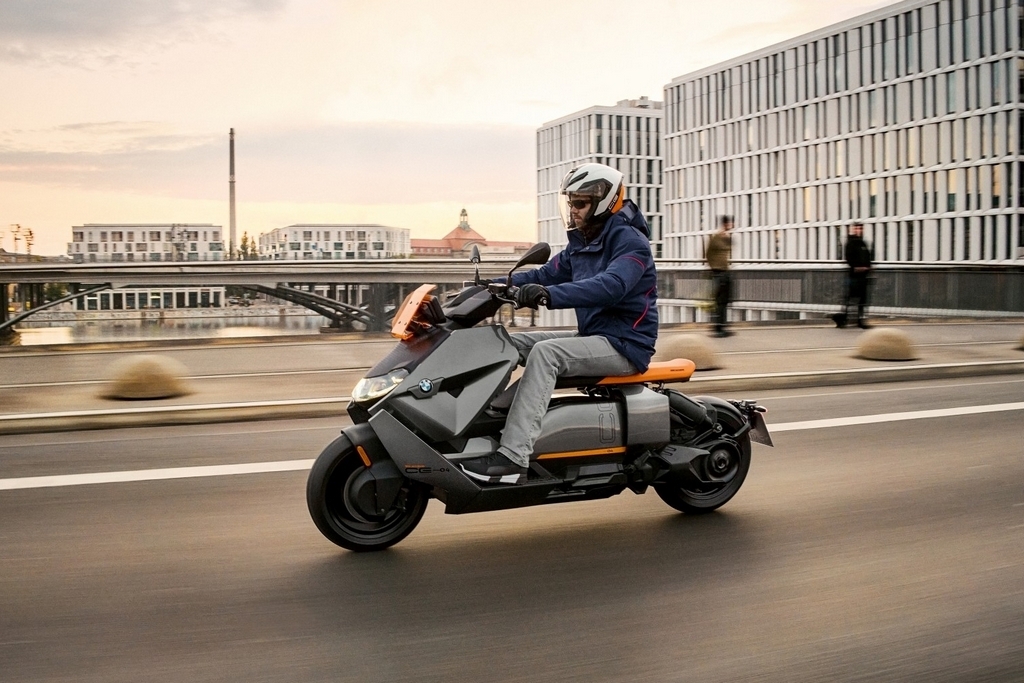