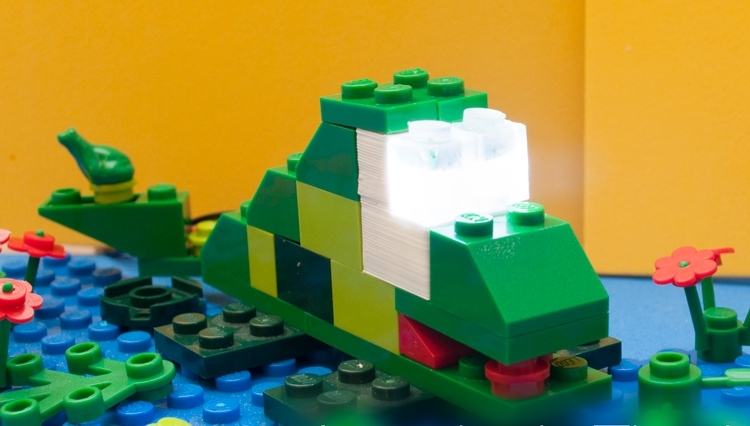 As creative as LEGO has been with regards to producing their different pieces, there have been notable omissions that third-party vendors have decided to take advantage of, whether it be LEGO-compatible carbon fiber bricks or gold-plated tiles. Here’s another one we really like: Build Upons.

Yeah, I don’t get the name either, but it’s a set of bricks that let you add lighted sections onto any LEGO creation. Whether you want to make a building that looks occupied (lighted windows), a car with actual headlights, or a robot with glowing eyes, these bricks let you do it when combined with a regular set of LEGO pieces. 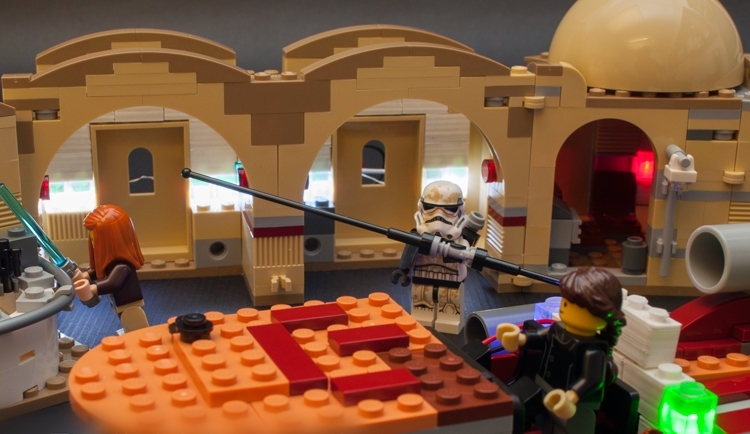 Build Upon consists of three types of bricks: LED, Power, and Bridge. LED bricks are 1×1 bricks that house a small LED inside; Power is a 3 x 3 brick that supplies power to the bricks, which it draws via wires from a connected battery pack that houses three AAs; and Bridge is a conductive brick that transfers power from the Power brick to the LED brick. Using Bridges, you can connect up to 10 LED bricks to each Power brick, which can keep them lit for up to 120 hours on a fresh batch of AAs. 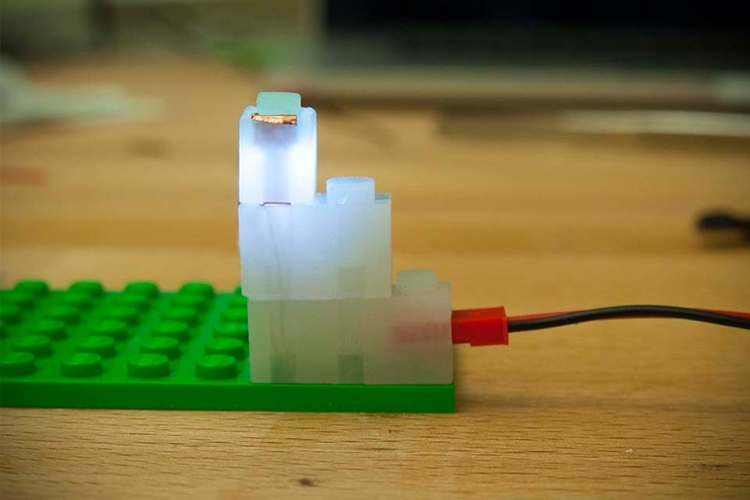 Granted, having to plug in the power brick to a separate battery pack doesn’t quite make for the most seamless design. If you put in some planning before starting a build, though, you could very well hide the battery pack somewhere in the design (e.g. hide it under the bricks or inside a structure), so those creative enough could still build some pretty nifty-looking projects even with wires in tow.

A Kickstarter campaign is currently running for Build Upon. Pledges to reserve a unit starts at $25.