Chronos 1.4 Camera Brings High-Speed Slow-Mo Shooting At A Fraction Of The Usual Price 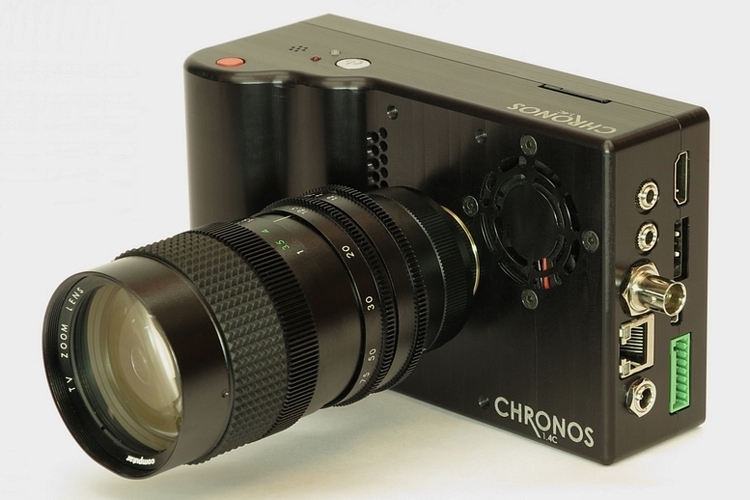 We’re big fans of Phantom’s lineup of high-speed cameras. Problem is, they cost well into the five figures, so they’re not exactly all that accessible to many filmmakers. Chronos 1.4 offers a more economical alternative.

Billed as a “high-speed camera you can actually afford,” it gets you a legitimate slow-motion camera at a fifth of the price of the cheapest Phantom. That lowers the entry barrier for the tech immensely, putting the ability to shoot stunning high-speed video into the hands of a wider swath of filmmaking enthusiasts. 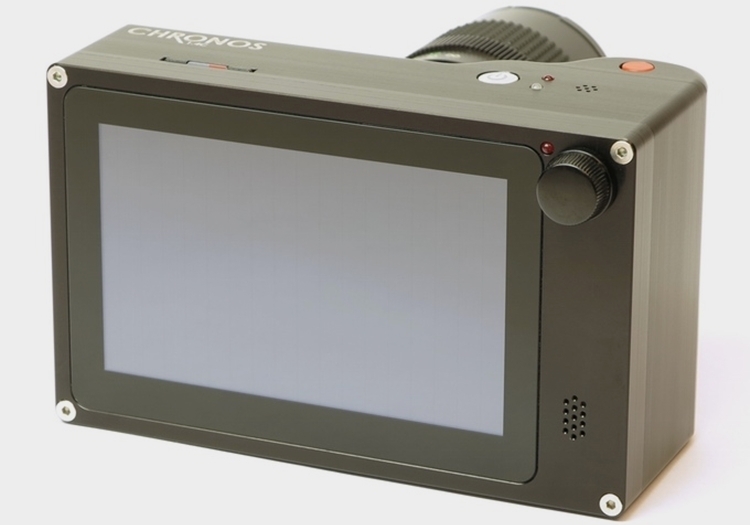 Made by Kron Technologies, the Chronos 1.4 can capture high-speed scenes at a rate of 1,057 frames per second (fps) at full resolution (1280 x 1024), 1,502 fps at 720pm, and 21,649 fps at the lower resolution, courtesy of a CMOS image sensor that boasts a 1.4Gpx/s throughput. RAW processing is supported directly on the camera while the footage is still on RAM, allowing you to adjust demosaic type, color matrix, and white balance before saving to the SD card. It’s highly portable, too, coming in a size that fits in the palm of your hand, with a machined aluminum case ensuring it performs durably throughout all your shooting adventures.

Features include 5-inch touchscreen display in the back, a handy jogwheel for conveniently flipping through frames, compatibility with both CS and C mount lenses, and a generous selection of ports (HDMI, USB, Ethernet, BNC, mic in, and more). It comes with two RAM sizes: 8GB, which can shoot four second videos, and 16GB for longer eight second footages.

A Kickstarter campaign is currently running for the Chronos 1.4. Pledges to reserve a unit starts at $2,749.