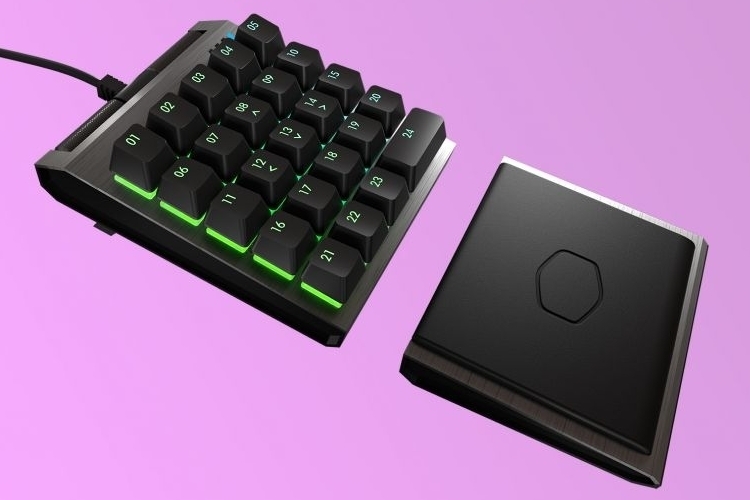 Any mechanical keyboard can provide all the controls you need to interact with any PC game. Some people, however, prefer the nuance of joysticks, which is why a good chunk of folks play PC games using controllers.  The Cooler Master ControlPad vows to bring that nuance to standard keyboard controls.

Billed as an “analog keyboard,” the device won’t just be able to recognize when you’re pressing a key, it can also detect how much force you’re exerting on any particular key, allowing an erstwhile regular keyboard to function like an analog stick. You know how, when you want a character to move slowly, you just push on the left analog stick lightly, then push it hard forward to get them running at speed? That’s, pretty much, the concept here, essentially giving you a keyboard that can provide much more complex input than traditional peripherals. 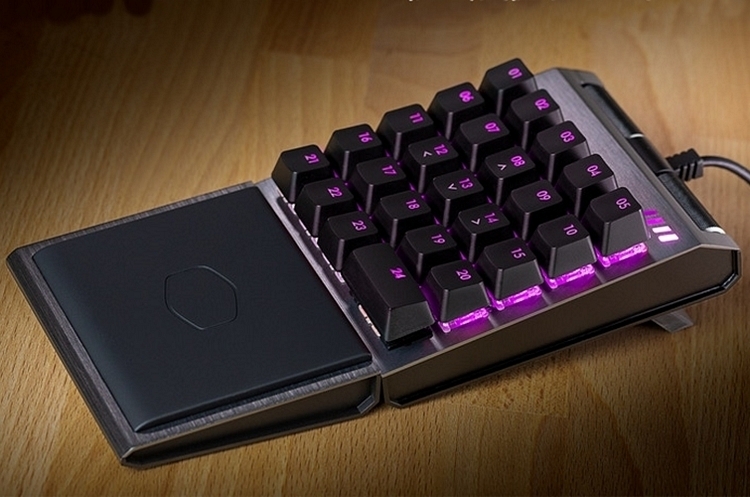 The Cooler Master ControlPad is a mini-keyboard with just 24 keys, so while it can’t replace the full functions of a regular keyboard, it does have enough controls to serve as its own gaming control. In fact, its ability to function as a pseudo-analog input means you can use it as a gaming replacement for both the keyboard and the mouse, essentially serving as a standalone gaming controller if you want it that way. Basically, you get a mini-keyboard that combines, arguably, the best qualities of a keyboard, a mouse, and gamepad in one device.

Of course, you must be wondering how it’s able to register the force you’re exerting on the key. Well, the device uses modified mechanical switches that are fitted with IR LED on top and an IR sensor at the bottom. When a key is pressed, the IR LED emits light, whose intensity the sensor measures to determine the key’s position between its highest and lowest point, which it then uses to extrapolate the amount of pressure you’re putting on the control. No changes were made to the actual mechanical switches, by the way, so they still work and feel the exact same way they’ll do on any mechanical keyboard. 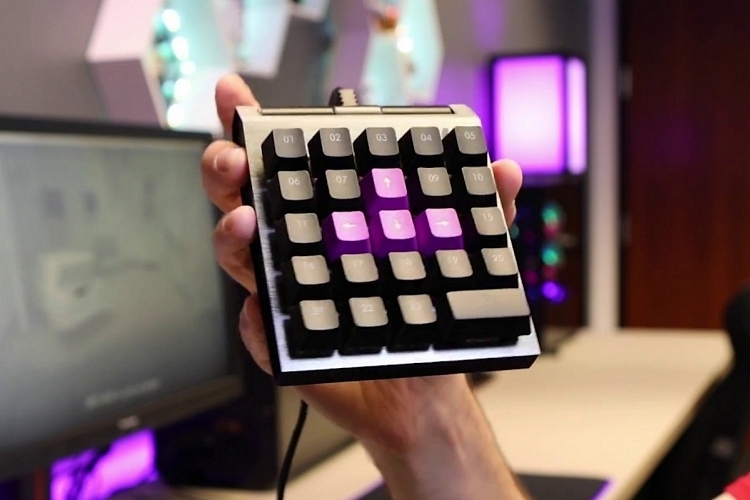 If all that sounds familiar, that’s because the tech behind Cooler Master’s ControlPad isn’t new. In fact, it’s a technology they licensed from Aimpad, which pioneered the concept of using a keyboard as an “analog” control. That means, this keyboard should work out of the box with the hundreds of games that already support Aimpad. It should also work nicely, with a little tweaking, for games that natively support the Xbox One controller (yes, it’s designed to be recognized as a controller, not a keyboard), so you shouldn’t have a hard time adapting this to your regular gaming routine. 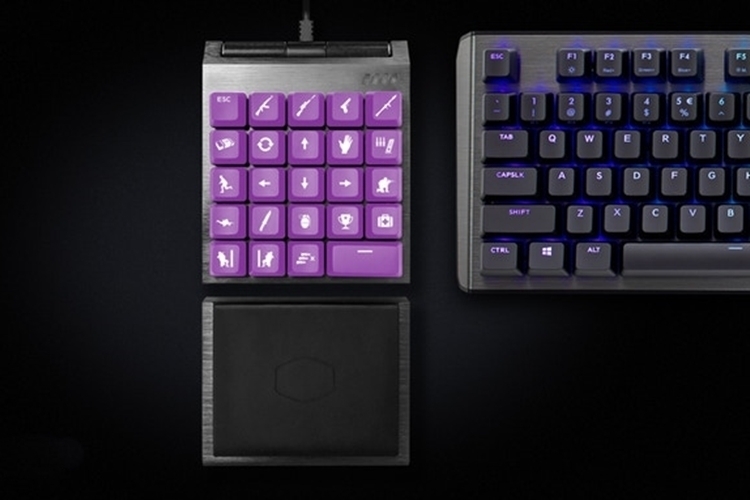 Aside from the 24 keys, the mini-keyboard also comes with two programmable scroll wheels on top, a removable wrist-rest, and even programmable RGB backlighting. For the mechanical switches, by the way, folks have a choice of either Cherry MX red or Gateron red, both of which, the outfit believes, will work best with the keyboard’s functionality.

A Kickstarter campaign is currently running for the Cooler Master ControlPad. You can reserve a unit for pledges starting at $65.