Covert Is A Hidden Universal Lock For Drawers And Cabinet Doors 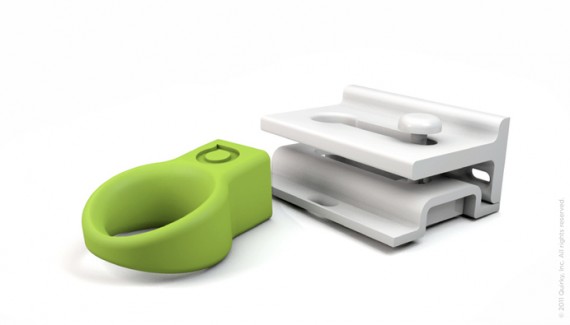 Desks with drawers in the office are great.  Except the cheapskates in purchasing decided to buy ones without locks.  Which means you can’t hide your ninja weapons there for fear of someone opening it and your affiliation to a secret warrior cult exposed.  Support the Covert drawer locks over at Quirky and you just might be able to solve your dilemma.

An add-on universal lock, the clever contraption lets you put a lock on an erstwhile unprotected door without looking like you added one.  Basically, it still looks like the same drawer.  Except no one can open it anymore.  Well, no one except you, of course. 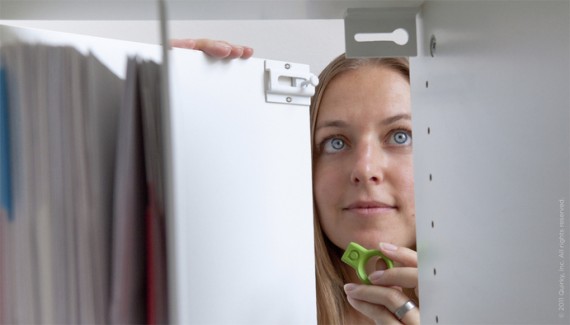 The Covert accomplishes its sneaky task by using a locking system that completely stays inside the drawer, away from sight.  Nothing gets installed whatsoever on the outer panel of the door, with the latching hardware setting up with screws on the inside panel of the door and the upper panel right in front of it.

How do you open it?  That’s the trick.  Instead of keys as with conventional locks, you use magnets — which are installed on both the latch and the magnetic key you can keep in your fob.  When opening, simply put your magnetic key by the door and slide it to open the latch. 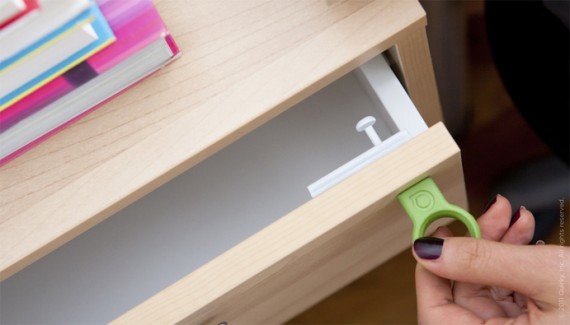 Of course, anyone with a magnet can also open the latch.  That’s assuming, of course, that they know what you installed (you’re the ninja, set it up on the sly).  Seriously, though, who the hell carries magnets in your office?  The Covert is currently still under  the “upcoming” section of Quirky, which means the community is still looking for ways to improve it before moving it to pre-production.