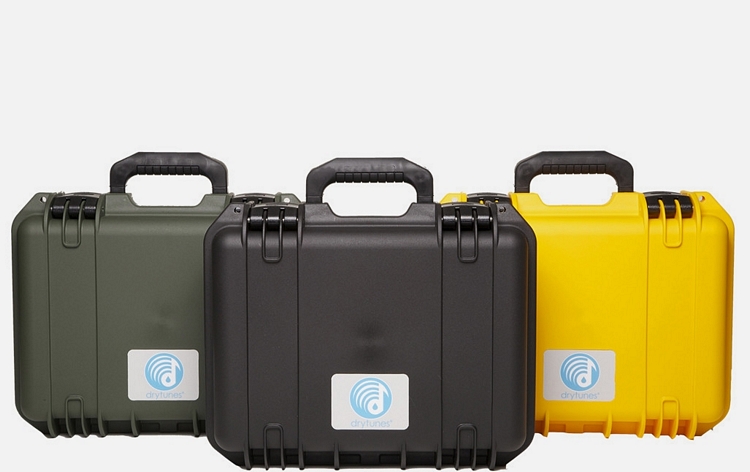 Sure, there are many waterproof Bluetooth speakers that are much more compact than the Drytunes. But that’s because this isn’t just a Bluetooth speaker. Instead, it’s also a versatile carrying case that you can customize in any configuration to organize any gear you’re taking along during your adventures.

Like other mobile speakers, it can pair with your devices wirelessly and pump out any music you stream its way using a pair of proprietary full-range audio drivers. For better convenience, though, it comes with easily swappable rechargeable batteries (16 hours of play with each fresh charge), so you can switch in a backup after the onboard one drains out during extended outdoor stays. 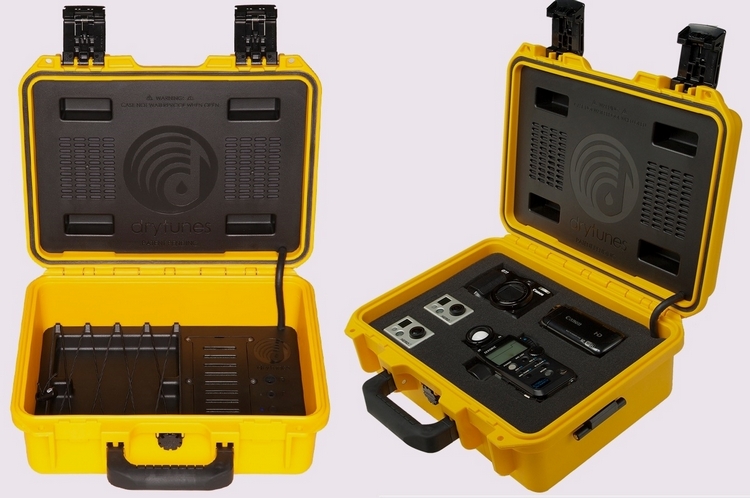 Clad in mini-suitcase form factor, Drytunes has a storage area with built-in pockets for a phone and small valuables, which you can reinforce with a second layer using fully-customizable foam organizers, allowing you to both transport and protect sensitive equipment behind its watertight shell. Need it to carry a pair of GoPros and drone accessories? Not a problem. How about a DSLR and extra lenses? Yep, that can be accommodated. Want it to hold a doomsday device you’re testing out in the woods? Sure, just customize the foam arrangement and you should be good to go. 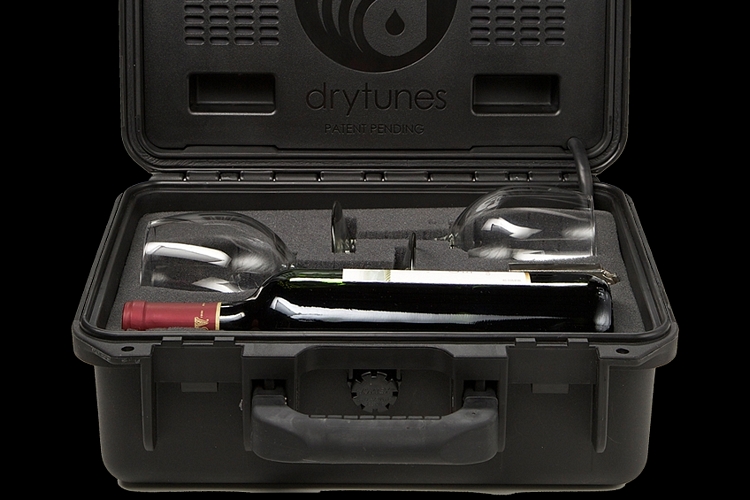 Dimensions are 14.2 x 11.4 x 6.5 feet, so it’s more like an oversized lunchbox than a bulky suitcase. It’s also designed to float in water (the lid where the speakers are will automatically face up, with magnetic controls right on the outside), so it’s perfectly suited whether in the job site, the trail, or in the deep end of the pool.

Available now, Drytunes is priced at $399.