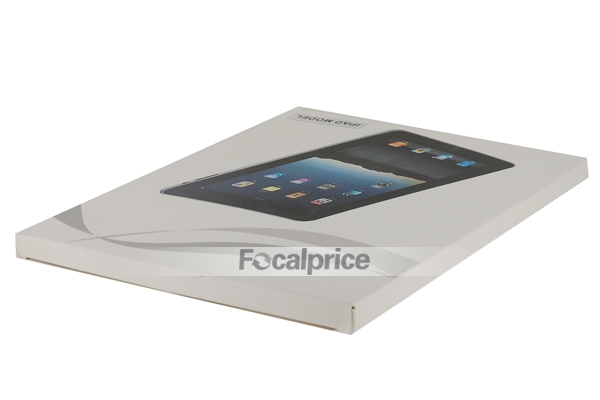 Ever feel left out when you use your netbook at the local café, while everyone else taps away on their iPads?  Join the self-satisfied tablet-toting masses with this Dummy iPad, a non-functional replica of Apple’s market-making slate.

Perfect for use as a store window display, the 1:1 replica cleverly mimics the original in looks, dimensions and weight.  That means, you can hand it off to people and they’ll think it’s real — just tell them it’s not running because you just drained the battery and you forgot the charger in the car.

The Dummy iPad has no working parts — just glass and metal and whatever else makes up the case.  If you’ve ever wanted to shoot a video of churning an iPad in a blender, throwing it around like a frisbee or frying it with batter, this should let you do all that without crippling your credit card.  Of course, you’re not really a violating a real tablet so it’s not authentic, but trust me — all the people who will “like” your video of mangling an iPad on YouTube and Facebook should be too distracted by something else to notice anyway.

Got family members who are hoping to get an iPad as a gift?  Have a chuckle at their expense.  Want to buy iPad accessories, but don’t want an iPad?  Here you go.  Think an iPad’s nothing more than a useless toy to impress all the drones in your social circle?  Well, this should get the job done.  It’s got so many uses, it’s ridiculous. Also if you are really on a budget but would still like to get your hands on a gently used first generation iPad, then can also find bargains on used iPads.

Or you can get a Dummy iPad from Focalprice for $23.86 apiece.