DxO One adds a 1-Inch, 20-Megapixel Camera to your iPhone 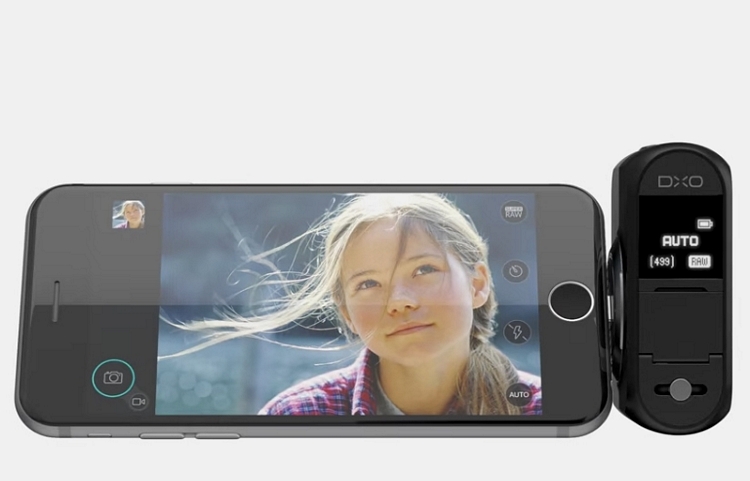 Similar to the Sony QX series and other products like it, the DxO One Camera is an accessory that adds a new set of sensor and lens to your iPhone. Rather than just bring slight improvements to your smartphone’s built-in shooter, though, it boasts DSLR-quality images, all while coming housed in an even more portable form factor.

How portable? The whole thing measures just 2.7 x 1.9 x 1 inches, making it small enough to keep even in a shirt pocket. That’s a notable improvement over existing products in the category, all while claiming some serious photographic talents. 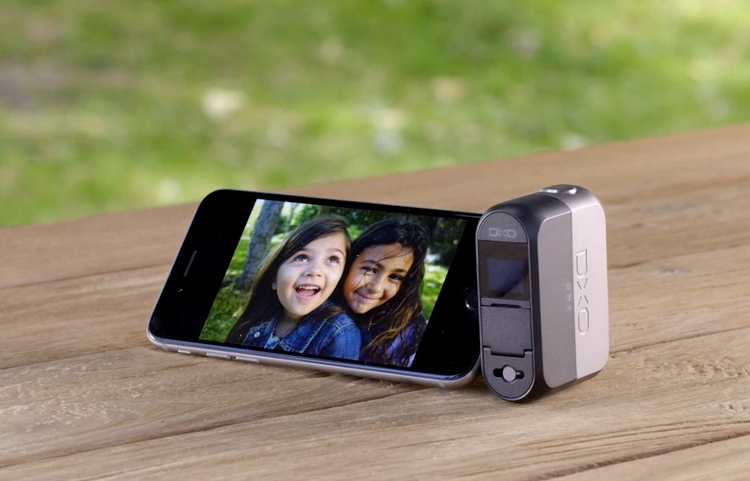 The DxO One Camera uses a 1-inch, 20.2 megapixel sensor that, the company claims, should deliver “vibrant, high resolution shots, even in low light.” They pair that with a six-element lens that can open up to f1.8 and down to f11, as well as a shutter that can snap pics at one-eight thousandth of a second. What should make it stand out, though, is DxO’s claim of having the “world’s most advanced image processing,” which allows it to score high marks on the company’s own DxO Mark sensor score algorithm.

During use, the camera attaches to the iPhone’s lightning port, where it can swivel up to 60 degrees forward and backward. While it has a small OLED panel for the settings, the phone’s display becomes the default viewfinder, allowing you to see scenes in greater detail directly from the accompanying app. Other features include a microSD card slot for storage, an integrated battery good for 200 photos on a full charge, and a file format called SuperRAW that stitches four RAW images taken back to back for better low-light performance (of course, it shoots standards like JPG, RAW and MOV, too).

Slated to ship in September, the DxO One Camera is priced at $599.