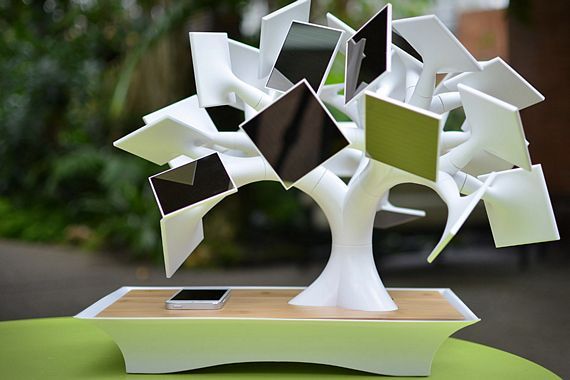 Solar panels are great, but those black slabs are all sorts of ugly.  That’s why we see people getting creative with their solar panel gear, such as decking it in svelte cases or arranging them in patterns.  The Electree+ offers another creative solution, integrating small solar panels as elements of a sculpture’s design.

Billed as “part sculpture and part appliance,” it’s made to resemble a bonsai tree with the solar panels acting as the leaves.  Everything is done quite artfully, too, so you can use it as a home accent as much as a free power charger for your smaller gadgets. 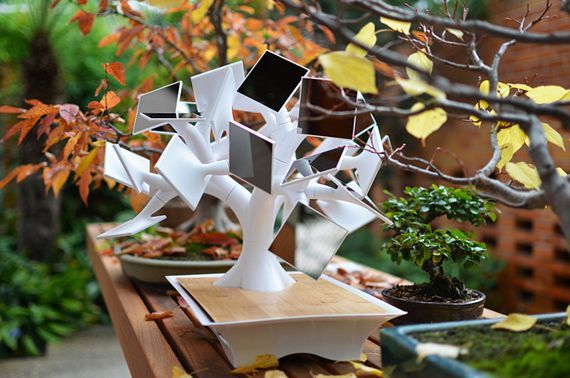 The Electree+ features a tree sitting atop a base platform with a battery housed inside it.  All electronics and wiring (aside from the solar panels, of course) are obscured from sight, so it looks just like a fancy bonsai tree sculpture with weird shiny black glass on top.  Charging your phones and tablets isn’t quite as sleek, though — you’ll need to remove the tree along with the baseplate to access the battery module where the USB ports are (at least with the prototype available).  If you’ve got a wireless charging capable gadget, however, the empty part of the baseplate can be equipped with a Qi wireless charging pad. 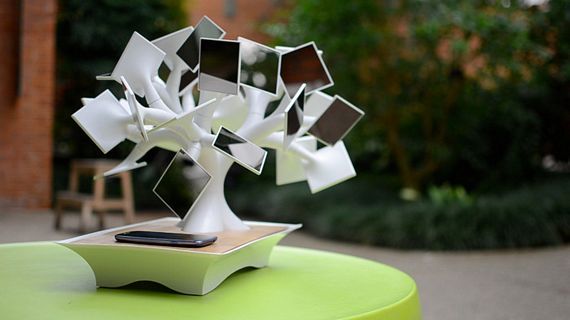 It harvests energy using 27 amorphous-silicon square solar panels, each one measuring 3.7 inches wide.  The panels are all adjustable up to 360 degrees, so you can move them to face your light source optimally.   It will come preloaded with a 14,000 mAh battery, which should store enough power to replenish nine iPhones or two iPads on a single full charge.

Slated to ship in May (if things go well), the Electree+ is currently collecting pledges on Kickstarter.  You can reserve yourself one with  a $199 pledge.