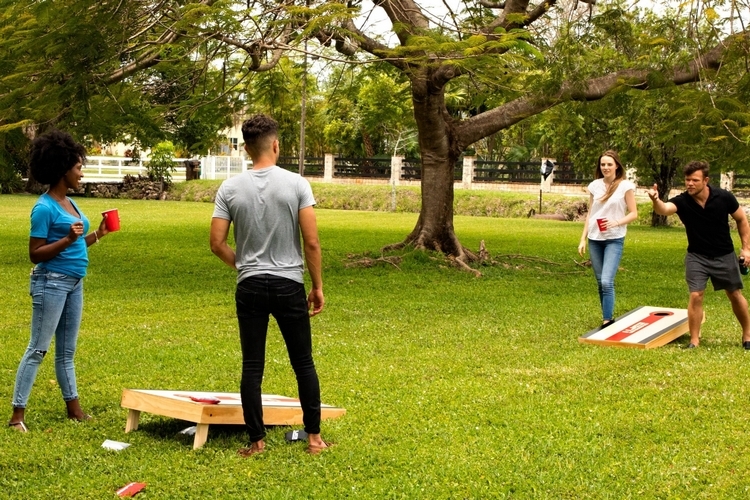 Yes, we’d rather spend our summers windsurfing at the beach, paddling on rivers, and soaking in pools, too. Truth is, though, not everyone can make their way down the water every single day to really squeeze the most out of the summer’s clear weather. Sometimes, you just have to turn up the air-conditioning and stay home. If that’s a little too sleepy for your liking, there’s no shortage of lawn games you can use to enjoy some competitive play in backyards, parks, and other readily accessible open spaces.

Whether you live in a household with kids, teenagers, or a bunch of grown adults, here are some of the best outdoor games that can keep you busy all through the warmer months. 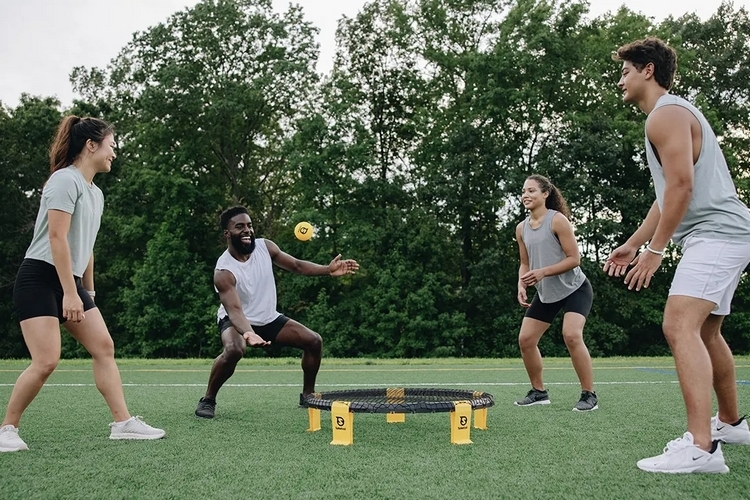 It’s, basically, volleyball, without the need to put up a giant net and play on a large court. Designed for two-on-two play, you start by setting down the hula hoop-sized bouncy net on the ground with all the players standing around it. Then, first player to serve spikes the ball into the net, such that it bounces towards your opponents, who then have to send it back to your team using standard volleyball moves. The official rules allow each team to pass the ball between the two players up to three times before sending it back, with a point scored when the other team fails to send it back. First team to get 21 points takes the win.

Not only is this incredibly fun for all ages, it makes for an excellent cardio workout. Seriously, you can skip the gym for the day with a few rounds of this in the backyard. Even better, the net has folding legs, so you can easily pack it up for taking to the park or the beach. 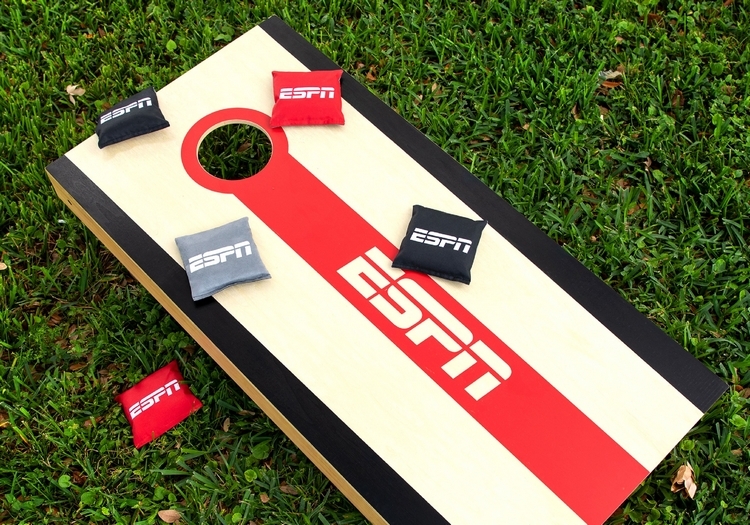 Yes, there’s no shortage of cornhole games out there. If you’re going to play the timeless classic, though, might as well do it while feeling like you’re competing in the American Cornhole League on ESPN. Yes, that is apparently a real thing. The product page even claims that its “suited for professional players for daily practice,” so you can be using the same rig as the best cornhole players the world over.

These are official-sized tournament items, with a board measuring 4 x 2 x 1 feet and bean bags measuring 6 x 6 inches, complete with prominent ESPN branding all throughout, so you can tell people you’re staging an official tournament or something. Board is made from premium New Zealand pine wood, with two-sided bean bags (one side is slick, the other is grippy) that are weather-resistant and double-stitched for durability. 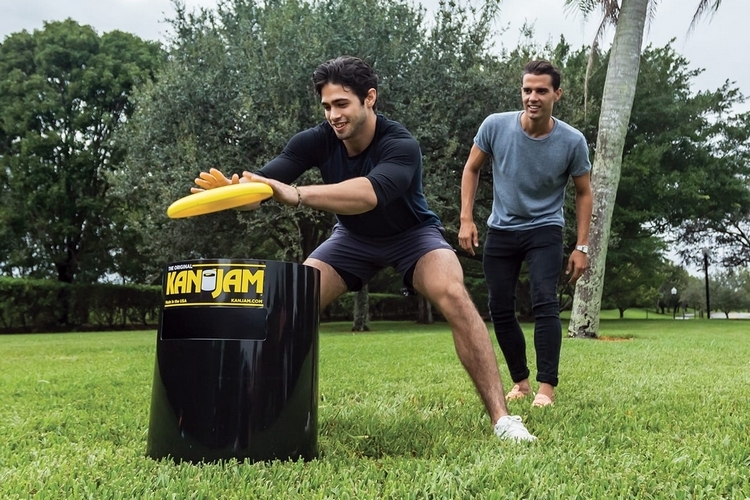 If you like Frisbees, then this outdoor game just might be right up your alley. In the game, you take turns trying to shoot a flying disc onto an opponent’s can, which comes with two points of potential entry for the disc: a wide open top and a window on the side. You get three points for getting the disc via the top opening, regardless of whether you throw it straight it there or the opponent deflects it straight to the hoop, while you get a single point for hitting the rim of the can (opponent needs to deflect it away completely). Being able to throw the disc straight through the windowed side opening instantly gives you the win, although that’s really, really hard to do, so going for the instant win might not be the most efficient strat. 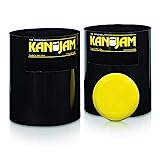 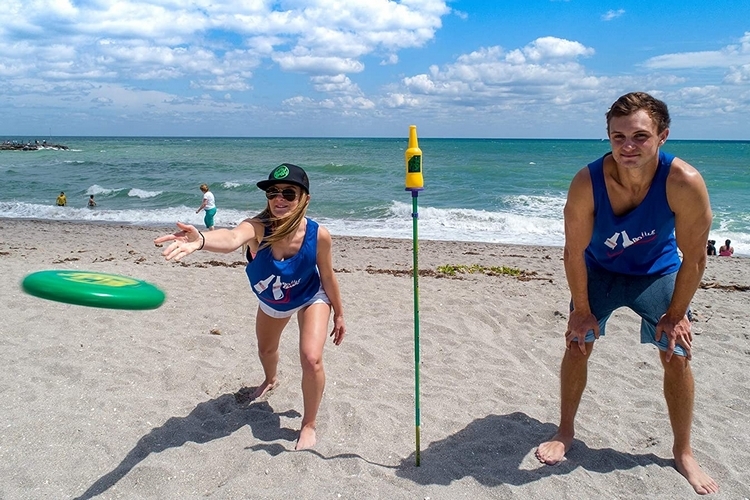 Yes, we’d rather shoot at bottles with slingshots or air guns, too. Since those things aren’t the safest to play with when you’re at home, especially with younger ones in tow, this game, which has you knocking down bottles with Frisbees, should make for a family friendly alternative. It uses plastic bottles, so there’s no broken mess to deal with afterwards, while the bottle stands can be mounted securely on grass, sand, and concrete surfaces alike. 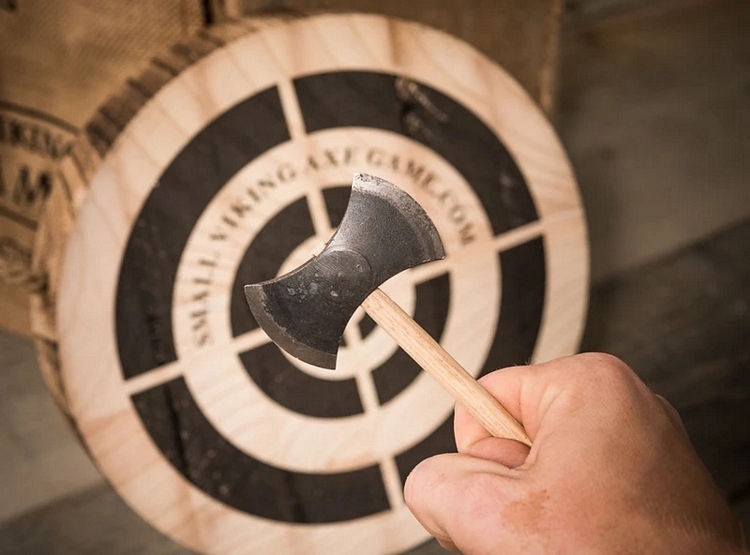 Throwing axes on a target? Fun. Doing that in the backyard? Uh… probably not the safest thing to do around your house in the suburb. This game replaces the standard-sized throwing axe with a dart-sized one, allowing you to turn axe-throwing into a game of darts that’s not quite as scary to have around. Yes, the mini-axes still have sharp edges, so you don’t want small kids treating this like a toy, but adults and responsible teens (you know… the kind you can trust with a sharp dart) can have a heck of a time channeling their inner Viking with this set up in the backyard. 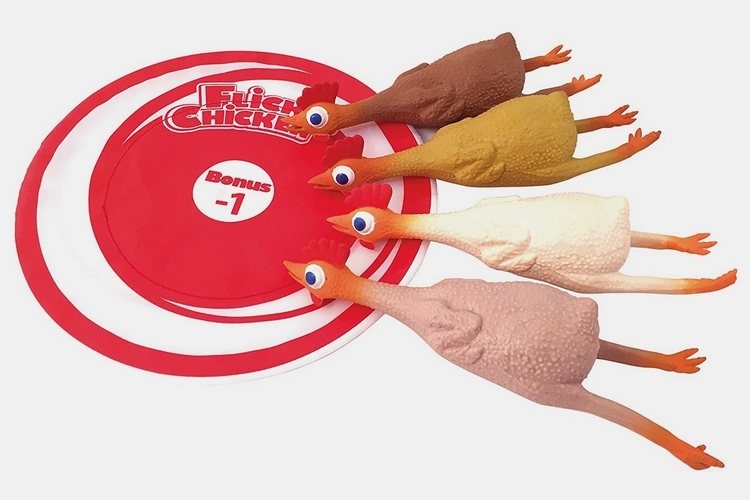 First, you throw the disc target as far as you can. Then, you throw a goofy-looking rubber chicken towards the target. First person to land it on the disc in the fewest number of throws wins. You know, like bocce balls… except you’re throwing rubber chickens with googly eyes. Oh yeah, the chickens bounce, so you can’t just use your precision aim to land it straight on the target, since the darn thing is likely to bounce a few times before settling down. It’s a simple game with a fun twist that makes all the difference when it comes to fun. 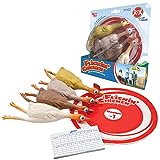 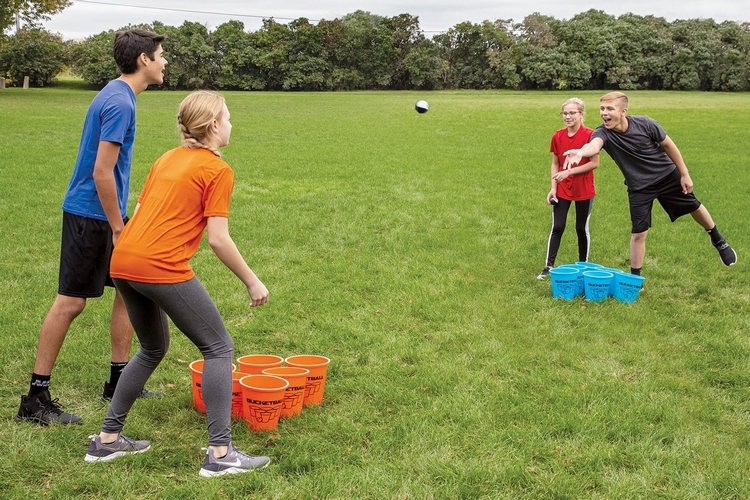 This yard version of beer pong swaps out the red solo cups in favor of buckets, allowing you to take the classic party game to backyards, parks, and beaches this summer. It comes with 12 buckets (six for each side) that are stable enough to not fall over each time it gets hit (no need to add weights for the most part), along with two bouncy balls that measure 2.3 inches in diameter each, so you can do bouncing trick shots if you feel like showing off. The balls are designed to float in water, by the way, making this pretty frustration-free when used around the pool and on the beach. Being a family game and all, you can just swap in the drinking part for something else, as well, unless you’ve got all the adults around looking for some way to make getting drunk more fun. 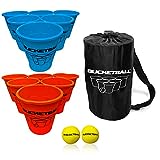