Just like every year, Funko had one of the most festive booths at this year’s New York Toy Show. Seriously, it’s shelves upon shelves of adorable figures for a seemingly never-ending list of pop culture properties. Among them, of course, are Funko Pops, one of the biggest collectible figure sets in the history of pop culture. While seeing rows upon rows of the newest Funko Pop figures are par for the course with the company’s booths, this year’s shelves were especially notable for the inclusion of buildings right next to the figures. And those buildings will be part of the new Funko Pop Town line. 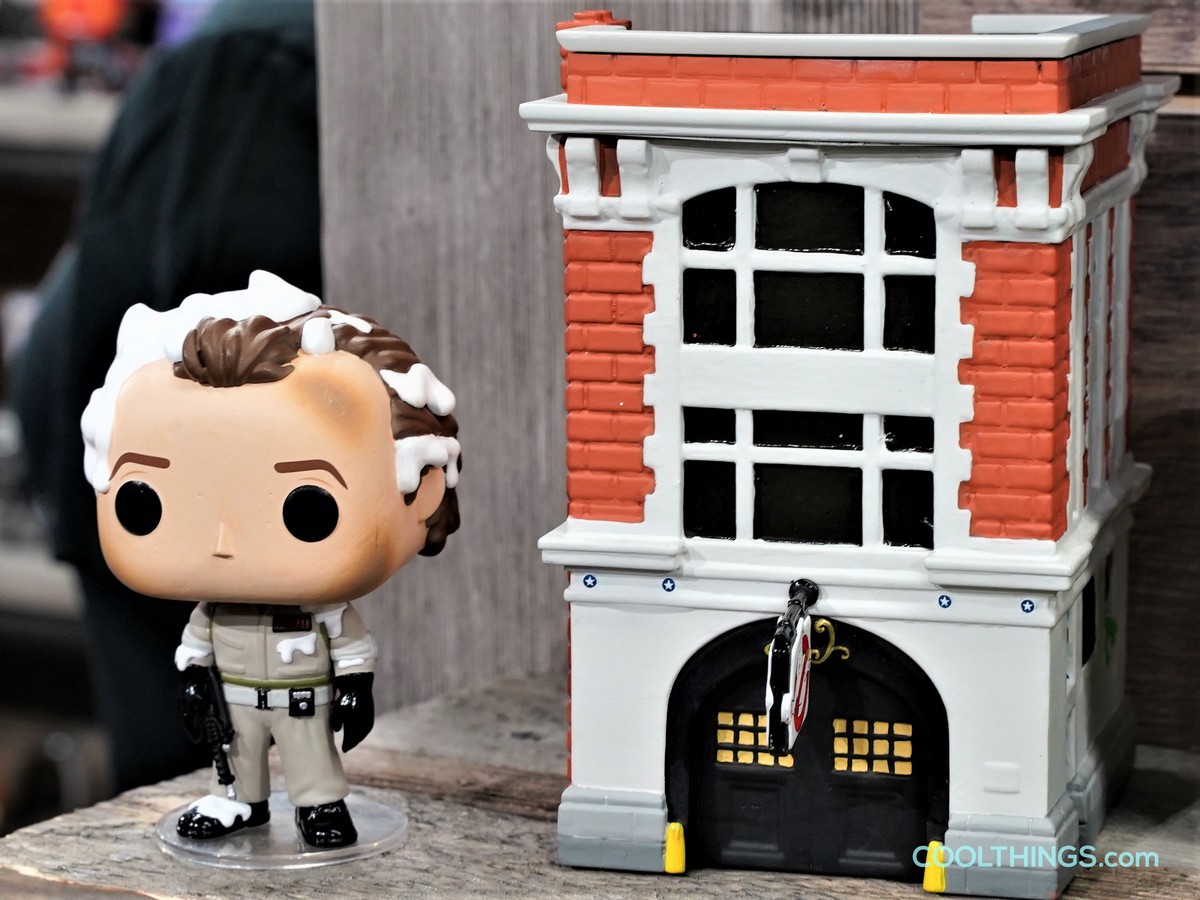 That’s right, Funko’s going to be cranking out recreations of buildings from pop culture, too, allowing you to showcase iconic structures right next to your collectible figures. No, it’s not actually scaled such that the figures can fit inside the buildings; instead, they’re sized to be larger than the figures, although not by much, so the buildings are strictly for showing off on a shelf rather than the interactive play you would do with LEGOs.

The Funko Pop Town, basically, recreates memorable places in pop culture, done up in the familiar Funko Pop style. At the show, they had the Ghostbusters fire station and Spongebob’s pineapple home right next to the franchise’s figures, making us initially think it was just for display purposes. As it turns out, though, those two buildings are actually part of the new line, which we’re expecting to officially drop in the next few months. Aside from those two Pop Town items on display, they’ve also confirmed Scooby-Doo’s haunted mansion to be among the first inclusions in the line. 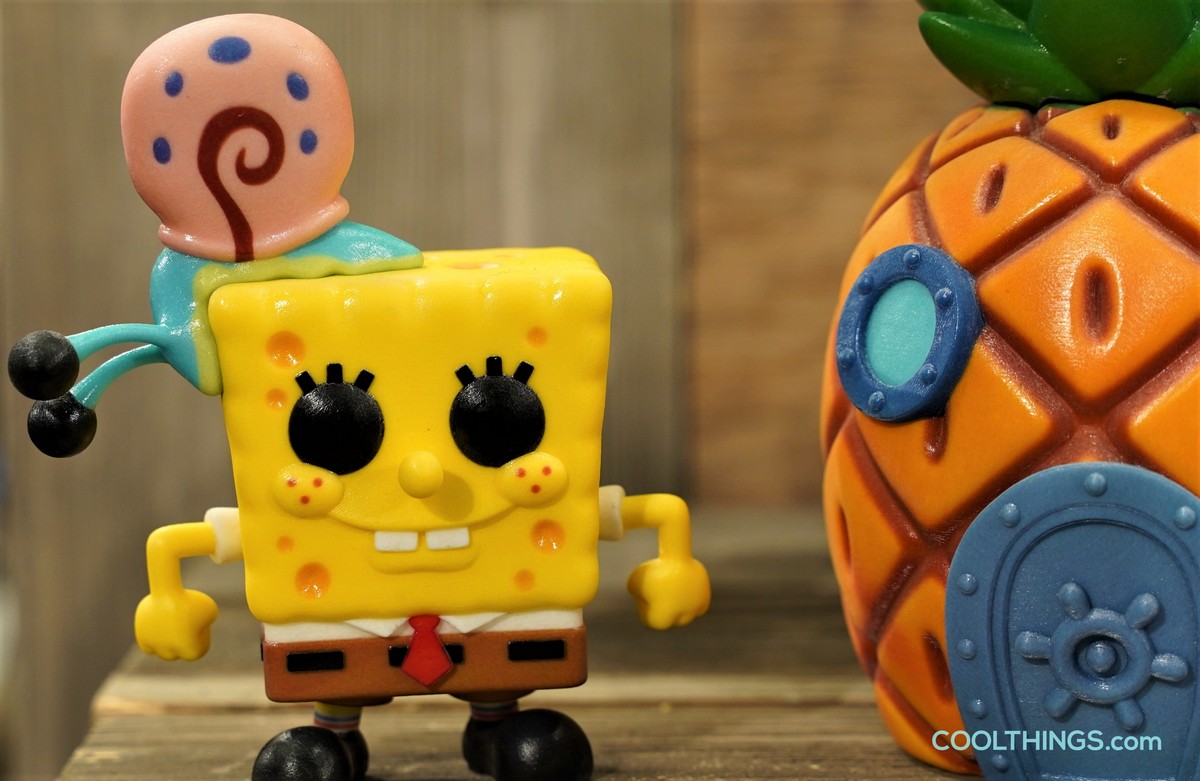 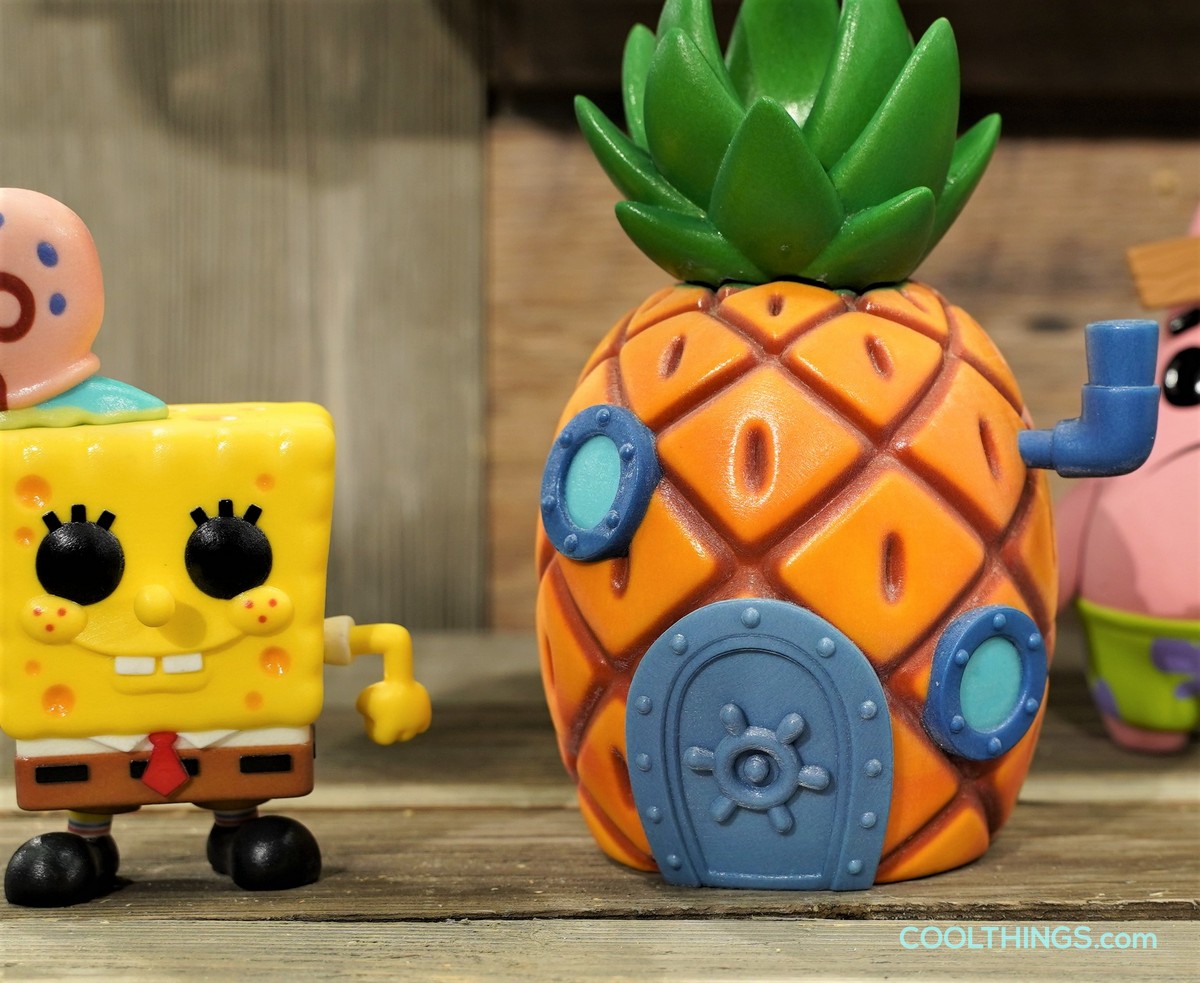 If you’re a fan of Funko Pops, your mind’s probably already racing about what sets you’d like to see included in the line. We’re thinking Wayne Manor (or the Joker Manor, we’ll be happy with both), the Simpson’s house, and every Disney castle imaginable. How about the Flintstone’s House? Or He-Man’s Castle Greyskull? Yeah, there’s a lot of these things we’d like to see.

Aside from Funko Pop Town, the outfit also announced new characters from over 60 properties coming to the line. That includes figures from KISS, Jaws, Cheech & Chong (yep, really), and even obscure TV shows from many years ago. 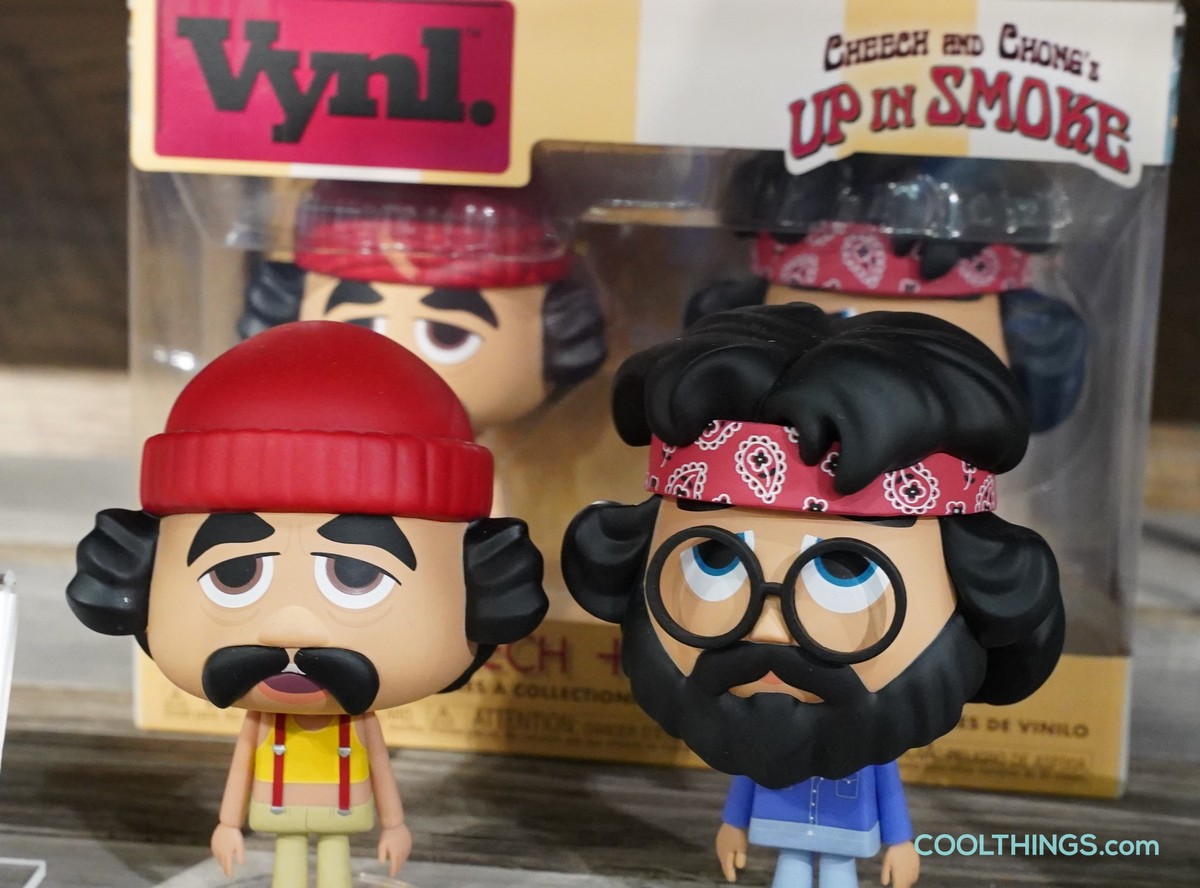 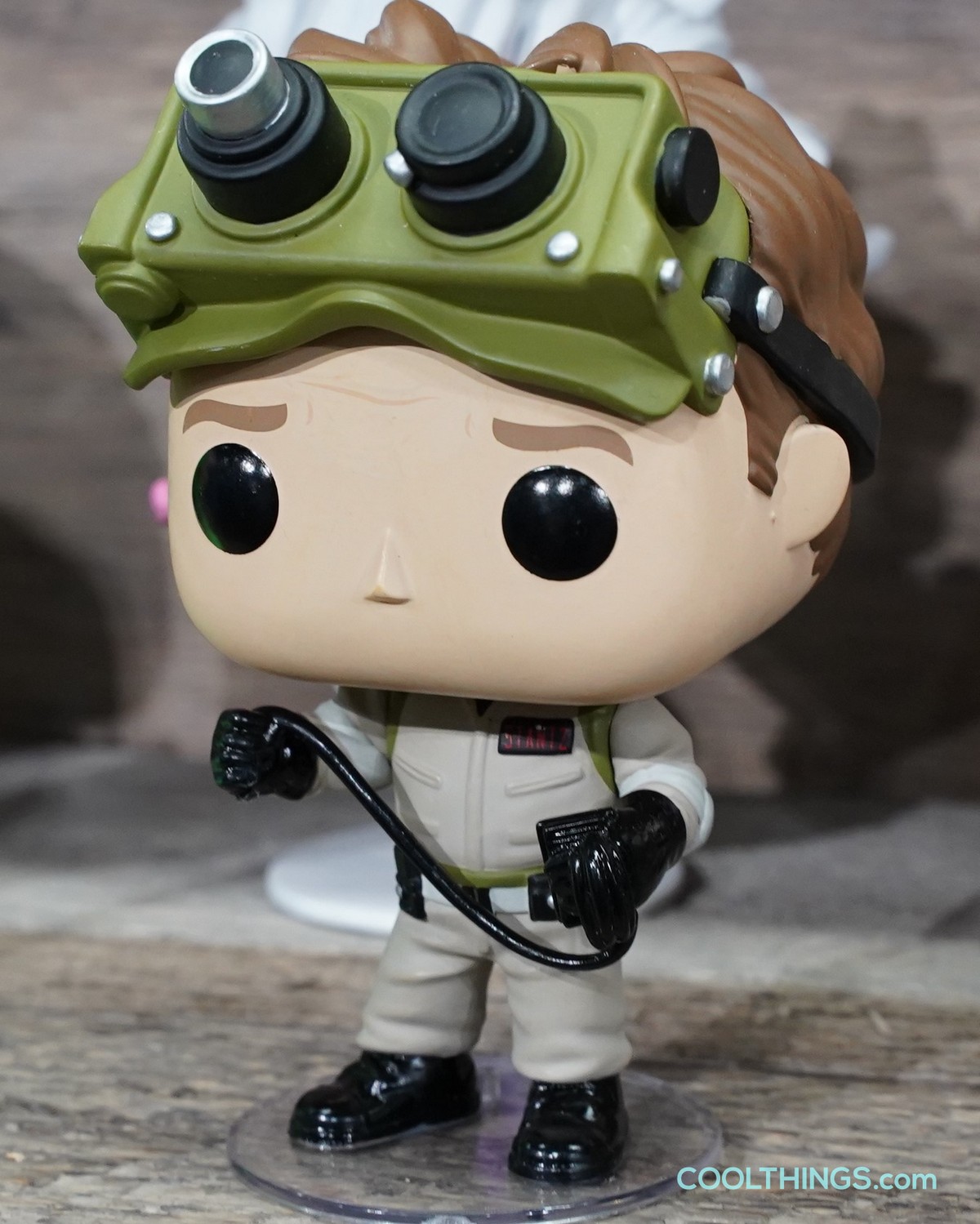 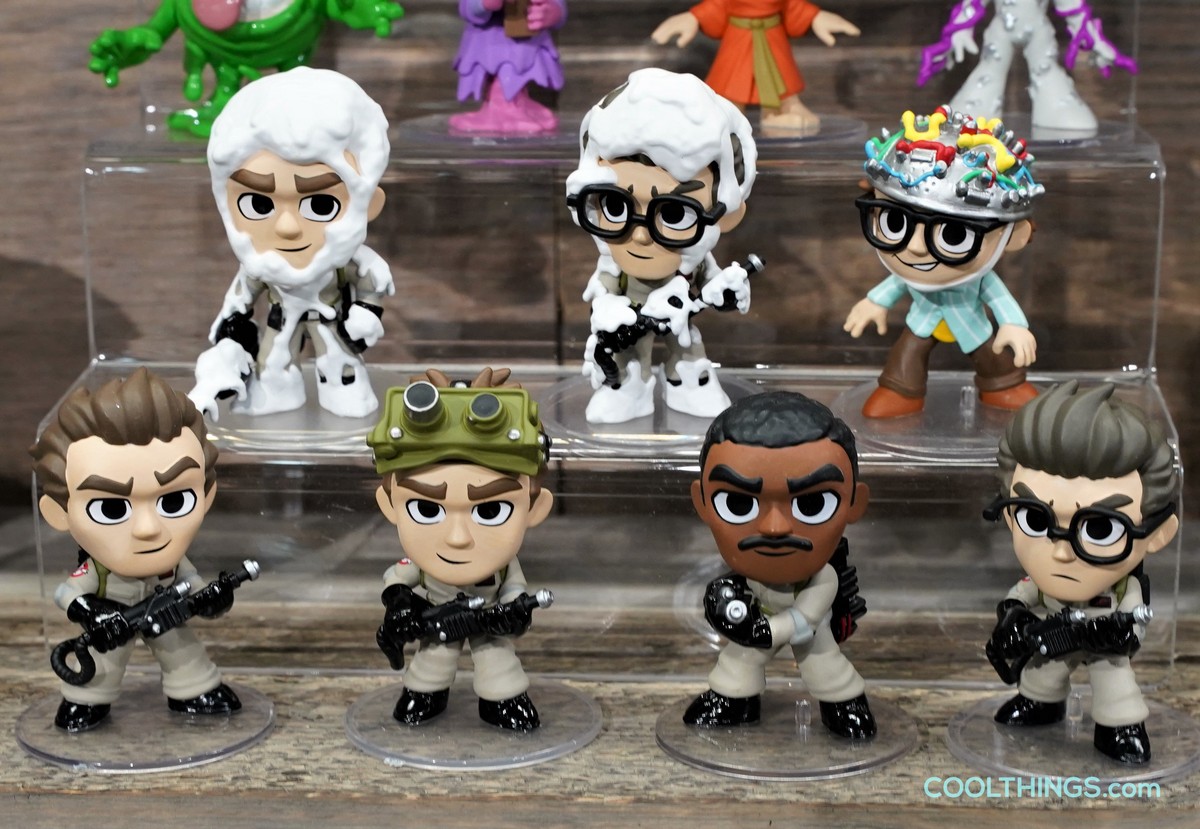 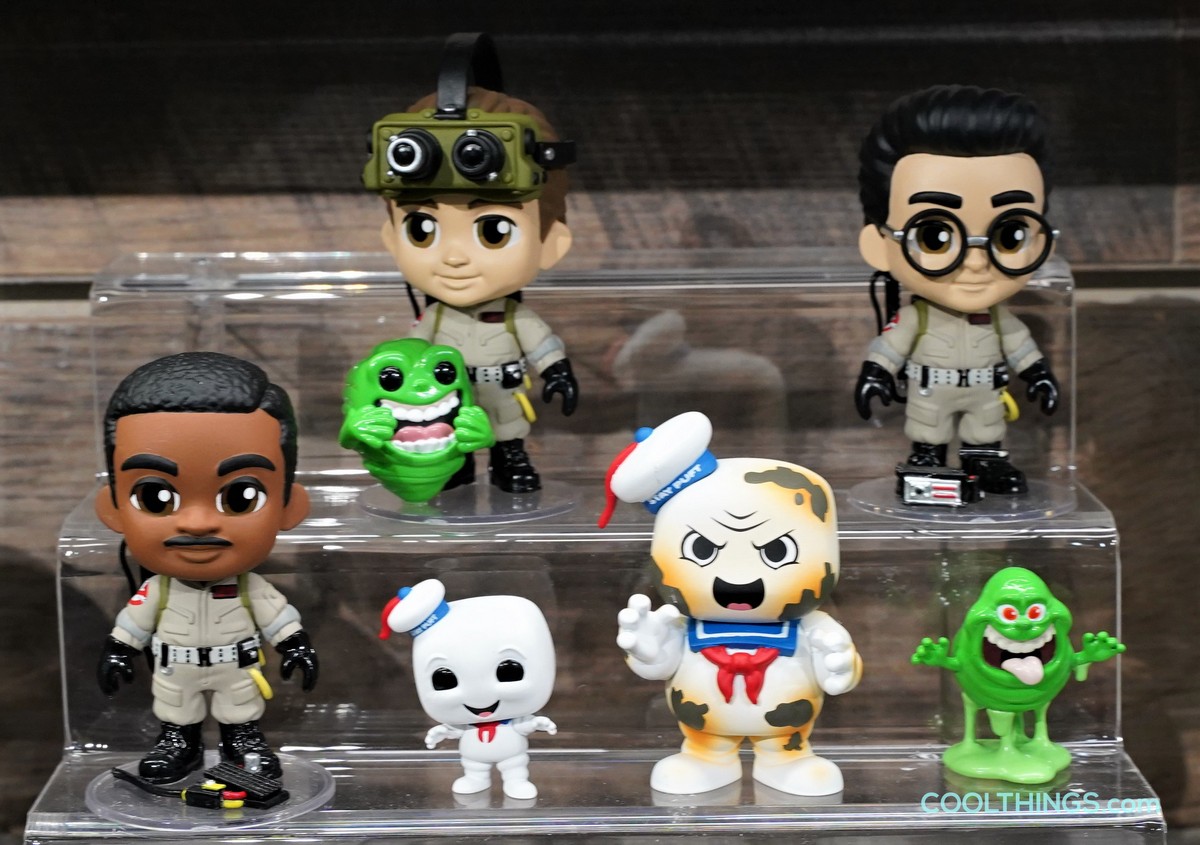 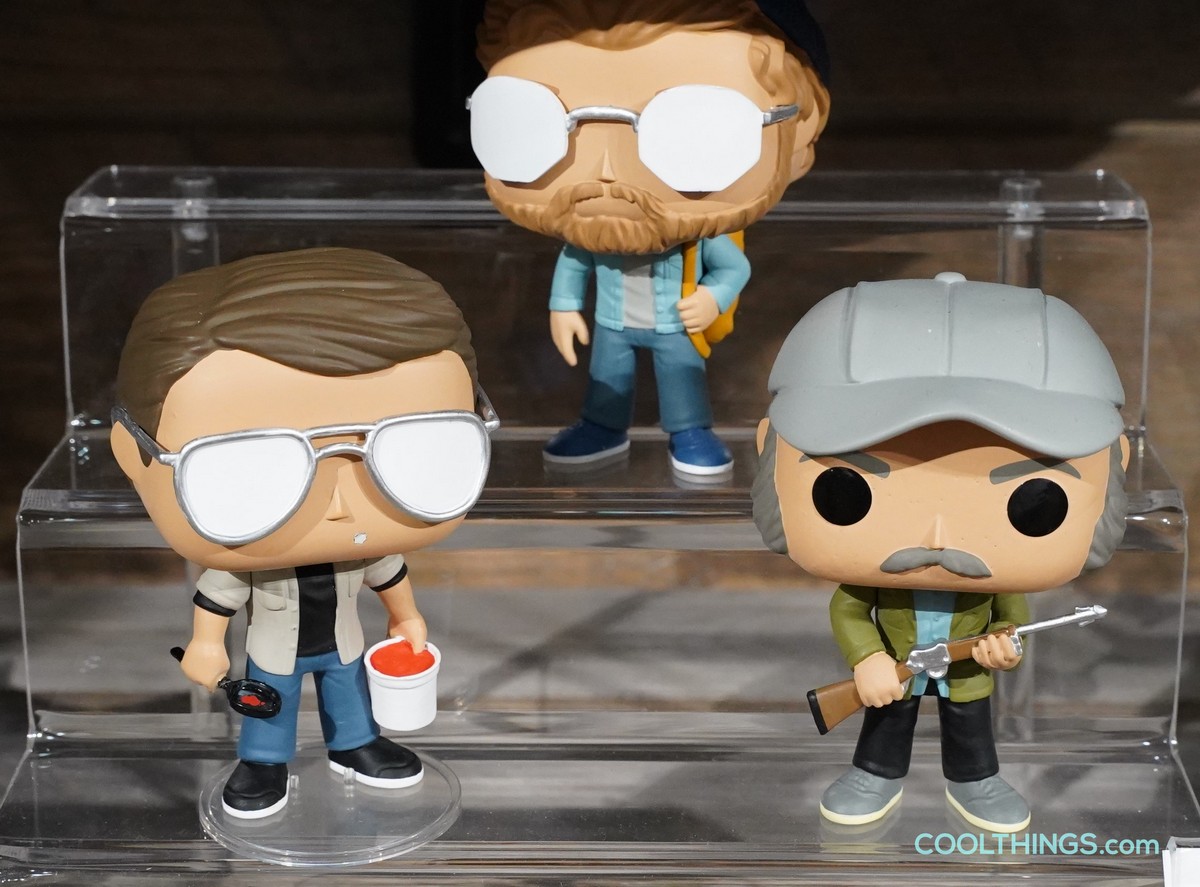 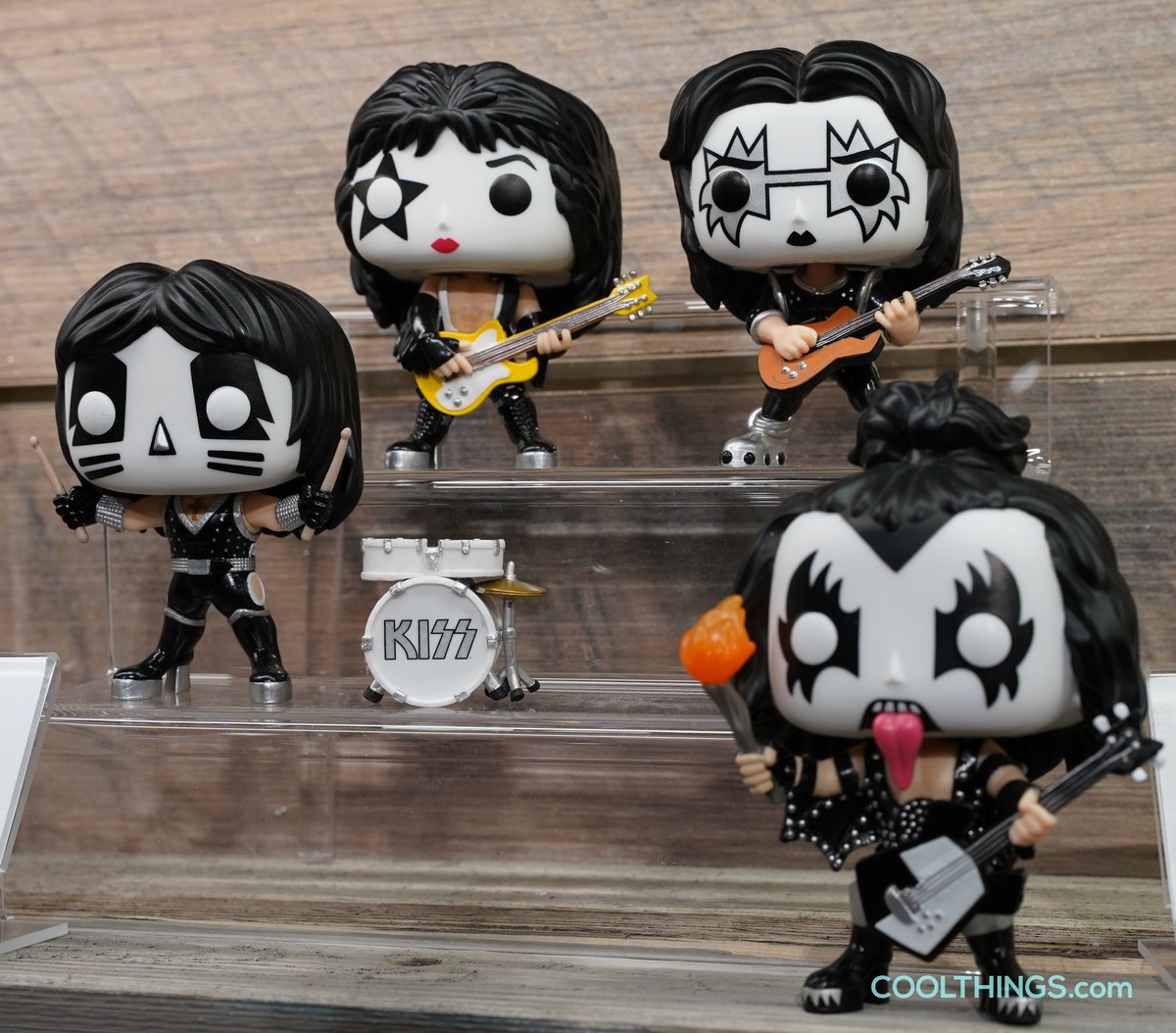 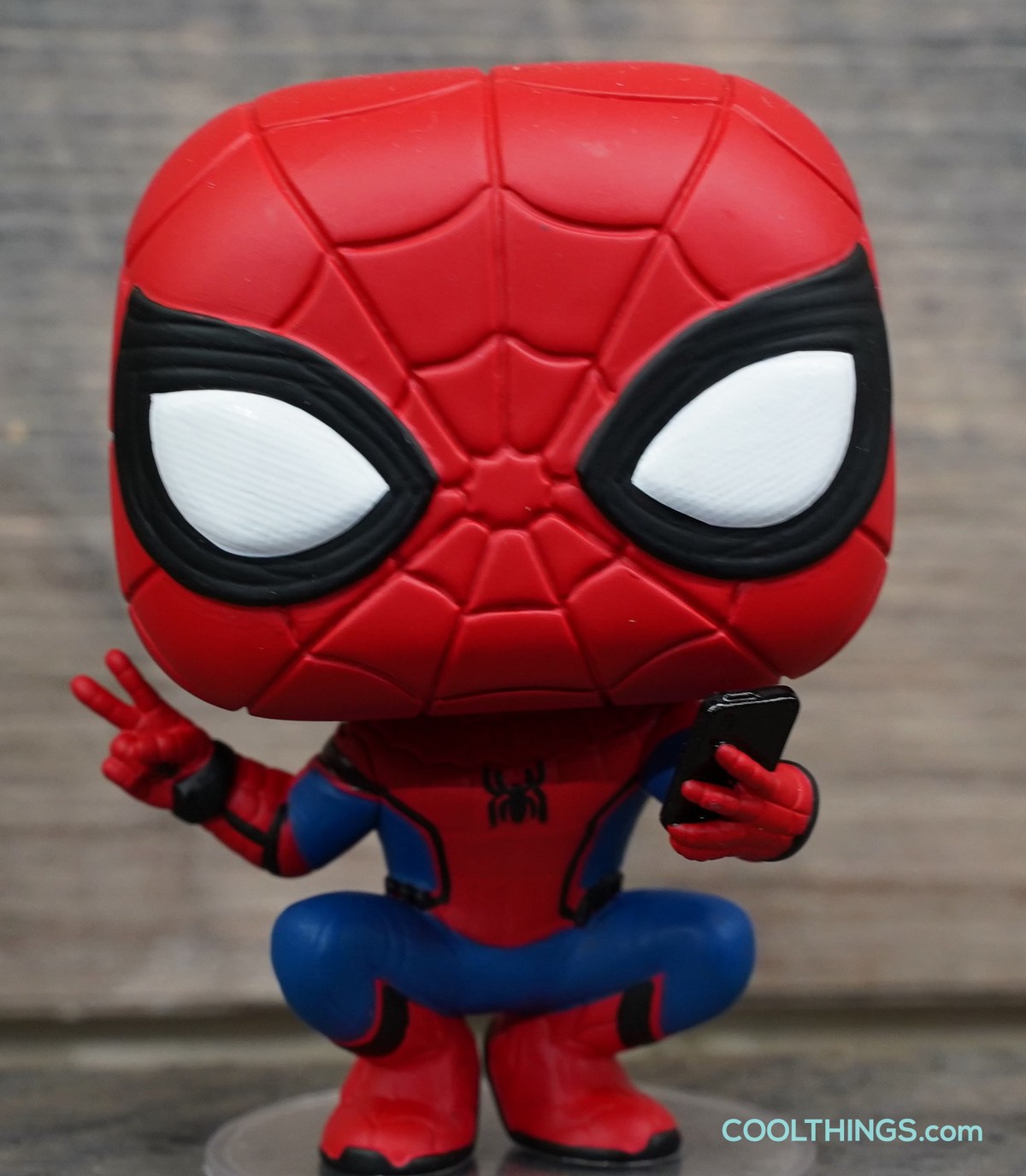 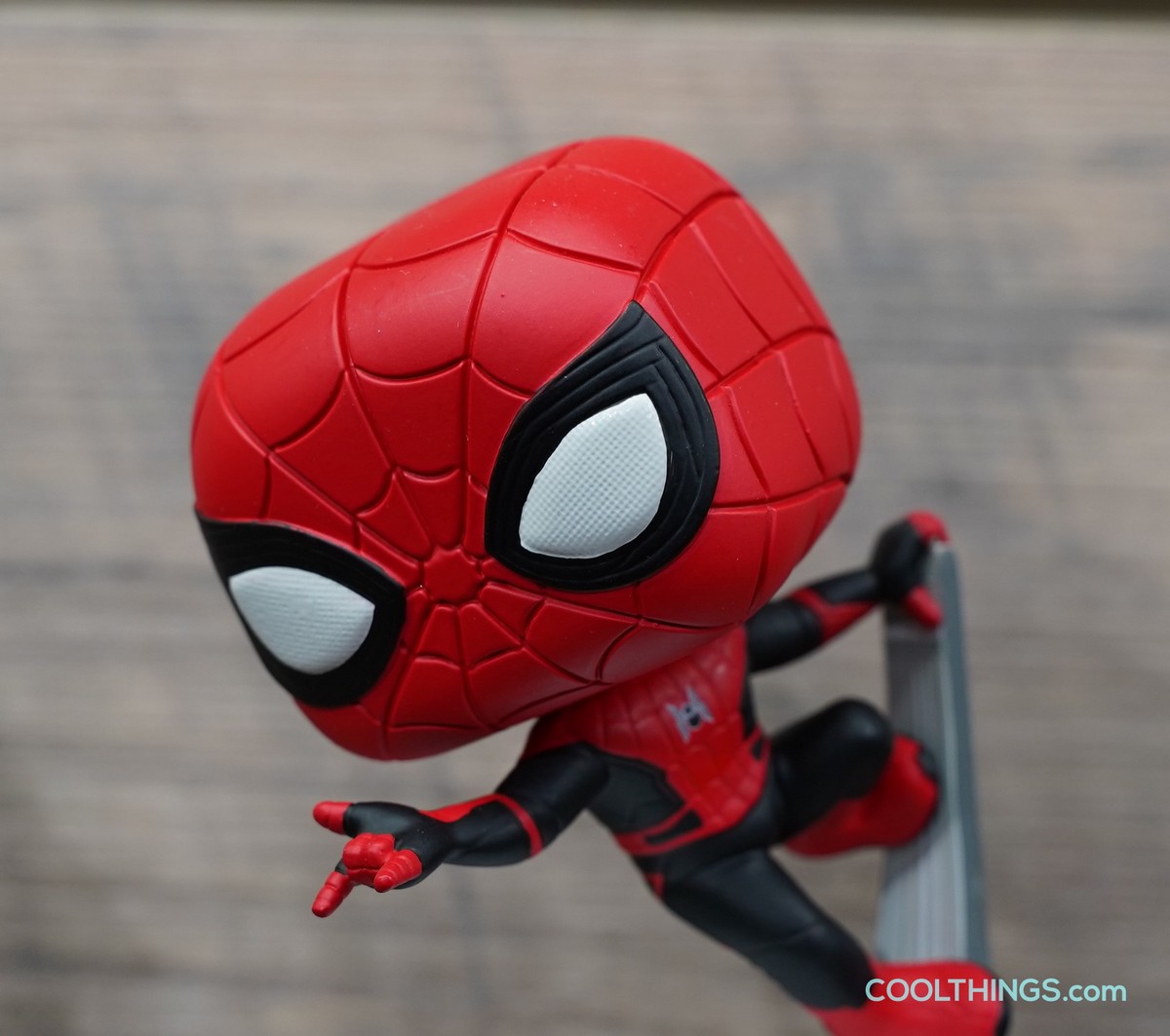