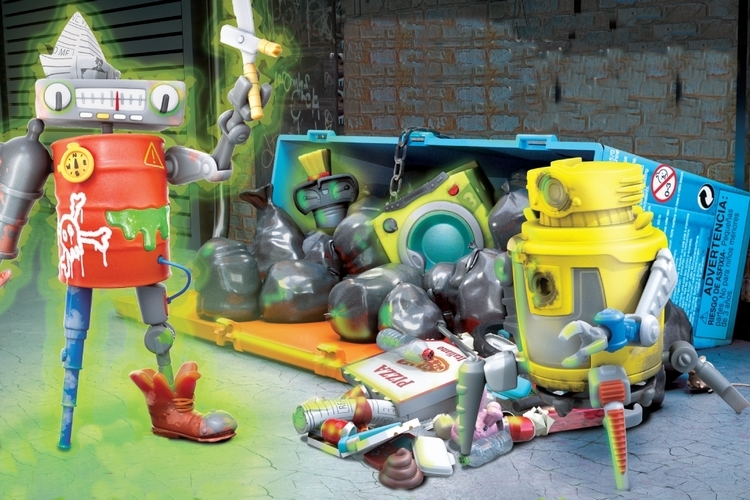 In a post-apocalypse world, we’ll likely be building our stuff using random junk we find around us. At least, that’s how it feels like when watching most of the post-apocalypse movies and television shows out there. The Hexbug Junkbots look to introduce kids early to that junk-reliant future with a collection of toy robots that they need to assemble using seemingly random junk.

That’s right, Hexbug’s new line of robot collectibles will have you cobbling together characters using scrap items that you would normally find in a junkyard. You know, like broken washing machines, speaker cabinets, and other kinds of discards from our consumer lifestyles. That way, your kids will be duly prepared for their seemingly inevitable post-apocalypse existence, whether it be due to aliens, zombies, or, since we’re dealing with junk robots, technological singularity. 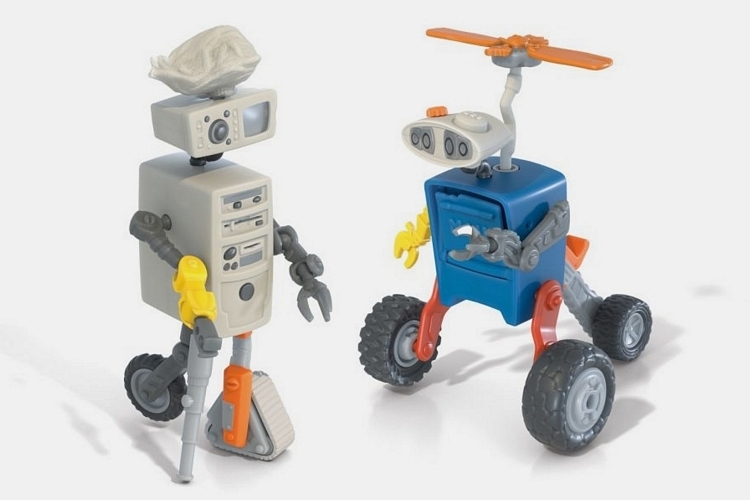 The HexBug JunkBots line consists of 36 robots, each one constructed using individual plastic parts that look like all sorts of scrap items. There’s a robot, for instance, with a head made from a bookcase speaker cabinet, a torso made from a suitcase, and tripod feet cobbled together using various long objects, as well as one with a car radio for its head, a toxic waste barrel for its torso, and various jointed parts for its limbs. Basically, it’s the kind of robot you’ll end up with if you left someone in a scrapyard, taught them how to weld, and told them to build a robot from parts that they manage to salvage on the spot.

All robots come unassembled, by the way, so when you first open the box, all you’ll find are individual junk parts. Basically, it looks like you bought a toy set of random everyday items, piled together in a box with no rhyme or reason. And yes, random objects in miniature form like tiny desktop PCs, medical equipment, and machine parts can definitely make for some fun even if you don’t assemble them into automatons. 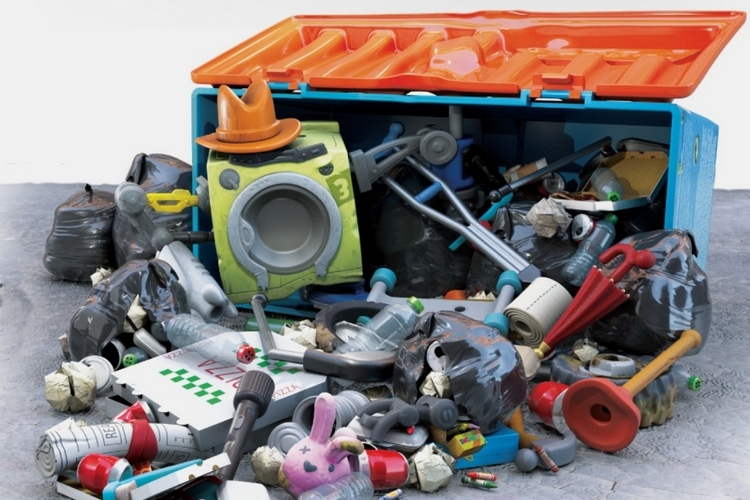 The HexBug JunkBots assemble in a pretty straightforward way – you just stick the various parts to whatever serves as the torso and you’re good. From what we can tell, there are clues inside that allow you to figure out which head goes with which torso and so on, in case you want to assemble all 36 characters they designed. For those with more freewheeling tastes in their play, you can just randomly put heads, bodies, arms, and legs together, turning out any kind of Frankenstein robot your imagination will concoct. 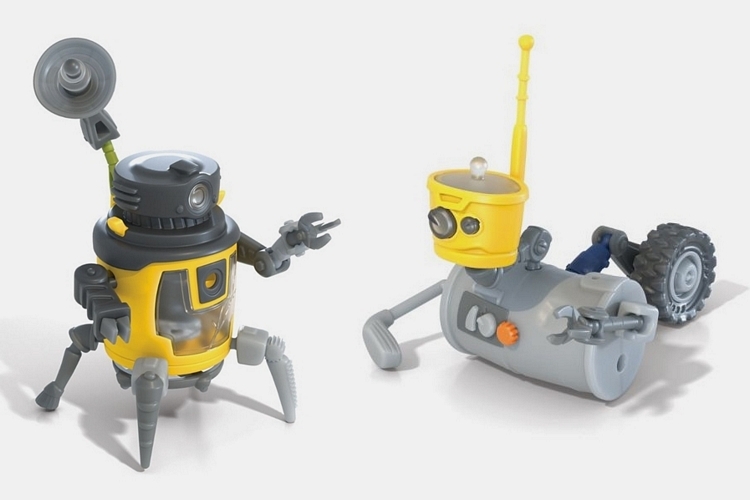 Depending on the set you purchase, it can come with “energy cores,” which can light up and make the robot move using vibrations, making the whole thing feel just that much more dynamic. Those energy cores, by the way, are powered by coin cell batteries (included with each). In keeping up with today’s unboxing-conscious collectible toys, the packaging boxes are designed to look like trash cans and dumpsters, all of which you can use as display stands once you put the robots together.

The HexBug JunkBots are available now, priced starting at $4.99.