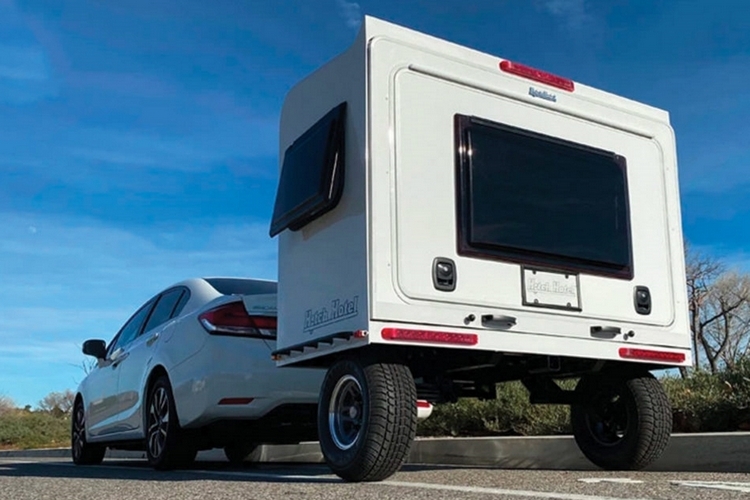 We’re big fans of the original Hitch Hotel, a compact telescoping trailer that can be mounted right on a car’s hitch, allowing you to drive around with a functional camper without having to tow anything. It’s incredibly convenient. Problem is, it only worked on vehicles with a Class 3 hitch or higher, making it unsuitable for most folks who drive around on sedans, hatchbacks, and similarly smaller vehicles. The Hitch Hotel Traveler offers those people an alternative.

No, it doesn’t mount on the hitch like their original camper, which is now called the Classic. Instead, the new one actually comes with two wheels, so you tow them much like a regular trailer. Except, you know, it’s much more compact, allowing you to fit your car with the trailer onboard in a standard garage or parking spot. Seriously, it’s a trailer you can drag around behind your car all the time. 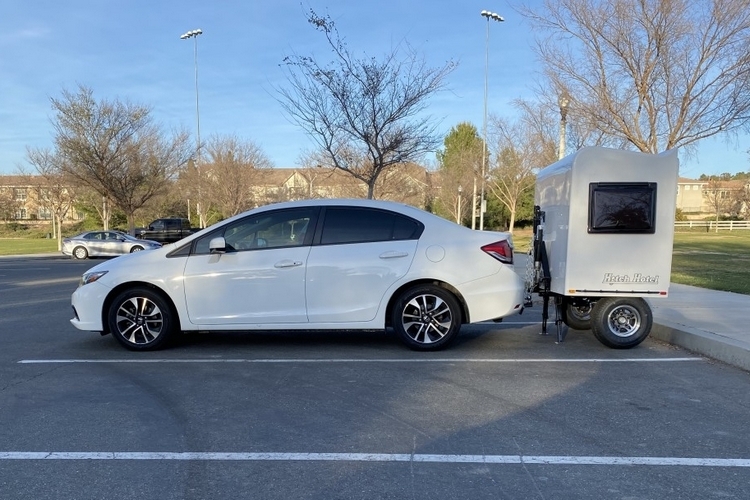 The Hitch Hotel Traveler is a telescoping trailer that measures just 39 inches long when fully collapsed, making it incredibly easy to both tow and park, saving you from the usual hassles associated with dragging a large trailer behind you. Instead of mounting on the hitch, it trails behind your car using a pair of 10-inch wheels, with tires that look chunky and grippy enough to let you take it around less-than-hospitable trails. Open the door in the rear to reveal 60 cubic feet of cargo space that can accommodate payloads of up to 550 pounds, allowing you to load it with supplies that won’t quite fit in the trunk of your car.

Once you’re at camp, you can pull out the telescoping sections of the rig to turn it into a full-fledged trailer, nearly tripling its length such that there’s enough room to comfortably sleep two people onboard. While there’s not enough headroom to actually walk around inside the trailer, the 135 cubic feet of space does give you enough room to accommodate both you and your gear once you’ve properly set up at camp. 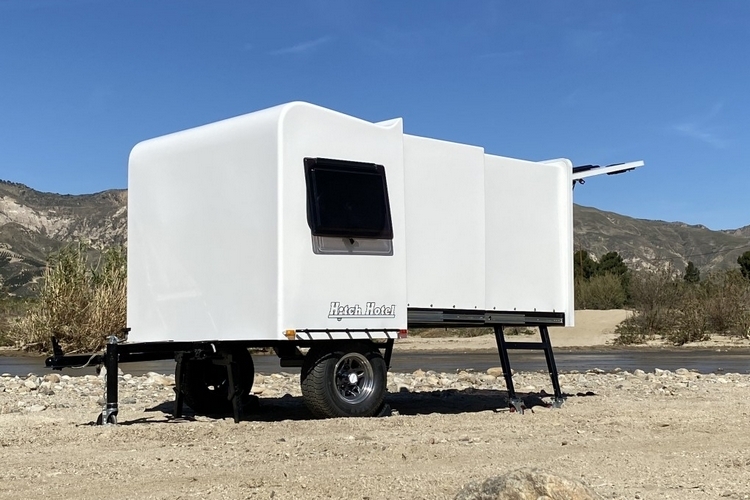 The Hitch Hotel Traveler comes with windows on either side, so you can get air circulating inside once you’ve decided to close the door and tuck in for the night, while fold out legs with casters, allow you to still move it around camp even after the whole thing has been deployed.. Because it doesn’t mount to your hitch, you can disconnect it as soon as you’re at camp, so you can take the car out to get extra supplies without having to tow the trailer along. 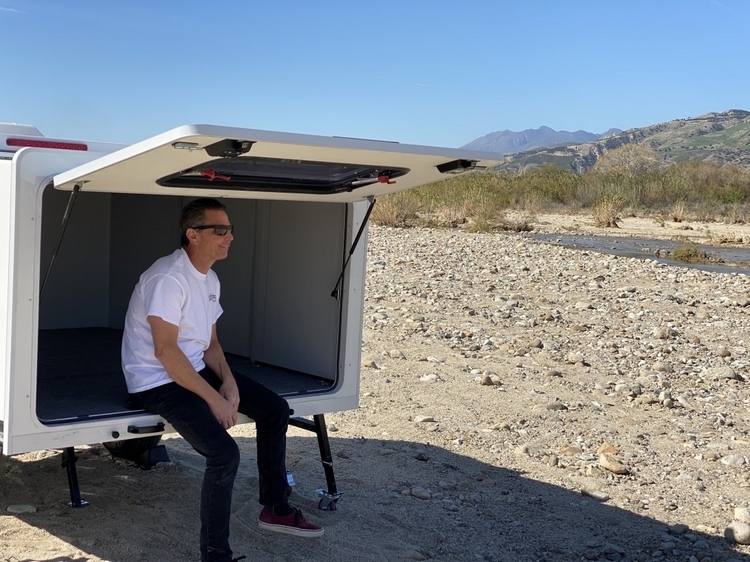 Is this a viable replacement for a regular trailer? Probably not. It’s too small to pack the kind of creature comforts you can do on a regular trailer, after all. If you just want to be able to sleep at night in a sturdy shelter with solid walls rather than roughing it in a tent, this definitely offers a viable solution.

For now, the Hitch Hotel Traveler is still in the final prototype stages. We imagine they will start offering it on Kickstarter after that just like they did with the Classic. Planned pricing is set at $5,699.