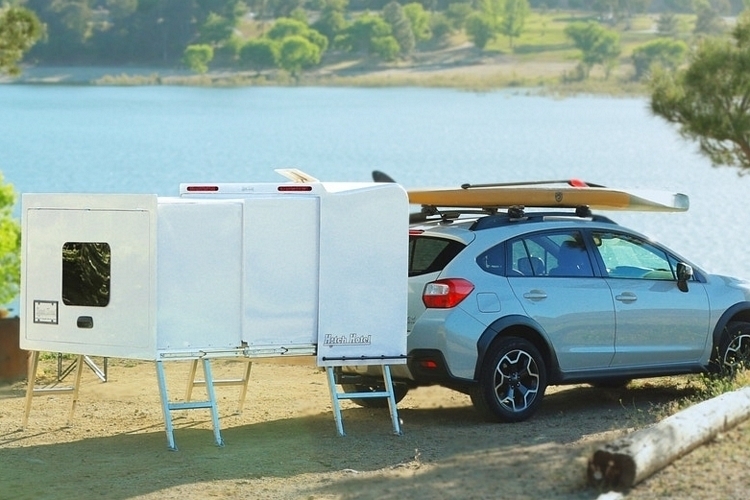 It looks like a giant cargo box that mounts on the back of your car. And, we guess, it kind of is. Except, instead of merely holding equipment and supplies, the Hitch Hotel actually houses a camper trailer that can be equipped as soon as you find your desired camping spot.

That’s right, it’s a trailer that mounts on the hitch of your car (provided your car has a hitch that’s Class 2 or higher). No, we don’t mean a conventional trailer with wheels that the car tows on the way to the camp site. Instead, it collapses into a wheel-free box that just sits there as if it’s naturally attached to the back of your car. That way, you can bring a compact camper in your next car camping trip without having to tow a long trailer in the back, which should make the drive, whether on highways, city roads, or backcountry trails, a whole lot easier. 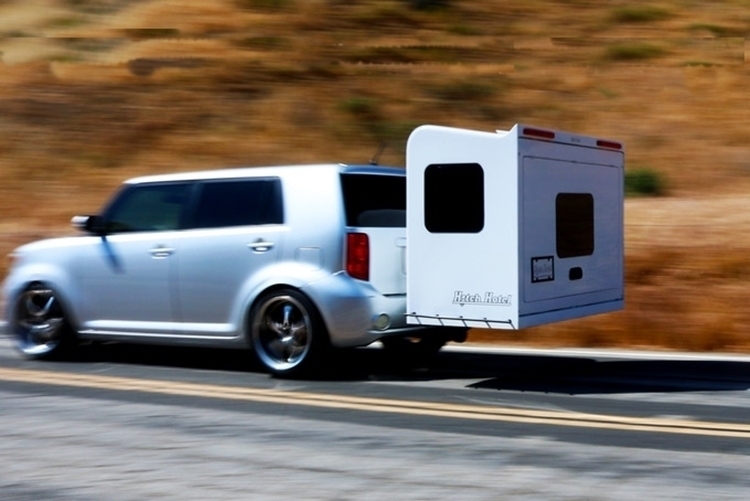 The Hitch Hotel is, basically, a camper in a box that’s able to perform its function using a telescoping design that expands it to a length of 7’4’’. Because it doesn’t have wheels, it relies on fold out legs to support the trailer once you get to your destination, allowing it to handle loads of up to 1,000 pounds. Combined with a width of 68 inches, this design allows it to provide enough room inside to sleep up to three people comfortably. Do note, it’s only 50 inches tall, so you can crawl, sit, and lie down inside, but you won’t be able to stand up (even awkwardly) the way you would with most conventional trailers.

Once the legs are folded out, the camper can be unhitched from the car and left on its own like a standalone shelter, so you can take the car a little deeper into the trail to visit a waterfall or a lake while leaving the bulky box behind. It has a lockable door, by the way, so any gear you leave inside should be safe, even if there are other people in the camp. Unless, of course, those other people manage to mount the box in their car and drive off. Yeah, let’s just hope that doesn’t happen. 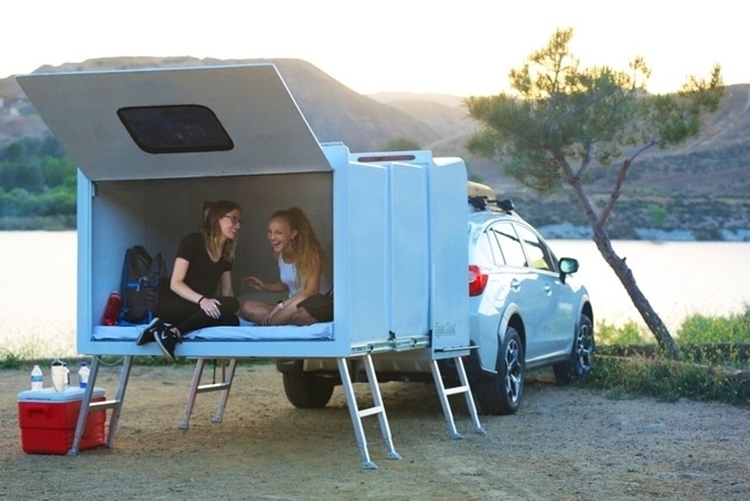 When collapsed, the Hitch Hotel measures just 34 inches long, so it won’t stick out all that far from the rear of your car. In this mode, it comes with 60 cubic feet of available storage, which you can fill up with up to 100 pounds of cargo. At the size, it’s big enough to accommodate many types of gear you’ll normally bring to camp, from large coolers and camp kitchens to bicycles and hunting equipment. 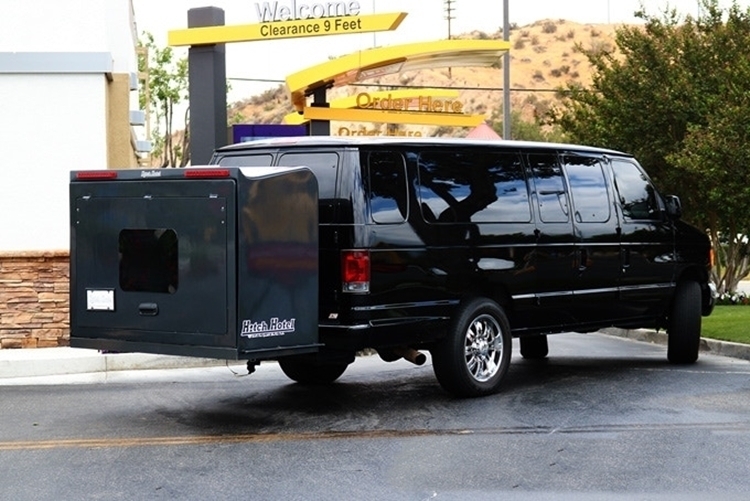 Vented windows on the sides and the door of the trailer, as well as a vent on the roof, ensure air can circulate inside even with the door closed, while water-tight seals ensure you’ll be comfortable inside even when it rains. Other features include grab bars on the sides (for carrying the collapsed box manually), adjustable legs (so you can set up in uneven terrain), and taillights.

A Kickstarter campaign is currently running for the Hitch Hotel. You can reserve a unit for pledges starting at $2,998.