Hövding, An Airbag Helmet That Pops Out Of Your Collar 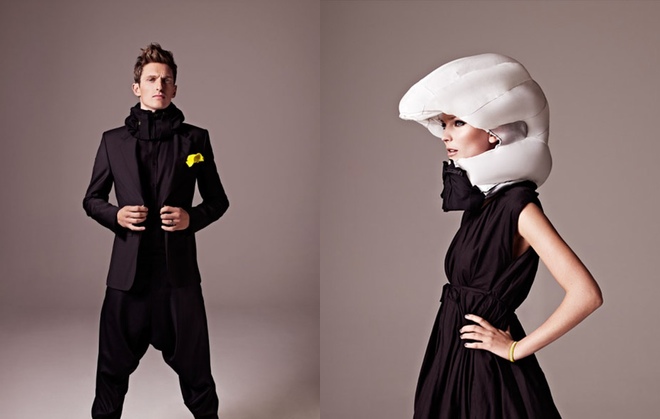 Does wearing a helmet while riding a bicycle cramp your style?  Ditch the headgear and wear the Hövding, an airbag that pops out from your collar and protects your head during a crash.

Originally designed by Anna Haupt and Terese Alstin as a university thesis project six years ago, the airbag is discreetly tucked into a bulky collar that you can wear around your neck like a fancy fashion accessory.  That way, you can hit the road on your bicycle without messing up your meticulously-styled hair and leaving it drenched in sweat.

The Hövding consists of a helium-inflated airbag hidden underneath a removable collar (so you can use different designs to suit your threads).  Sensors, consisting of gyroscopes and accelerometers, are installed right on the assembly, which it uses to constantly monitor your movement.  A rechargeable battery sits onboard, which you can juice up via an integrated USB port.

Once a crash is detected, it will deploy the cushy hood, which will wrap itself around your head to dull any resulting impact.   We’re not exactly sure what conditions will set the bag to blow up, although they claim extensive testing has been done to eliminate false positives.  A black box installed in the airbag also records the last ten seconds of sensor information before impact, which can be used to further improve the system.

No word on target availability for the Hövding, but they appear to be serious about bringing it to market, as they now have twelve people working full time on the product.