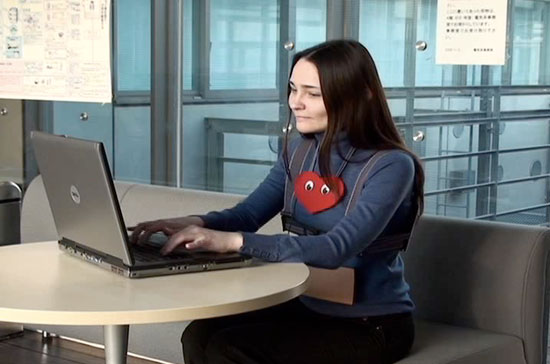 While I’ve never been a fan of Second Life, I can understand the appeal. An entirely new virtual world much like your own, it gives you the kind of freedom you may not otherwise be privy to in real life. A new technology called I_FeelIM is looking to add even more depth to such online interactions as you do in the game by creating wearable haptic devices that translate onscreen actions into real-life sensations.

The HaptiHeart, for instance, produces palpable heart patterns that’s supposed to evoke numerous emotions (anger, sadness, fear and joy), depending on how your character is supposed to react in-game. A scripted 3D object called EmoHeart, which they integrated into Second Life, automatically detects what your avatar is feeling and triggers the appropriate actions on the haptics you’re wearing. 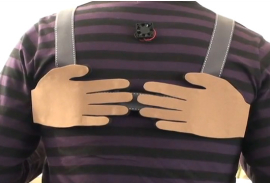 Other garments included in the system include the HaptiHug, a vest that envelops whoever’s wearing it in a simulated embrace; the abdomen-worn HaptiButterfly and HaptiTickler, which create the feelings of nervous yet excited butterflies in your stomach; the HaptiShiver, which sends shivers down your spine; and the HaptiTemper, a fan that blows cool air to send spine chills.

Developed by Dzmitry Tsetserukou, an assistant professor at Toyohashi University of Technology, the “Affective Haptic” devices can also be used over IM as a more realistic alternative to sending emoticons. Yes, it’s a little too weird (not to mention, it looks quite silly). But with many researchers trying to come up with ways to make games even more immersive, it definitely sounds like a technology worth pursuing.