If you want people to talk about your upcoming jetpack, what better way to create buzz than to fly it around the Statue of Liberty, right in plain view? That’s exactly what Jetpack Aviation did with the JB-9, a turbine-powered, back-mounted flying machine that’s exactly how we imagined the jetpacks of our future will look like.

Unlike the upcoming Martin Jetpack, it’s a true backpack-sized rig that you can walk around while wearing. That way, you can interrupt that morning flight to the office with a quick stop at Starbucks, then fly back up to resume your commute once you’ve had your caffeinated fix. Yeah, a future with jetpacks sounds so awesome. 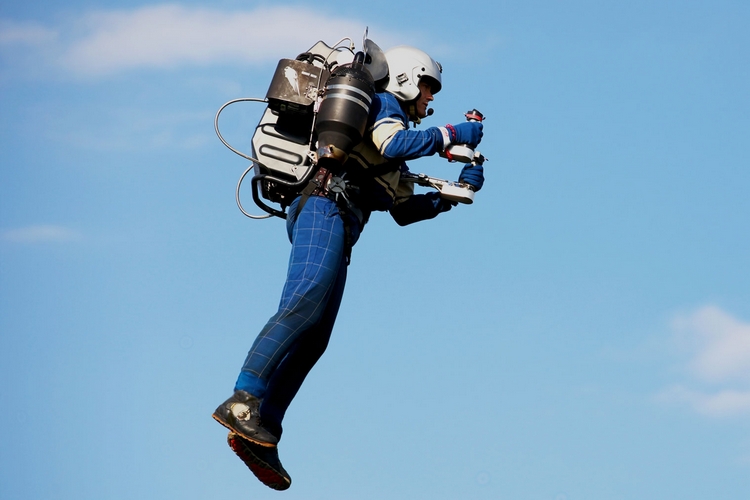 Billed as “the world’s only true jetpack,” the JB-9 uses two vectored jet turbines to perform vertical takeoffs and landings, as well as zoom through the air like a flying superhero. While there’s no exact weight or dimensions listed, it’s light enough that you can jog while having it strapped to your back and small enough that it can be fitted inside the trunk of a car (the arms can be folded for a more compact storage size). The current prototype can hold 10 gallons of fuel, which the device burns at a rate of around a gallon per 60 seconds, restricting the flight time to under 10 minutes. It can fly up to several thousand feet in the air, with the speed electronically limited to 55 knots (around 100 kph) to ensure stable performance. 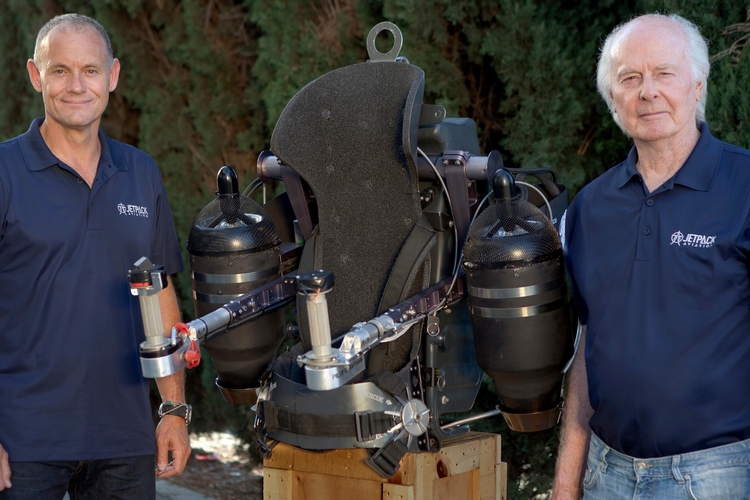 The kicker? You still can’t buy one either. According to Jetpack Aviation, they’re not going to sell the JB-9 (or its successor, the JB-10) until they’ve finished developing the self-stabilization system, which should make it a whole lot safer for less-experienced pilots. Check out their website to learn more. 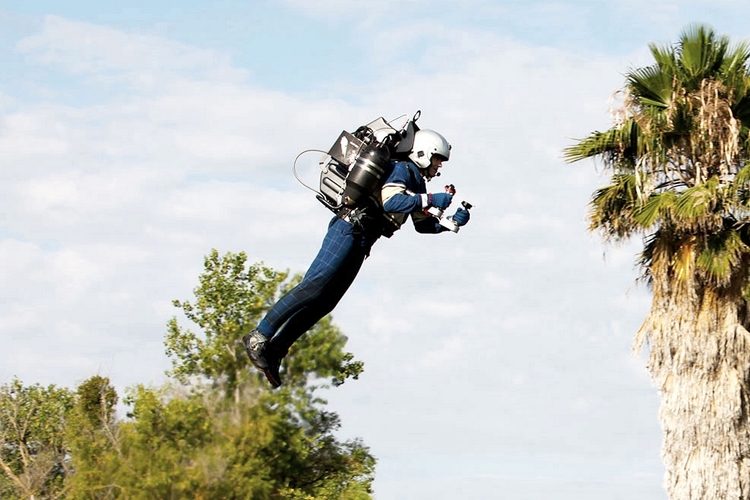