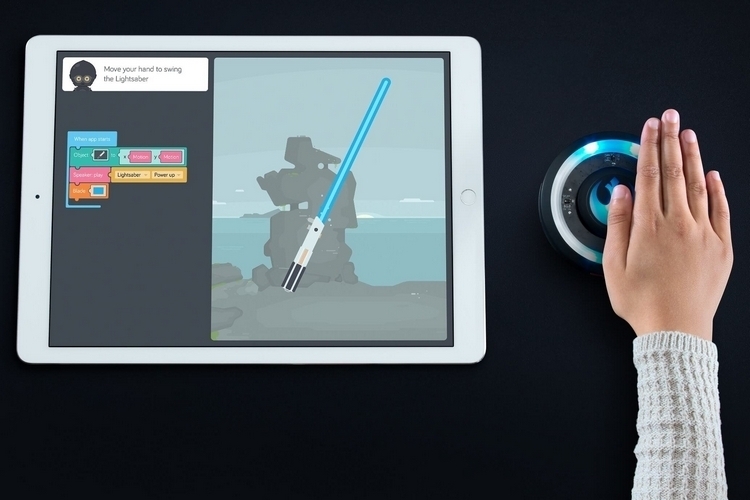 From magic wands and LEGO robots to a robo-gauntlet and more, we’ve seen plenty of toys designed to teach kids how to code. Truth be told, we don’t know how many of them actually succeed at doing that. The Kano Star Wars The Force Coding Kit does the same thing. Instead of programming random objects, though, you write code to control lightsabers, pilot galactic fighters, and influence the outcome of the many battles taking place in a galaxy far, far away.

That’s right, this kit doesn’t have you programming boring lights, sounds, and sensors. Instead, you’re writing code to levitate R2-D2 using the Force, pilot an X-Wing through an asteroid field, or annihilate an attacking squad of Stormtroopers, making the lights, sounds, and sensors you’re playing with a whole lot less boring than they should be. 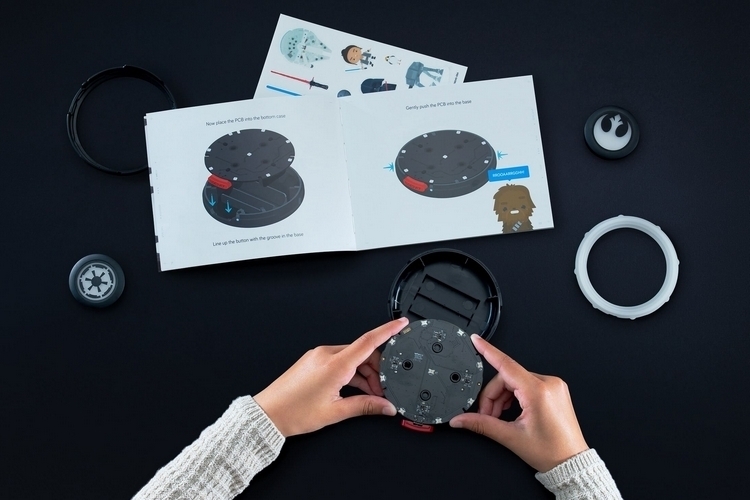 The Kano x Star Wars Force Coding Kit consists of three components: a Bluetooth motion sensor, a step-by-step storybook, and a companion app that runs on both PCs and tablets (iOS, Mac, and Windows). The Bluetooth motion sensor comes unassembled, requiring kids to put them together, so they can get a taste of assembling hardware. Once built, however, the motion sensor allows them to interact with the software using Force-like gestures, so you can take down galactic warships with a wave of a hand like a masterful Jedi.

Once you’ve assembled the sensor, launch the app, and open the storybook to get started. The storybook, along with the app, guides you through different programming challenges, all of which are tied in to the struggle between the Rebel Alliance and the Galactic Empire. The action plays out right on the screen, with ships, characters, and weapons acting accordingly to your code’s bidding, allowing you to steer the events that transpire into your desired outcomes. From what we can tell, this is likely to make for more compelling coding challenges, as it immerses kids into the world of the epic space-opera while teaching them the intricacies of writing code. 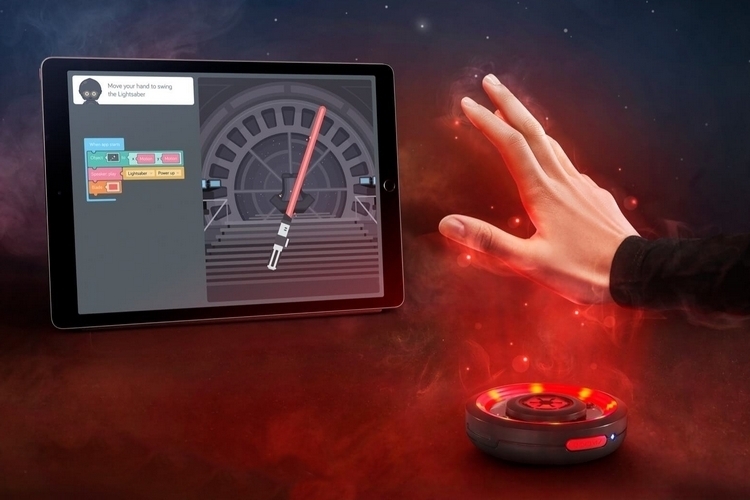 The Kano x Star Wars Force Coding Kit’s storybook starts you off in the basics of coding, then moves you on to more advanced lessons as you get more experience. Some of the situations you need to code recreate scenes from the movies, while others present new scenes as puzzles you can solve using code, tying the programming challenges with the intergalactic adventures of the Star Wars franchise. Once you’ve written a code, the interface makes it easy to swap characters, insert vehicles, and add other elements, allowing you to tailor scenes with code. Yep, just like watching a cartoon where you have full control of what happens in the story. What kid wouldn’t be into that? 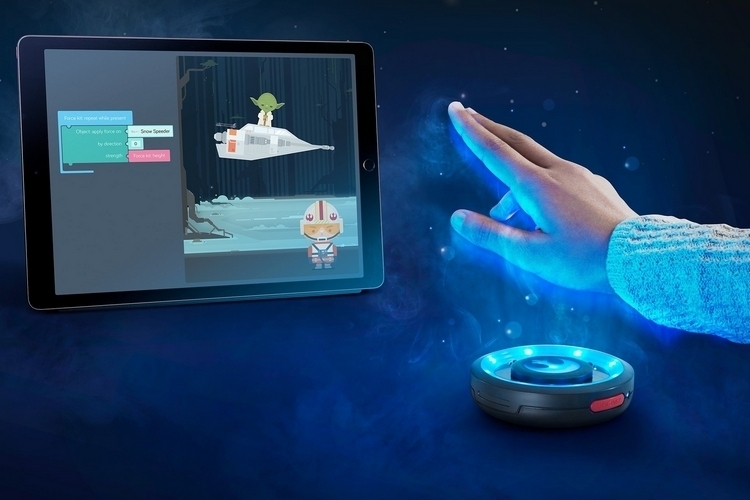 The motion sensor, by the way, comes with a 3,000 mAh battery, which can hold enough charge to keep it running for three hours between charges. Other features include two USB slots (so you can tether it to the PC for extended play) and a 3.5mm slot for hooking up to headphones or speakers.