Klepper Backyak Is A Modular Kayak, Sailboard, And Snow Sled In One 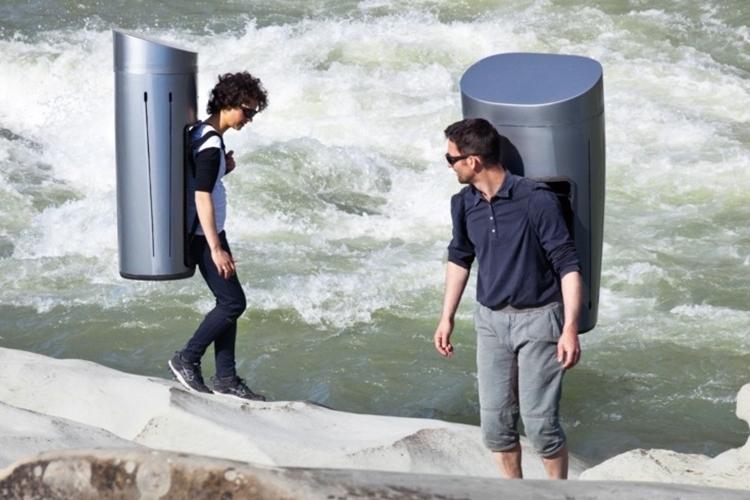 Kayaks that collapse into a transportable bundle are nothing new. Even ones that can strap behind you like a backpack has been done. The Klepper Backyak, however, isn’t just another one of those, it can also be repurposed as a sailboat, a floating sun deck, and even a sled for gliding on the snow.

Rather than fold like most portable kayaks, this one breaks apart into six separate pieces that can combine into two drum-shaped backpacks. Yes, you’ll need a buddy to carry one while you hike to the water with the other, unless you’re willing to tough it out and saddle yourself with a pair of 22-pound packs all by your lonesome. 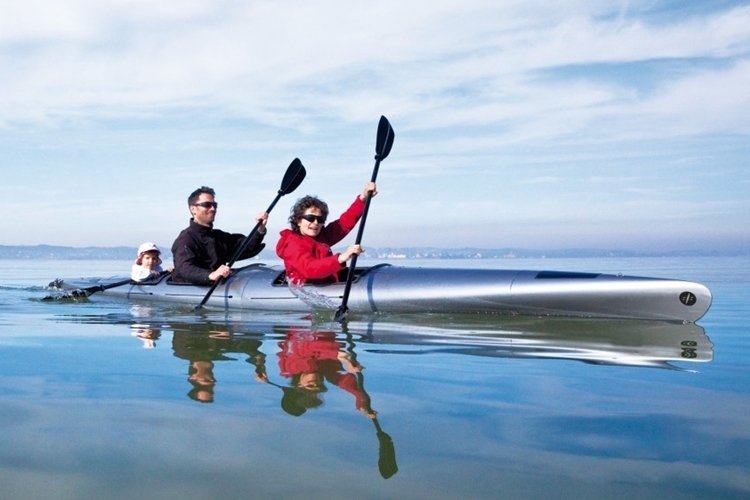 In kayak mode, the Klepper Backyak measures 17.7 feet, with space large enough to fit two adults and one child. You can even plug in Klepper’s “Fun” package, which lets you convert it into two 8.8-foot single-passenger kayaks. Throw in the “Relax” module between the two kayaks and it becomes a sun deck with a bathing platform in the middle. From there, you can spend the next 15 minutes installing the optional sail to turn the assembly into a side by side catamaran sailboat. When winter rolls around, it won’t simply gather dust in the garage, either, as you can install the snow package, which turns the upside-down kayak into a functional-sled, complete with seating for two, steerable front rails, and a sharp nose. Seriously, it’s quite the versatile piece of gear. Construction is carbon fiber. 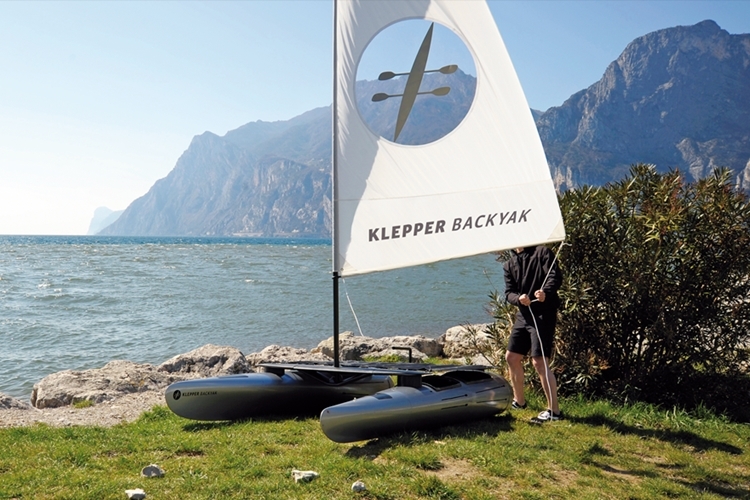 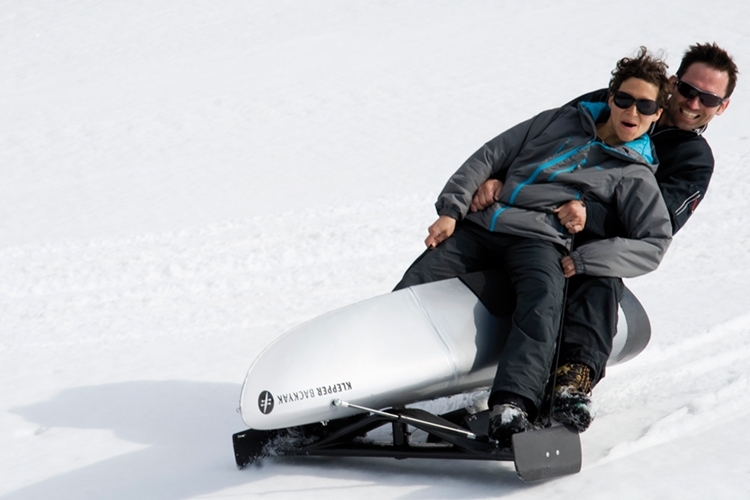 Check It Out via Gizmag