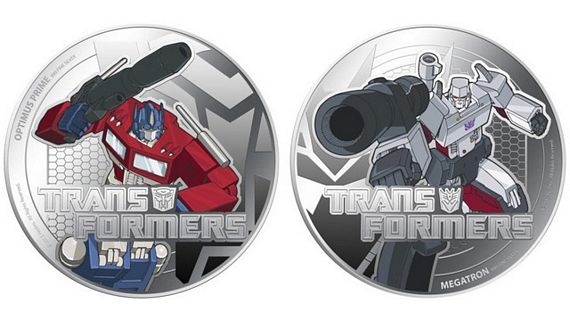 If comic book fanboys ruled the world, all legal tender will have superheroes in them, instead of historical personalities you may or may not even care about.  Everybody loves superheroes, after all.  And giant robots.  Hence, the expectedly warm reception to the Transformers Coin Set.

Produced by New Zealand Mint, the coins are real legal tender.  Not for New Zealand, though, but the nearby Niue Island.  That means, they can be used to pay for Transformer toys, bus fare and whatever people in Niue spend their money on. 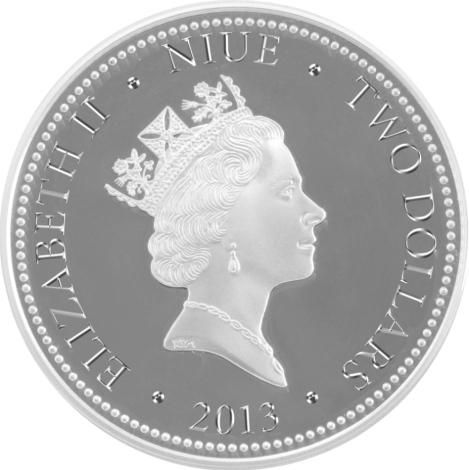 Two coins are available in the set: a $2 Optimus Prime and a $2 Megatron.  Both coins are made from .999 silver with a diameter of 40.7mm.  One side of the coins feature the Transformer characters in full color against an engraved relief background, making it just a tad more eye-catching than your standard boring tender.  The back of each coin features the Raphael Maklouf effigy of Her Majesty Queen Elizabeth II (Niue is an indepent island nation, but all its inhabitants are also New Zealand citizens, according to Wikipedia).

In keeping with the tradition of legal tender, they passed on the modern live-action version of the Transformers, borrowing from the likeness of the ancient animated movie from 1986 instead.  Each of the coins come in its own display cube, respectively embossed with either a Decepticon or Autobot insignia. 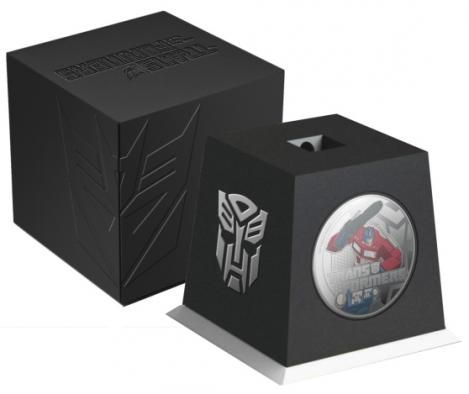 Granted, you won’t be able to use these Transformers Legal Tender Coin Set unless you’re in Niue or holidaying there any time soon.  Then again, we doubt you’ll want to use them since these are created as collectibles and are priced at $278.73 apiece.