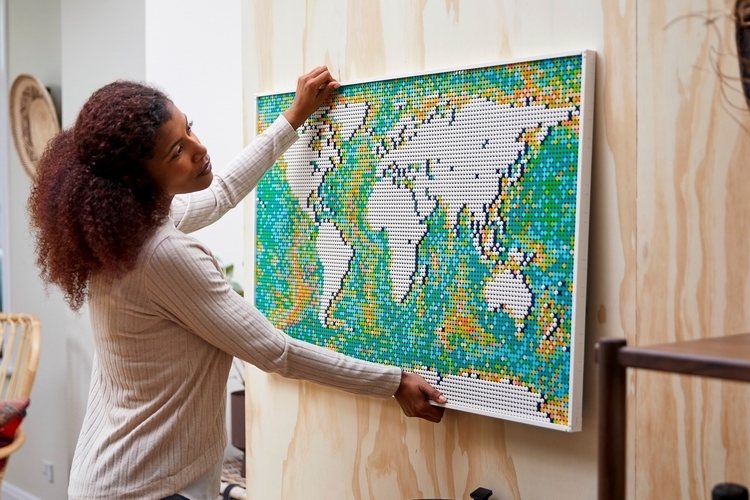 Whenever the new largest LEGO kit rolls out, we expect to build something special. That was true for the Ultimate Millenium Falcon and that was true for the Creator Collosseum. So, when we heard LEGO was making a new 11,695-piece set, we thought up some ridiculous builds. Like some giant castle. Or an even larger space station. Or a full-blown Death Star. Sadly, that’s not the case. Instead, you’re getting the LEGO Art World Map Kit.

That’s right, the new largest LEGO set lets you build a map of the world. You know, like the one you probably had in your classroom when you were in grade school. Except… you know… it’s made with tiny LEGO pieces, so while it’s not likely to spur imaginative play after you’ve finished the build, we have a feeling this will make for an immersive undertaking all the same. 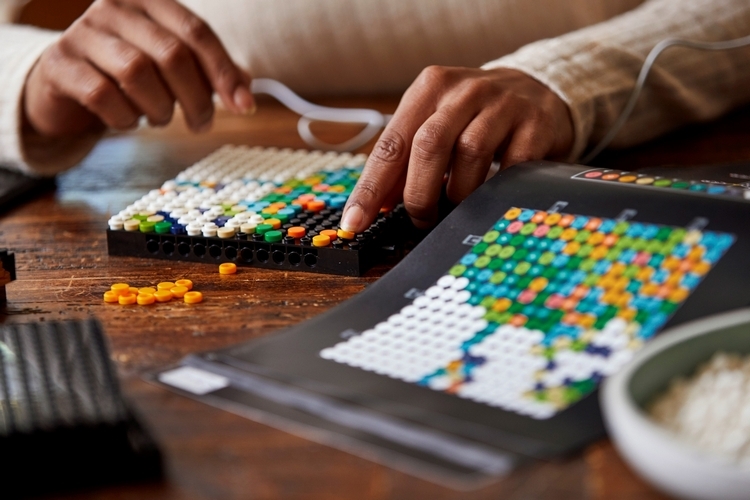 The LEGO Art World Map Kit won’t have you putting together complex and oddly-shaped bricks. This is an Art set, after all, so you get flat canvas plates with studs on top and thousands of tiny single-stud dots. That’s right, it will have you creating the world map pixel by pixel, leading to a building experience that will probably test your patience like no other. Fortunately, it’s quite the stunning recreation of the planet’s two-dimensional topology, making it a great piece to show off somewhere in the house once finished. We mean… that’s some labor of love right there putting all of those little dots in the right place.

While you can use it to make a standard world map, the kit offers room for changing things up. You can, for instance, move landmass-representing dots to focus the map on one of three sections of the world, in case you want to highlight a place that’s a lot closer to your heart. They also encourage getting creative with the ocean sections, in case you’re not a big fan of the depth maps featured in the standard map. 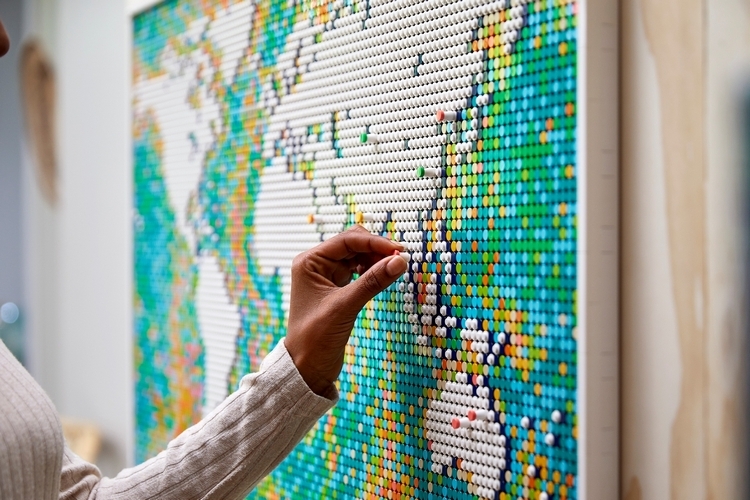 The LEGO Art World Map Kit comes with 40 separate canvas plates that you can fill with dots individually and connect together later, as well as a frame that’s also made from bricks and two hanging elements, so everything you need to frame and display it are right inside the box. They also threw in a tile tool, in case you need one to work with these tiny pieces. It measures 40.5 x 25.5 inches (width x height), by the way, so you can have this occupy a big chunk of wall space anywhere at home. 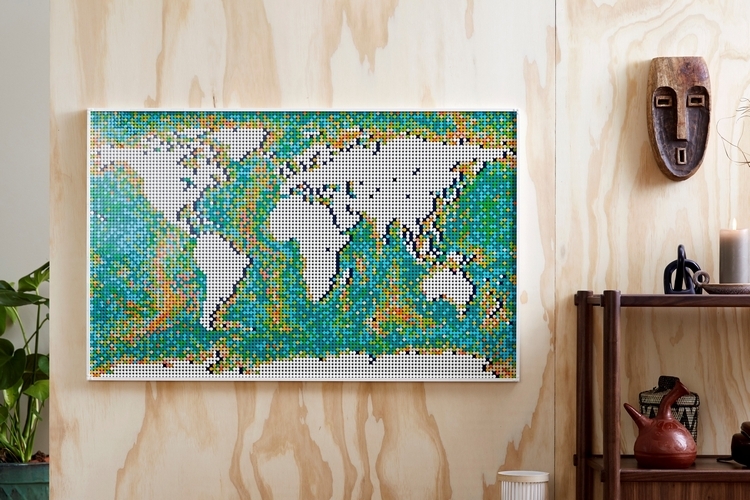 In case you get frustrated, of course, you can always just put the different colored dots randomly, allowing you to create your own map of any planet of your own invention. Hey… it’s your map – no one’s going to know you got lazy halfway through. Since it’s just canvas plates and LEGO dots, you can get creative and turn it into any two-dimensional art you want, too, especially when you mix in other dot colors, giving you a large canvas to let your imagination run wild.