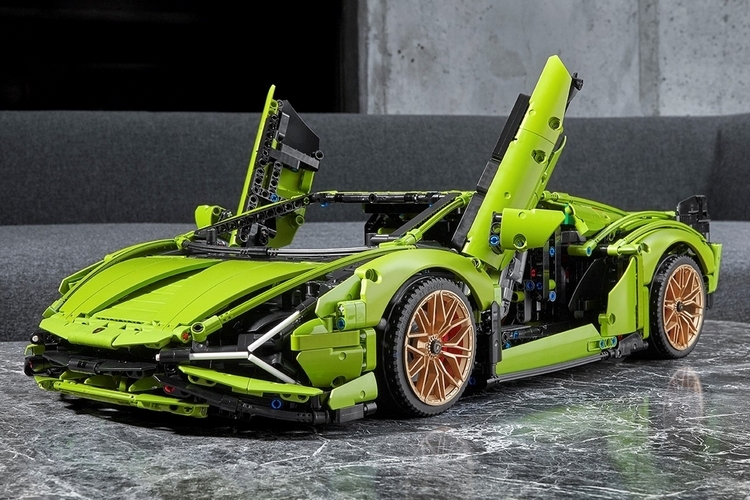 The LEGO Technic Line is home to some of the most striking brick-built recreations of real-life vehicles, from supercars and superbikes to tractors and excavators. Yeah, they make awesome models. Their newest set, the LEGO Technic Lamborgini Sian FKP 37, may be the most impressive yet.

That’s right, last year’s sold-out, limited-edition hybrid is also the first Raging Bull to join the LEGO Technic fleet, so you can get your hands on the most powerful Lambo ever made, albeit in toy form. Whether you’re a gearhead who wants a model of one of the best supercars out there, a LEGO fan who wants to add another great set to your collection, or just another dude whose only chance of owning a Sian is to pick up a toy of the darn thing (like the rest of us), this thing lets you do that, while offering a satisfying brick-building challenge. 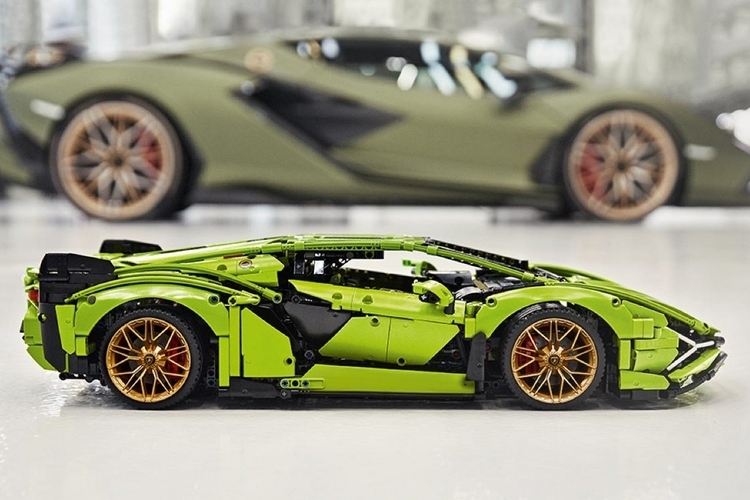 The LEGO Technic Lamborghini Sian FKP 37 is a 1/8-scale model of the hybrid supercar, recreating its sweeping lines, low stance, and aggressive profile in a display-worthy bundle of bricks that measure 23 x 9 x 5 inches (length x width x height). Like every Technic model, it’s not meant to just sit in a shelf untouched, with its functional steering system, working suspensions (both front and rear), and a replica of its V12 engine with moving pistons begging you to just play with the darn thing. It also boasts other working parts, including the eight-speed sequential transmission, disc brakes, rear spoiler, front and rear hoods, and button-activated scissor doors that open with the same smooth movement as the real thing, so there are plenty of items to play around with here, whether you’re pretending to take the car for a spin or just having one of your minifigs work on it in the garage.

It’s not motorized or battery-powered, so you can’t quite let the darn thing loose to listen to the engine roar or watch it do laps in the living room. If you want to fiddle around with plastic car parts, both mechanical and decorative, though, this thing will make for hours upon hours of fun. 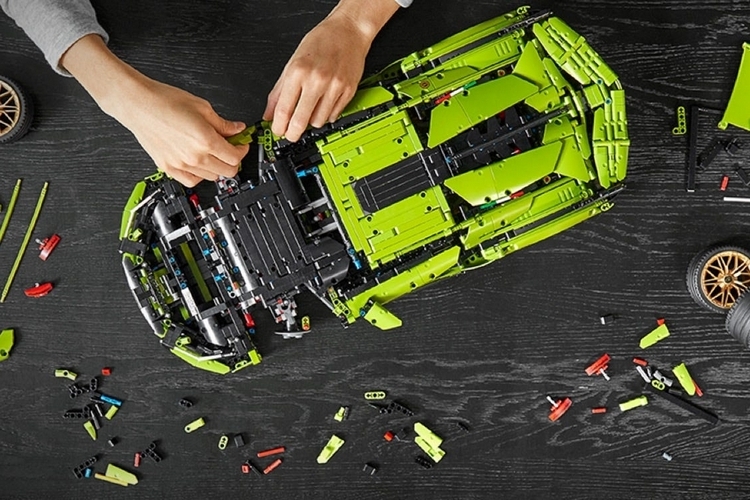 The LEGO Technic Lamborghini Sian FKP 37 comes with a whopping 3,696 pieces, which tells you the amount of detail they included in here, not to mention how much work and attention it will take to assemble this thing. Seriously, there’s no shortage of things to fascinate even the most casual LEGO fan here, from every angle of the model’s lime green exterior and shiny gold rims to the bundle of parts under the hood and all the little details inside the cabin. 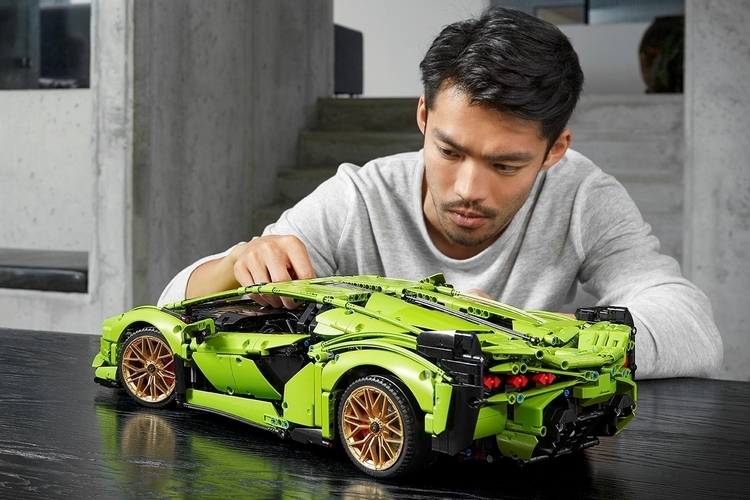 According to LEGO, they designed the model with help from Lamborhini’s engineering and design teams, so everything here is as faithful to the original car as any fan can ask for. Each one comes with a decorative display plate and a unique serial number, along with an overnight bag stashed under the hood.