Lifesaber: Use This Hand-Cranked Power Generator To Charge Your Phones In The Outdoors 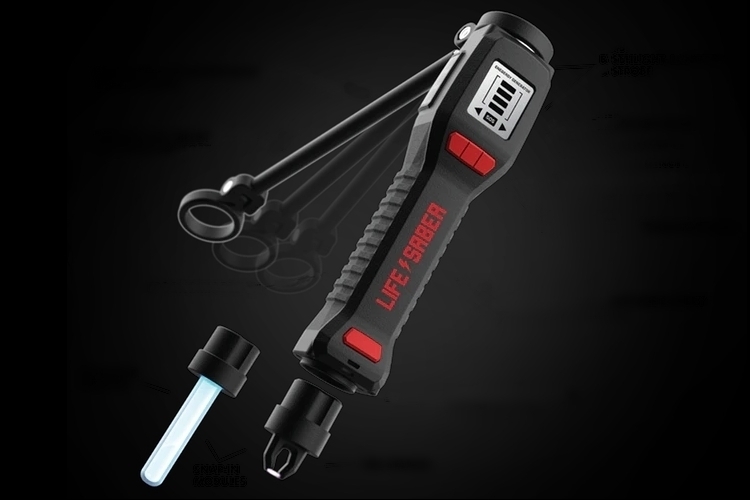 A good survival knife, a flashlight, and a fire starter are just three of the things we consider essential for thriving in the outdoors. Others would tack on a water purifier, a survival stove, or some other item they find indispensable to that. Some would even argue that a phone is now an outdoor essential, just based on how important it is to stay connected in this day and age. That’s why we think the Lifesaber from Innovation Factory is such an important tool to add to your backcountry gear.

You know those old lights and radios that you power by cranking on a lever over and over? Well, it’s a more contemporary version of that. Instead of power radios and flashlights, though, it comes with a USB slot that you can use to charge phones, GPS systems, and other gadgets you need to keep running while slumming it in the wild. 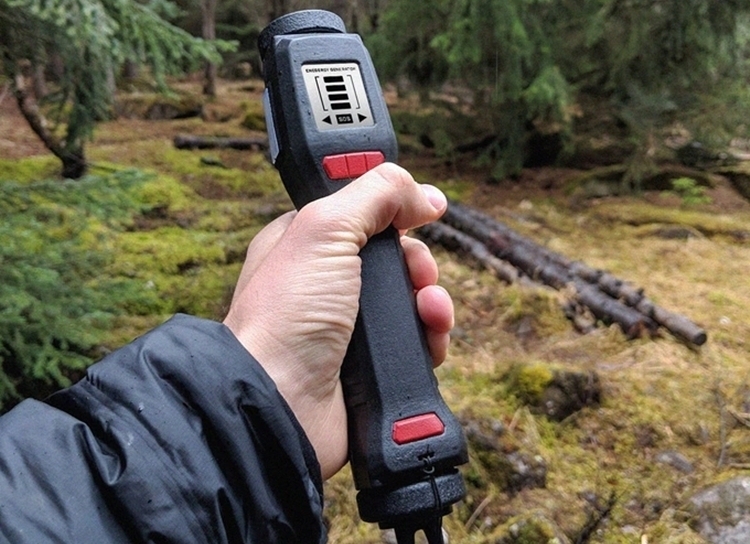 The Lifesaber is a handheld device with a telescoping lever that you can pull and crank on to generate power. Unlike similar devices of old, it doesn’t actually require cranking, as you can just twirl the device to get the lever spinning to start trickling juices into the built-in 2200mAh battery.  That means, you can generate power one-handed, allowing you to leave the other hand free for other chores. You can, however, raise the friction of the lever, which will require more force in order to turn it. In that mode, you’ll need to crank it with some force to successfully turn, requiring you to actually apply some serious elbow grease. According to the outfit, doing so will generate three times more power per turn than simply twirling the lever, allowing you to produce a lot more power in the same amount of time.

Once you’ve charged the battery enough, you can then hook it up to any of your USB-powered gadgets to give them the charge they badly need. If you’ve been looking for an alternative to bulky solar panels and heavy power banks for outdoor use, this just might offer the power you need to keep your gadgets charged during your outdoor adventures. 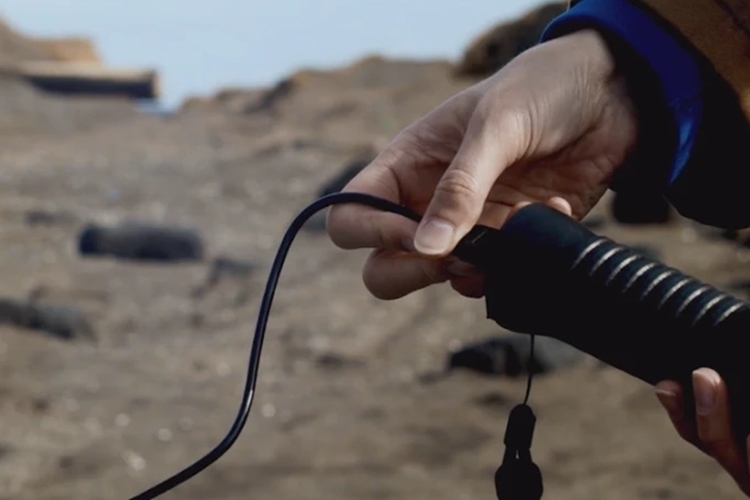 The Lifesaber doesn’t just restrict its function to being a backcountry power source. Instead, they made it a full-fledged multi-tool with a collection of useful functions. Built-in LEDs, for instance, allow it to serve as a flashlight, a lantern, or an emergency strobe, albeit with a limited 31 lumens of brightness. According to the outfit, three minutes of cranking will be enough to get that light running for up to 30 minutes straight. There’s also a snap-in UV water purifier that you can use to produce clean, potable water, with about three minutes’ worth of cranking producing the power required to sterilize one liter of water. A snap-in plasma lighter can also be attached to start fires in a jiffy, with three minutes  of cranking producing enough charge to perform 16 ignition cycles, while a built-in siren can sound off 85 decibels for 35 minutes using the same amount of charge. 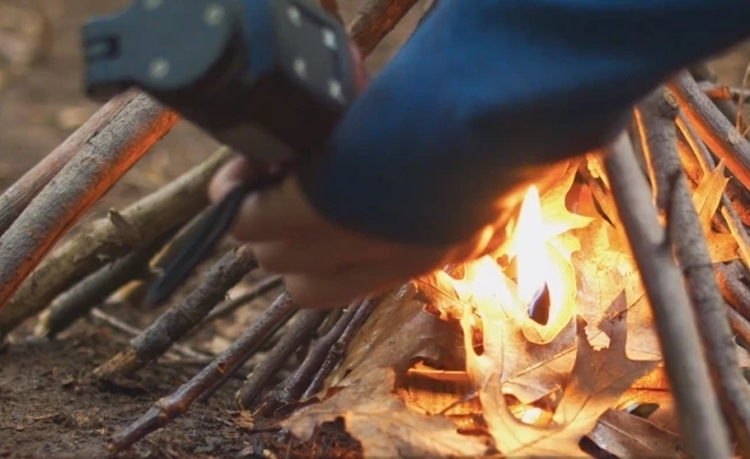 A Kickstarter campaign is currently running for the Innovation Factory Lifesaber. You can reserve a unit for pledges starting at $49.