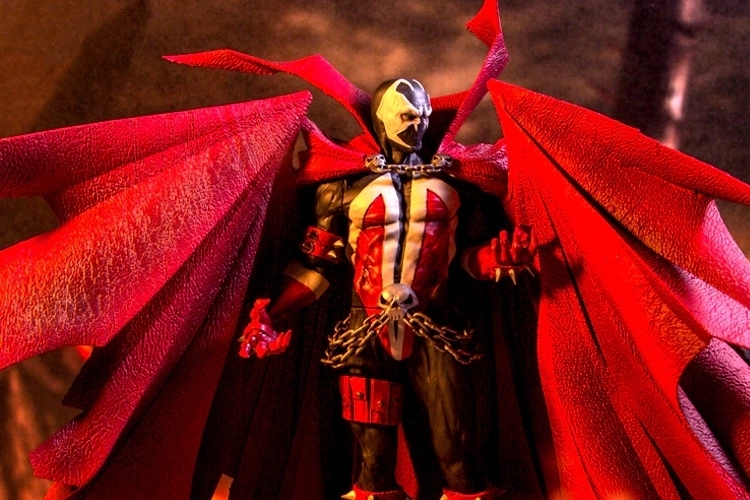 If you were into comics at any point during the 90s, chances are, Todd McFarlane’s Spawn became a part of your reading rotation. Everybody loved the resurrected contract killer from hell, after all, to the point that the character even got his own movie. That popularity spilled over to his action figures, the first of which came out in 1995. Yep, that was 25 years ago. To celebrate the quarter of the century since that release, McFarlane is releasing a remastered version in the form of the McFarlane 2020 Spawn Action Figure.

To the unfamiliar, the 1995 action figure stood five inches tall and had about a dozen articulation points, allowing you to cast it in a variety of poses that range from benign, such as when Spawn is observing the human traffic on the street, to terrifying, such as when decapitating a serial killer with sheer and utter joy. The new version takes things up a notch, with a bigger size, more articulation, and multiple swappable parts that allow you to play with the character a whole new way entirely. 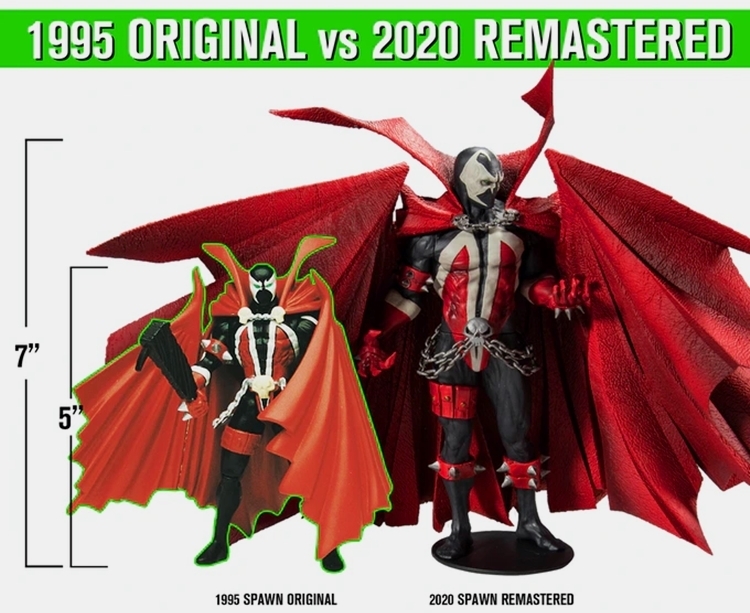 The McFarlane 2020 Spawn Action Figure measures seven inches tall, making it a bit taller than most action figures in this scale, so you can use Al Simmons’ demonic reincarnation to intimidate all the puny six-inch action figures in your collection. It comes with over 20 points of articulation for this iteration, allowing you to put him in even more poses, including articulation on that long, flowing cape, allowing it to fold out of the way, so you can show his physique in all its full glory.

The new action figure comes in three figure variants, namely classic, modern, and artist proof. The classic puts the character in his classic outfit from the 1990s, while modern takes the new interpretation, which is, basically, the same thing, without the red accents on the torso. The artist proof is an unpainted version of the action figure, which should make an interesting canvas for creatives to wax their painting skills on. The modern, by the way, takes off the mask entirely, exposing Spawn in his ugly, deformed head that looks like it’s been torched in hell for the better part of the last couple decades. 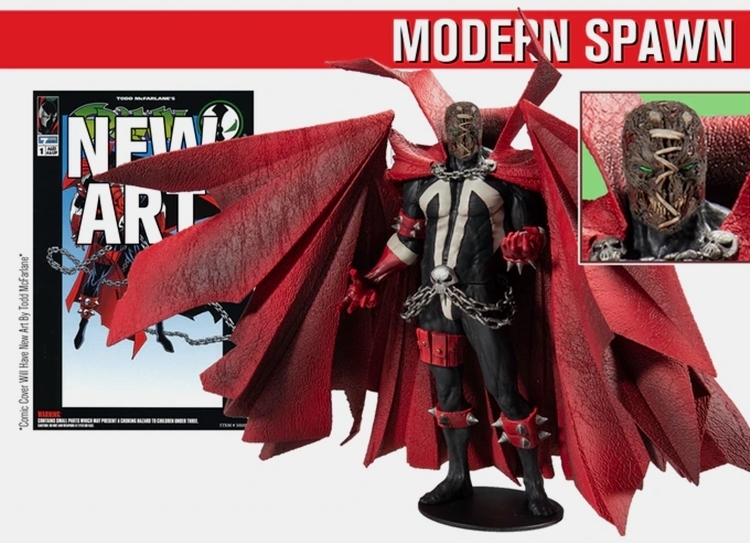 The McFarlane 2020 Spawn Action Figure comes with up to five swappable heads. There’s one of Spawn in his mask, one with is deformed face, and one with Al Simmons’ head before he passed on to the pits of hell, along with two artist-proof variants – one with the mask on and one with a screaming deformed head that, truth be told, you can probably paint as Venom showing off his fangs to the world at large. 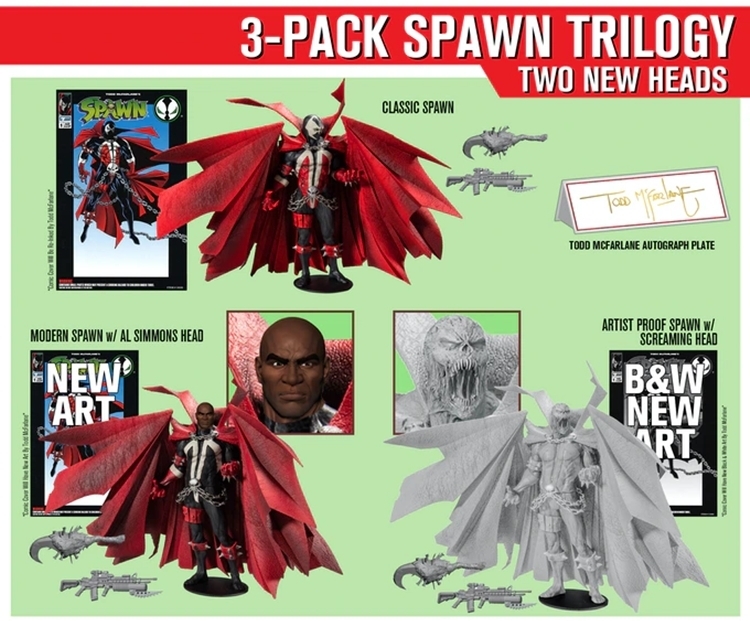 Any of the preorder options will get you a seven-inch action figure, a comic book with new cover art from McFarlane himself, a clamshell case, and a collector box with slipcover. There’s also the 3-Pack offering, which gets you all three of the action figures, two additional heads (for five swappable heads in all), and all the other perks from above.

A Kickstarter campaign is currently running for the McFarlane 2020 Spawn Action Figure. You can reserve a unit for pledges starting at $40.