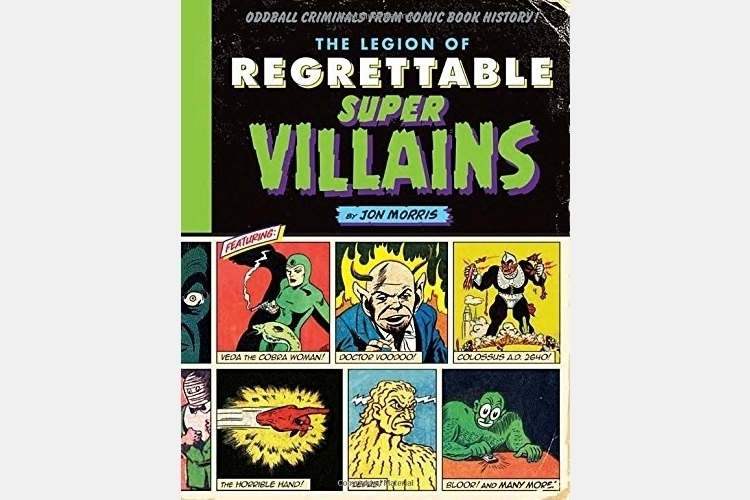 Remember that book that compiled the goofiest superheroes in comic book history? Yeah, that was hilarious. If enjoying that left you asking for the supervillain version, well, your wish has been granted in the form of The Legion of Regrettable Supervillains.

Just like its superhero counterpart, the 256-page book covers the worst of the bad guys in comic book history. You know, the criminals, troublemakers, and evil freaks with strange powers that were too ridiculous, too absurd, or just too damn stupid that they’ve since been relegated to comic book oblivion, never to be heard from again. Well, until now. 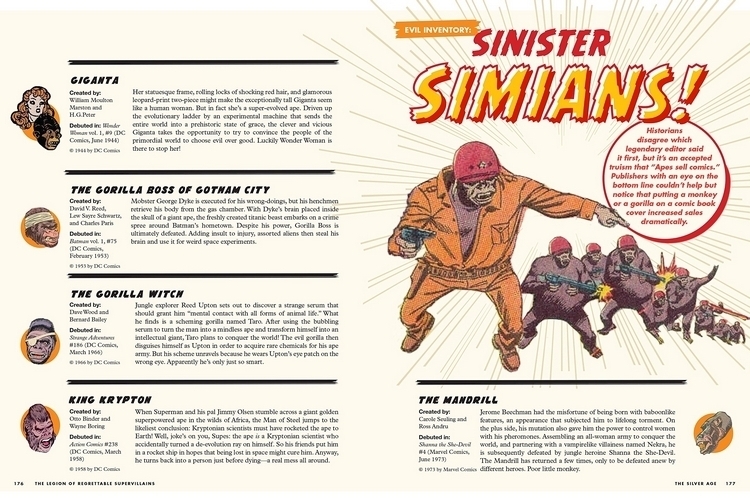 In The Legion of Regrettable Supervillains, author Jim Morris explores more than a hundred of the goofiest bad guys ever to make their way onto paneled pages. The reason each villain is included varies, of course. Some are here because they are generic rip-offs of popular villains, such as The Clown (a Joker wannabe) and Cat Girl (a Catwoman knock-off), while others are included because they sound like they belong on an episode of Criminal Minds rather than comic books, such as Mother Goose, a cross-dressing drag queen that kills people and grinds their bones to make bread. There are villains who fight in a ridiculous manner like BrickBat, a Batman knock-off who relies exclusively on bricks as weapon, as well as characters with the most boring names like Generic Man, Ugly Man, and He-She (yep, each one is exactly what their moniker implies).

Then, there are the villains that are just too inane to ever live again. The Swarm, for instance, is a literal swarm of Nazi bees (seriously, bees that sympathize with the Third Reich), while Egg Fu is a sentient egg the size of a ten-story building. Oh yeah, there is even a villain called The Reefer King, a weed grower who, for all intents and purposes, probably kinda looks like your neighbor who works in the dispensary. 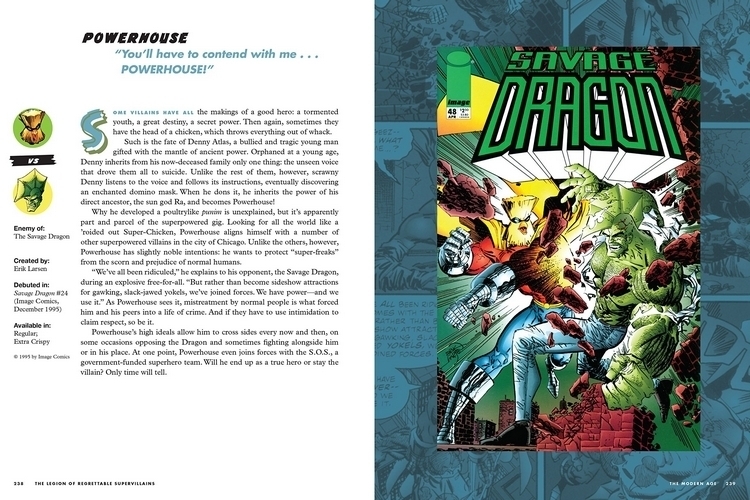 Each villain featured in The Legion of Regrettable Supervillains get their own vintage full-color artwork, either from a cover where they’re prominently shown or a full page of panels from an issue they appeared in. That way, you can see exactly what they looked like, instead of merely getting descriptions.  A brief synopsis of each rogue follows the artwork, along with commentary from the author. And, yes, the commentary is intentionally tilted towards the funny side, since, you know, we’re exploring a world of ridiculous characters, after all.

All entries are categorized in three chronological groupings, namely the Golden Age (1938 to 1949), the Silver Age (1950 to 1969), and the Modern Age (from 1970 to present). Yes, this includes modern supervillains because, no matter how sophisticated comic books get, people still have ridiculous ideas that they will pursue to their logical conclusions, which is to have them killed off and never seen again.

If the idea of oddball supervillains hold an appeal to you, then The Legion of Regrettable Supervillains is a definite must-read. It’s available now.

The Legion of Regrettable Supervillains: Oddball...
$24.99
Buy on Amazon