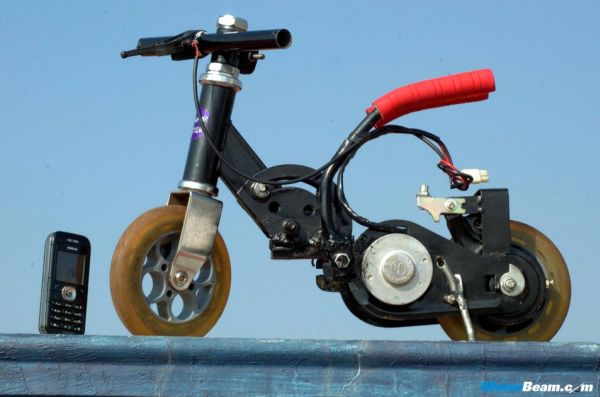 You thought your monkey bike is small?  You might have to rethink your definition of small with the Moosshiqk (which happens to be Sanskrit for “mouse”), the world’s tiniest electric bike.

How tiny is it?  Let’s just say it’s small enough to fit in your laptop bag after you ride it to work.  Yep, it’s apparently the easiest way to save on parking fees too.  It’s so small it looks nothing more like a remote-controlled toy.  Surprisingly enough, it can be ridden, as proven by the video at the end of this post. 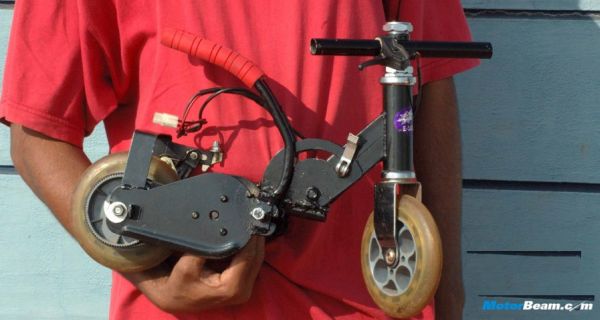 The Moosshiqk measures all of 12 x 18 inches (H x W) and weighs less than 9 lbs, making it no more uncomfortable to carry around than a skateboard.  Made with simple parts, it can be assembled and disassembled in under 60 seconds each.

Created by an Indian man named Santosh, the electric two-wheeler has only been driven for one kilometer, which it managed to clear in about 15 minutes.  Obviously, this isn’t something you’ll want to ride if you’re late for work, but it sure is one way to draw a ridiculous amount of attention. 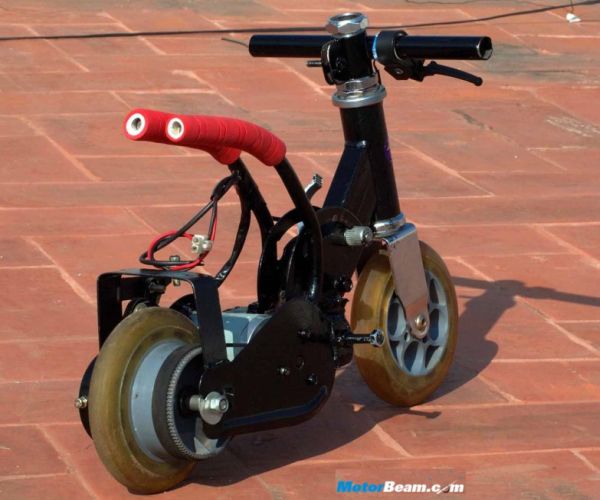 According to Santosh, some parts of the Moosshiqk have been fabricated (such as the frame and handlebar), while a few have been taken directly from other small bikes.  He has spent a total of Rs. 12,000 for the build.  Shockingly, it can actually ride one skinny passenger up to 136lbs, all while traveling at speeds between 7.5 to 9.3mph.  As you may have noticed, there’s no power source on the actual bike, so you’ll have to find a way to bring a battery along.  On the video below, he had it under his shirt, which is probably uncomfortable.  Considering his posture while riding, I’m willing to bet that’s the least of his discomforts, though.