Mercy Will Cure Your Hangovers Before They Happen 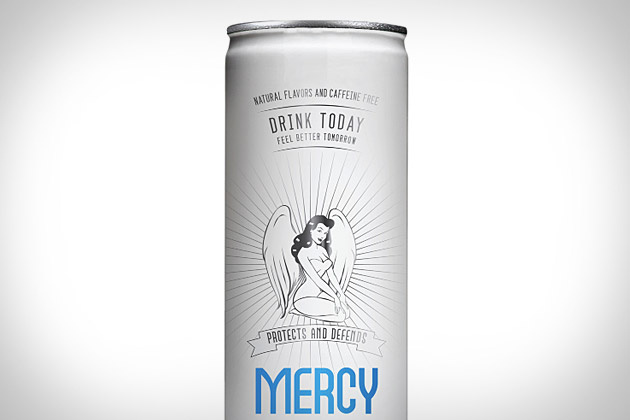 Hangover cures are always hit or miss. Sometimes, three bottles of Gatorade works; other times, a heaping plate of bacon and eggs does the trick; many times, you’ll need another drink to ease the pain. That’s why hangover prevention is always better than a remedy and that’s exactly what Mercy is for.

A non-alcoholic, non-caffeinated beverage, it’s meant to be consumed shortly after drinking. Which, let’s face it, is made doubly hard by the fact that you’re rarely in the best mental form after the umpteenth bottle of beer. But if you do manage, it’s supposed to save you from the normal pains of the morning after a heavy binge.

Don’t mistake it for a sport drink, it isn’t. Instead, Mercy is a “drunk man’s” drink. That is, you’re really supposed to take it when you’re downing alcohol in higher volumes than usual. Containing a specific unique blend of amino acids, antioxidants and vitamins, it has just the right amount of nutrients your body needs to process alcohol while you engage in restful slumber.

Recommended dosage is one can of Mercy for every five units of drink you consume. And by a unit, we don’t mean a whole bottle of that nasty Hello Kitty Alcohol that you’ve been chasing with Viagra Beer all evening. Or maybe it’s fine. Might as well find out for yourself, right?

They have a detailed breakdown of the specific nutritional contents that allow Mercy to combat hangovers down at the official website. Since I’m just a part-time mad scientist who specialize in the future human consumption of zombie flesh, I’ll refrain from commenting. We suggest trying one out the next time you get a serious party going.