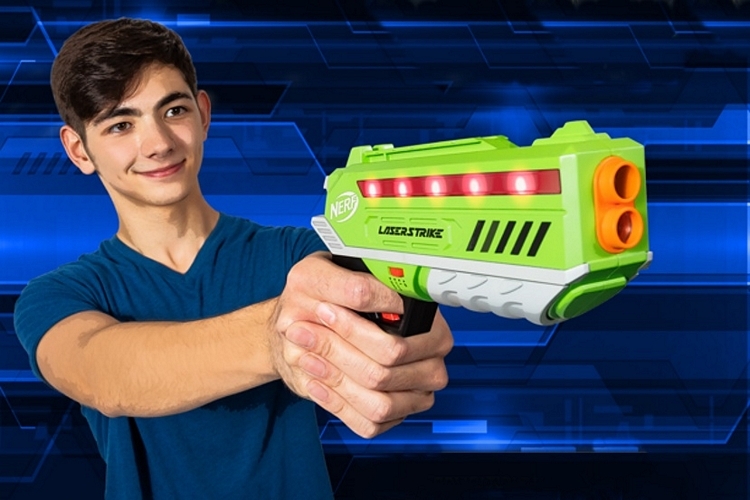 While laser tag never really died from its heyday in the 80s, you have to admit, it did lose a step in recent years, with people finding more and more options when it comes to pretending to shoot at each other. Nerf, for instance, only tried to revive their laser tag category three years ago to largely inconsequential results. This time around, they’re going to try again with the Nerf Laser Strike Two-Player Laser Tag Set.

That’s right, Nerf is getting back into making blasters with imaginary lasers, allowing you to destroy your opponents with invisible ammo, so you can imagine any kind of colorful beam shooting out of your weapon’s barrel. Even better, their new version of the laser tag blaster takes the good parts of the Laser Ops from three years ago, all while removing the smartphone app component that makes an erstwhile simple game more complicated than it has to be. 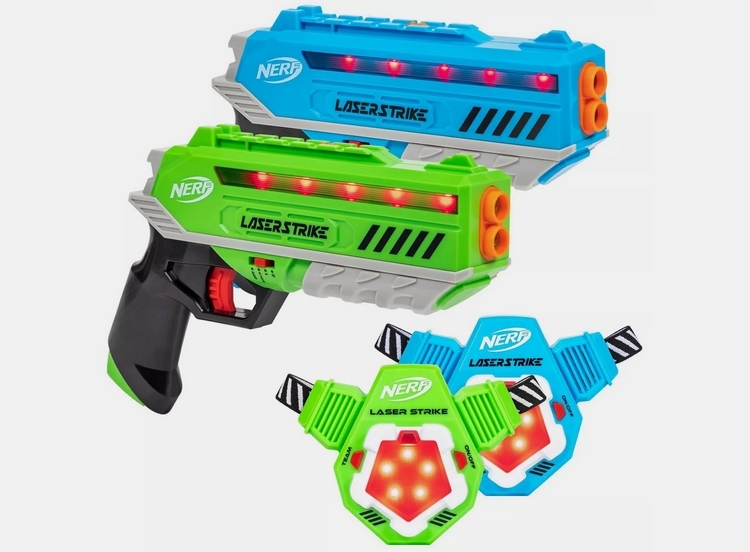 The Nerf Laser Strike Two-Player Laser Tag Set comes with two pistol-style blasters, so you can immediately go to battle with whoever’s in the room with you when you rip the package open. Instead of shooting directly at the blaster like the Laser Ops, this new blaster is meant to shoot at a chest-level target that hangs off your neck from a lanyard, which, let’s be honest, is way more fun. That means, no complicated harness to put on – just wear the lanyard like you do with an ID, pick up the blaster, and you’re ready, making setup very simple. Basically, just give everyone a blaster and a target, then take your spots.

LEDs on the side of the blasters indicate the health bar for each player, by the way, so you start each game with a full set of glowing LEDs, then gradually lose them as you get hit during firefights. In case you get too hopped up in the fight to actually pay attention to the LEDs, it comes with an onboard speaker that will actually inform you of your health status every step of the way, so you’ll hear exactly when you get hit or when you’ve been subdued into defeat. Hopefully, the blaster will also refuse to fire once you’re dead, which only makes sense (and shouldn’t be that hard to include). 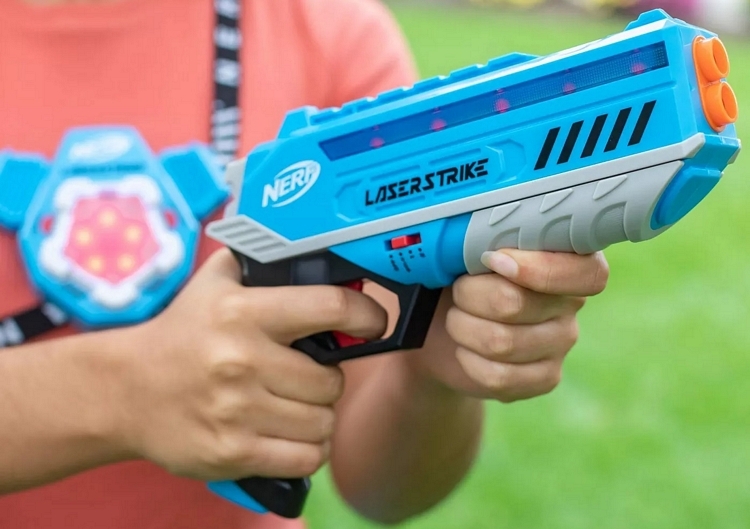 The Nerf Laser Strike Two-Player Laser Tag Set’s blasters come with five weapon modes: blaster, rocket, plasma, burst, and laser, each one giving them different fire patterns, ammo capacity, vibration rate, and hit counts, so you can create handicaps and advantages among players, depending on which weapon mode each one has.  The lights aren’t just for health notifications, by the way, as they also create a light show whenever you pull the trigger, complete with matching vibrations and sound effects via the speaker, so you get visual, auditory, and tactile indicators every time you fire. 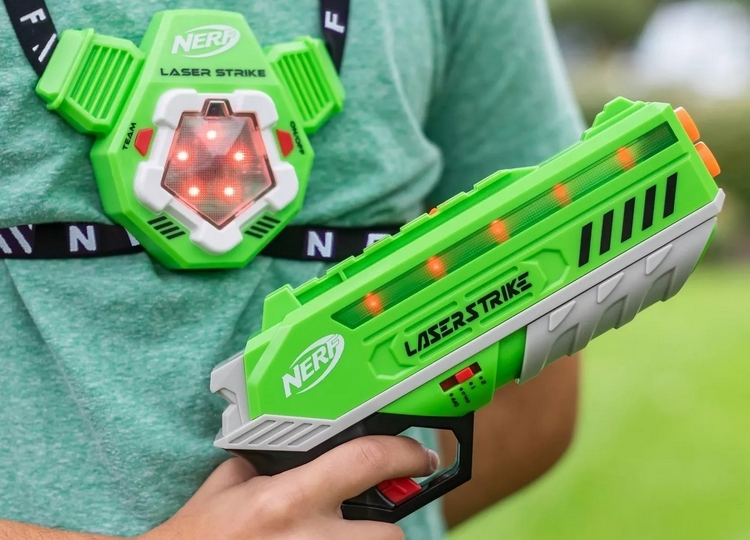 The blasters have a range of 300 feet, by the way, so you can shoot at each other from the other side of the field. How the heck do you hit anyone that far? With scopes, of course, as it also gets a rail on top for attaching Nerf scopes and other compatible accessories. Other features include four hours of play time with each set of fresh batteries, a spring-action reload, and a textured grip.