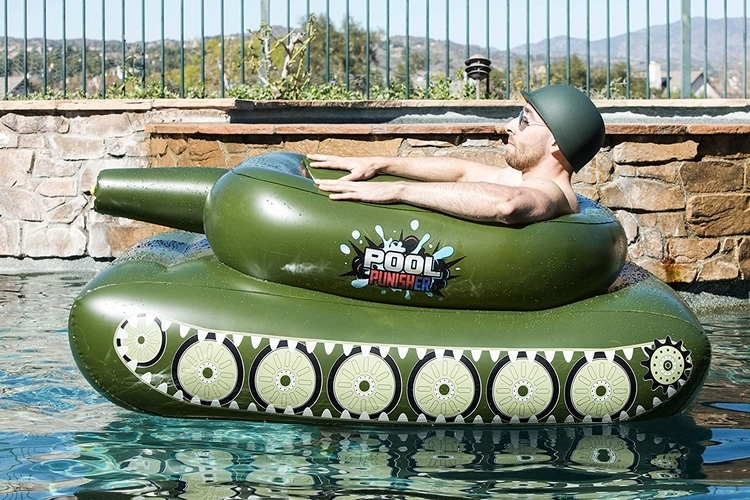 Some pool floats are meant to look like goofy monsters. Others are designed to look like giant critters. The Pool Punisher turns your summer party into a veritable warzone, allowing you to take a tank to the water to mow down hapless swimmers and blast them with a water cannon. Yeah… you’re now the boss of this pool party.

That’s right, your pool is now a bona fide battlefield, with a battle tank wreaking havoc and leaving a trail of destruction. Well… as much destruction as a large pool float with a built-in water cannon can inflict, anyway, which is, honestly, not that much, although you can absolutely annoy everyone in the pool and the poolside like few other pool floats will be able to do. 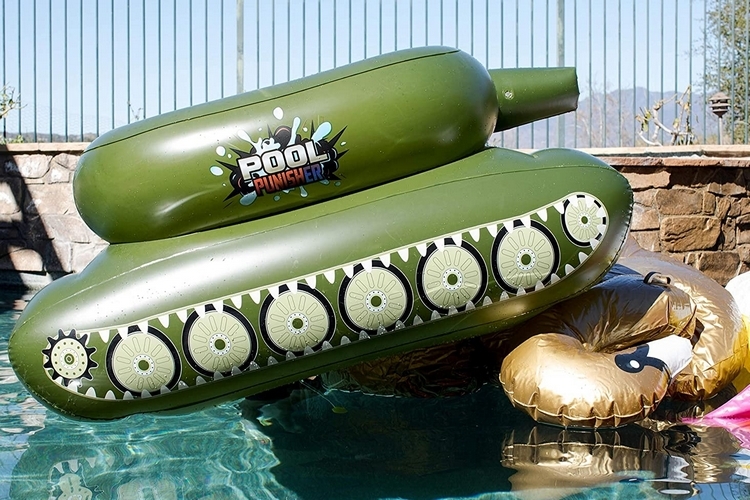 The Pool Punisher is an erstwhile normal pool float that’s clad in the likeness of an armored tank covered in a military green color. There’s a lower layer printed with a caterpillar track and an upper section resembling a turret with an inset seating area, so you can pilot the beastly ride like a tank commander taking his armored steed to battle. Well… the most relaxed tank commander imaginable, since you’re floating on a swimming pool with a beer in hand in the middle of a clear summer day.

The turret, by the way, is equipped with a tank cannon that, sadly, won’t fire large rounds that will destroy everything in sight. Instead, it houses a pump action water blaster that can send water shooting up to 50 feet away, so you can engage in intense water fights with a friggin’ tank while your friends carry paltry squirt pistols, water rifles, and Super Soakers. The pump action blaster is removable, by the way, so you can use it on its own or take it out for repair if something ever goes wrong. 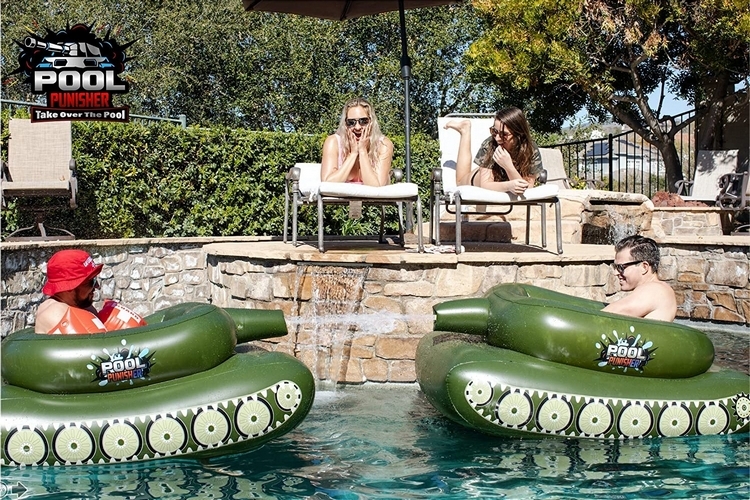 The Pool Punisher comes with holes at the bottom that you can use to stick your legs out for paddling on the water with your feet, so you’ll be going around the pool at an admittedly unhurried tank-like pace. Yeah… you won’t be moving around at speed on this thing, which, we guess, does make it feel more tank-like. Because you’ve got your legs out underneath, you can get on the darn thing even when on the poolside, allowing you to run around with the tank, blasting people from the barrel sticking out of your turret. 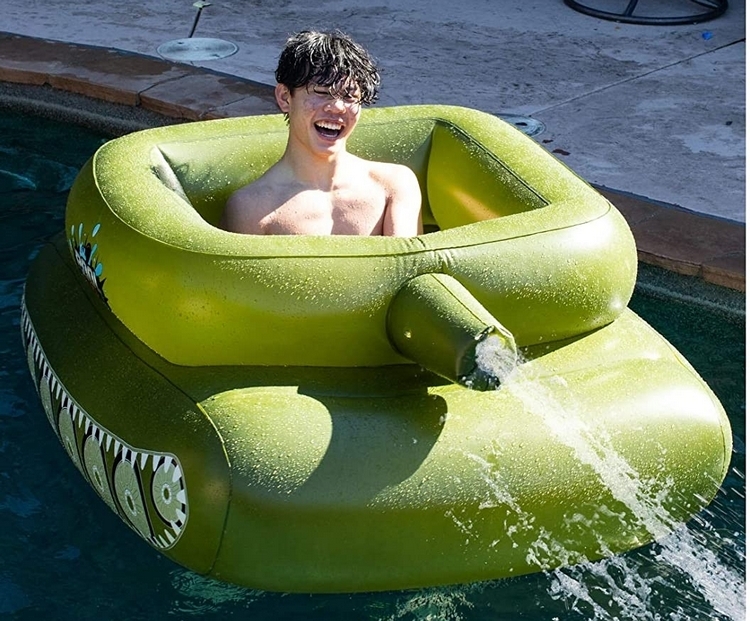 Of course, what would really make a pool party fun is if you had a bunch of these in the water, which should turn any pool party into a veritable Panzer Corps 2 encounter. Except… you know… with everyone getting hit in the face with gusts of water, instead of lethal ammunition. It measures 61 x 44 x 24 inches (length x width x height), by the way, so it’s quite a sizeable pool toy. According to the outfit, it is compatible with both kids and adults alike, so you and the kids can spend the day engaging in veritable water warfare.

The Pool Punisher is available now. 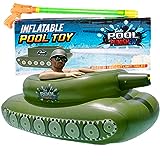