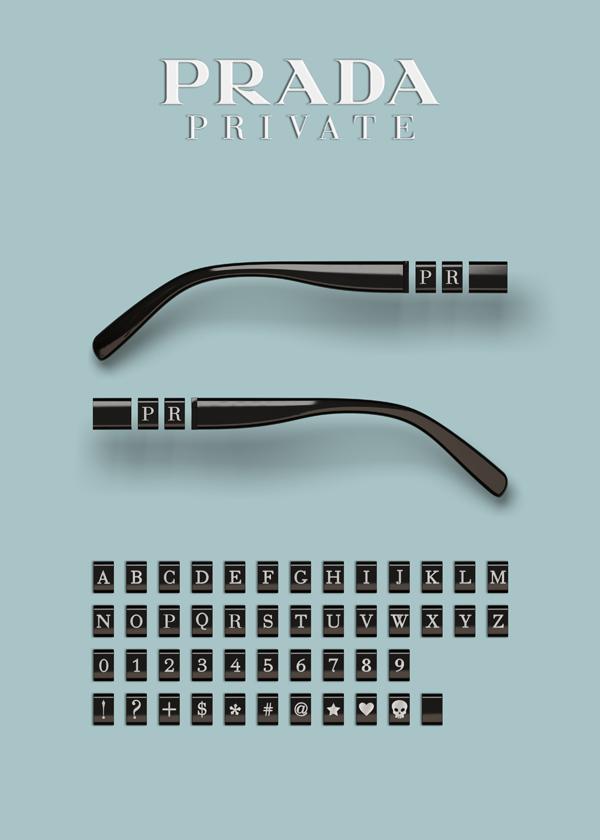 Your glasses are nice.  Don’t you wish you can customize it a bit, though, like adding a pair of stars on one arm and your favorite number on the other?  Now you can with Prada Private, a pair of frames with removable temples that you can personalize.

Customization involves removing the arms and adding blocks with characters etched on them.  Options include letters, numbers, a couple punctuation marks and some ASCII-style graphics (hearts, stars and such).  That way, you’ve got identifying marks that can make it easier to recover the frame in case you mess up and leave it at your buddy’s house after a drunken stupor. 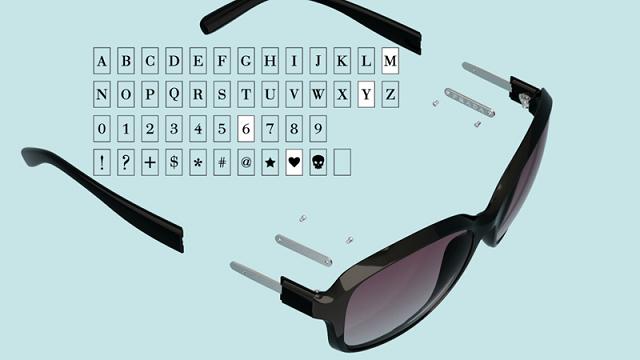 The Prada Private frame comes in three colors (black, white and tortoiseshell).  We’re not sure if the specs will be available in models other than the one in the photo, but we hope so — I mean, a single slightly customizable design kind of defeats the idea of a personalized frame.  Each temple can only accommodate two blocks of characters, though, which doesn’t afford that big an alteration.  Still, that’s better than just being stuck with the brand logo like almost every other pair of frames you can get at most stores.

Availability for the Prada Private glasses started yesterday at select Prada boutiques worldwide and at Sunglass Hut in the US.