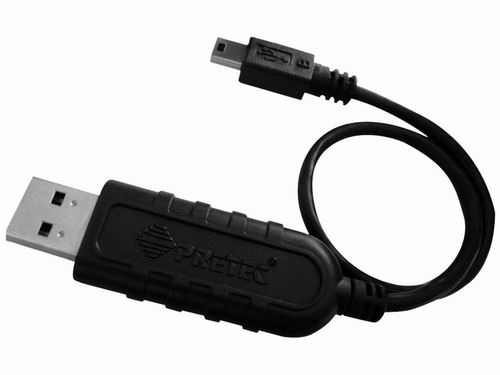 You’re already paying for a data plan on your phone. Unfortunately, very few phones let you tether that internet connection to a computer, leaving you with having to pay for one of those 3G modems and another data plan to get full desktop internet on the go. Put a stop on that double spending with the H220 Intellicable, an upcoming device that turns any web-enabled phone into a wireless modem.

It looks nothing more than a regular mobile USB cable and operates the same way – you connect one end to your phone and another to your laptop. Unlike standard cables, though, it contains a built-in flash drive that runs an embedded software suite, which tricks the phone into acting like a USB modem.

The H220 Intellicable does everything autonomously, promising to establish an internet connection for your connected computer within 10 seconds. It does this without installing anything on either machine, working its wondrous magic like a ninja in the dead of the night. Even better, it supports simultaneous voice and data communication, leaving your phone functional even while abusing your carrier’s broadband offering on a full desktop computer.

According to creator Pretec, it will be available in both micro-USB and mini-USB versions, allowing it to work with almost any phone with internet access (2G, 3G and 3.5G all supposedly work). Current devices that the company has tested and shown to work include models from Blackberry, Motorola, Nokia and Sony Ericsson.

There’s no release schedule nor pricing for the Pretec H220 Intellicable yet, but you can imagine just how many people will snag this the moment it hits the shelves.