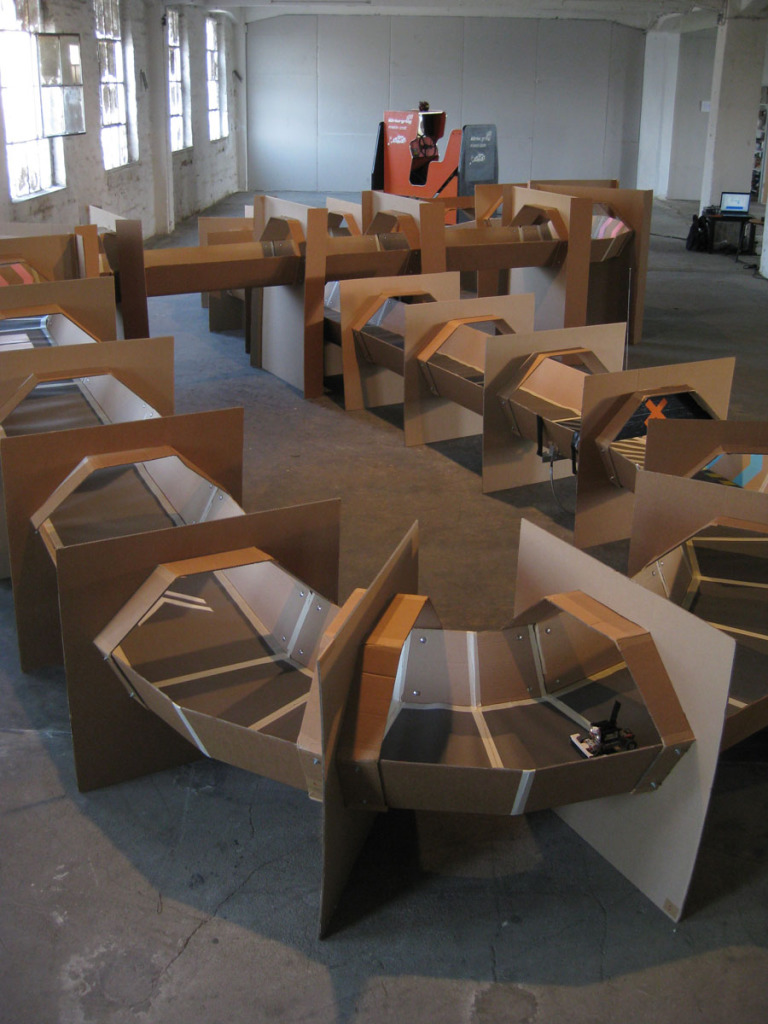 Remember the futuristic racing video game, Wipeout?  Me neither, but some German dudes apparently loved it enough to build their own version in real life.  Well, kind of, since instead of anti-gravity racers, they used regular RC cars with front-mounted cameras, so you can play it in first person POV (you can just supply the needed imagination to feel like you’re hovering on the track).  Called RACER, they’re officially billing it as an “interactive video game installation” based on the Wipeout series of games.

Malte Jehmlich and his comrades are behind the creation, which includes a full race track made from cardboard, a modified arcade racing cabinet and a remote control vehicle.  Basically, the RC car runs around on the tracks, while the driver controls it from the cabinet.  Because of the camera feeding real-time first-person footage, the driver gets to feel like they’re really driving aboard a speeding racer, while onlookers can watch a toy car actually running laps on the track. 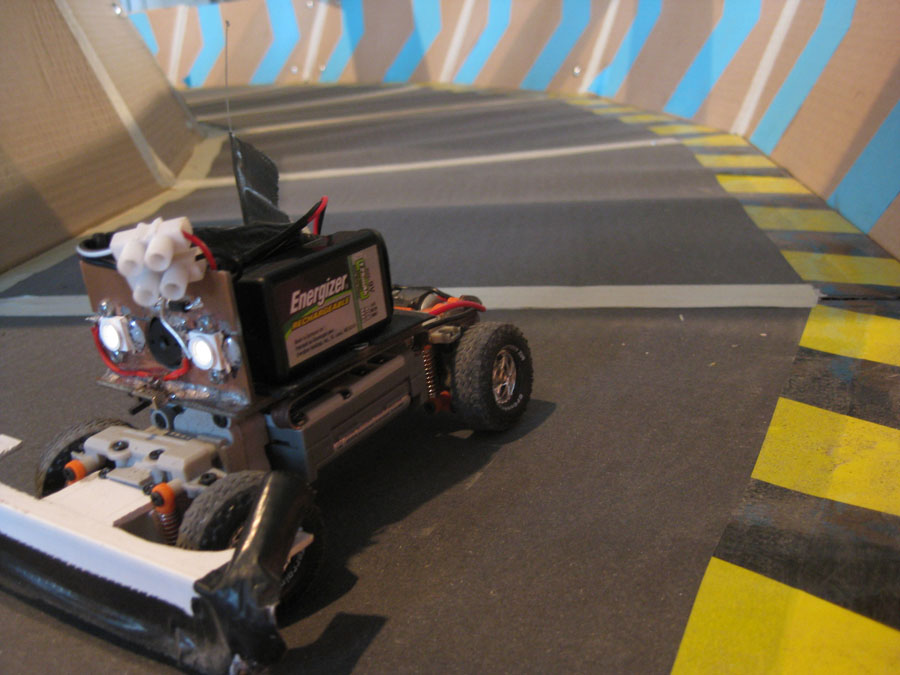 According to Malte, RACER’s track is based on a level of the actual game, so the style of the racing area should give old players a familiar feel.   They even programmed a functional game too, complete with time-tracking and on-screen menus. 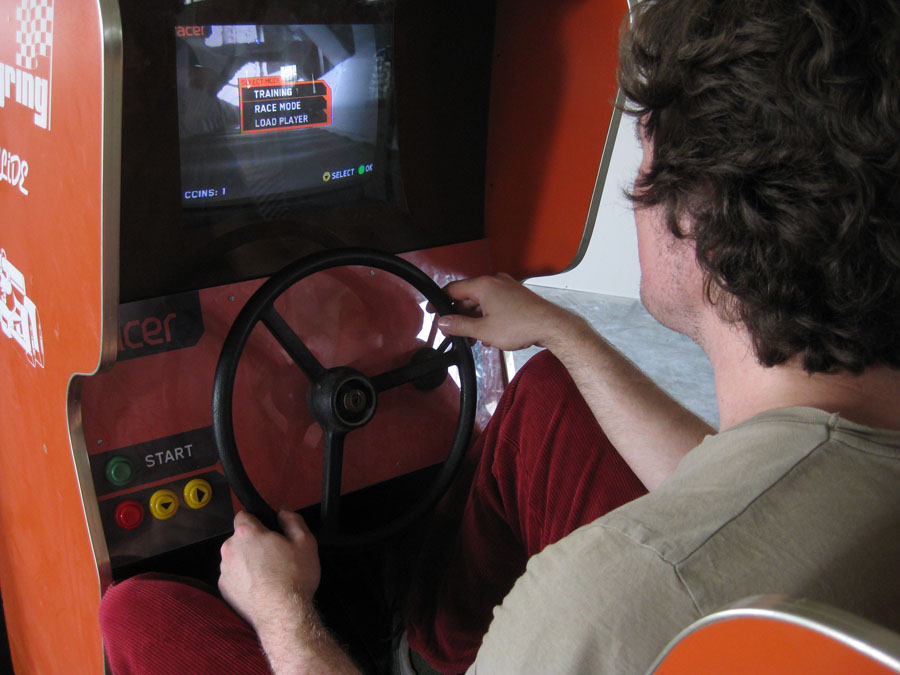 The sad part, of course, is that they only have one track (as gorgeous as it is), one arcade cabinet and one RC.  However, it is a functional prototype that shows what the crew can do if they can get a bit more funding more their racing setup.

If you ever wondered how it would feel to be shrunk in size and drive a battery-powered RC car from its diminutive cabin, we’re guessing RACER is as close an experience as you can get.  Head on over to the guys’ website to check out the video.