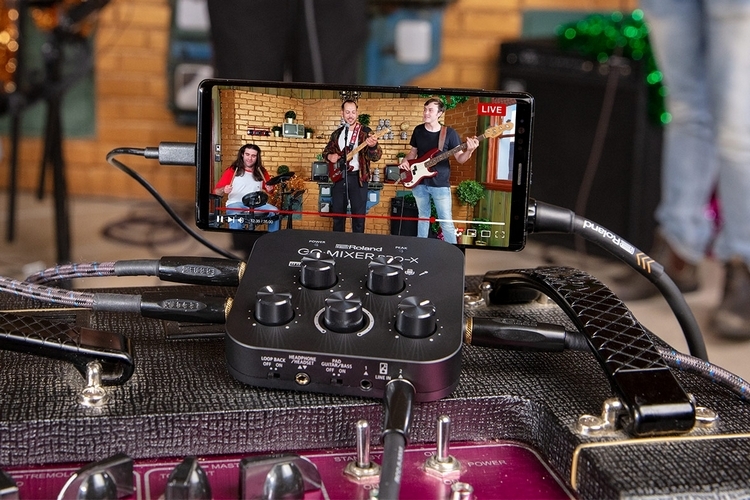 We’re big fans of the Roland’s Go:Mixer line of portable mixers, which allow you to accompany your smartphone-recorded video with much better audio than the paltry microphones on your smartphone will otherwise pick up. Simply put, it levels up your mobile sound recording to a level that will match the impressive quality of modern smartphone cameras, all while coming in a mobile-friendly size. The Roland Go:Mixer Pro-X is the new flagship of the lineup, bringing expanded smartphone support, along with more inputs and more outputs than its predecessors.

Just like other models in the line, the device can take input from microphones, musical instruments, and other audio sources, performing the real-time sound monitoring and multi-channel mixing required to create professional-sounding audio recordings. Whether you’re filming practice sessions with your band for IG Live, an iPhone-shot amateur movie, or a Twitch podcast with your friends, this thing lets you accompany your smartphone footage with high-quality sound. 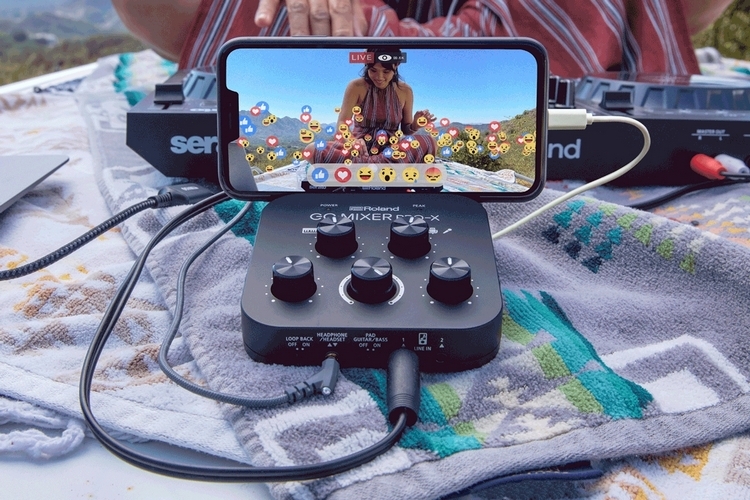 The Roland Go:Mixer Pro-X is, basically, an upgraded version of the Go:Mixer Pro from 2018, so it gets the bulk of that model’s specs list while receiving a number of significant improvements. Chief among the changes is the newfound ability to mix up to seven separate audio sources from any of the 11 available audio inputs, which is up from the nine inputs from the Pro. Those inputs include a combo-type mic jacks for recording vocals, a guitar/bass jack, a stereo jack for other instruments (like keyboards or a drum machine), and two stereo line-level devices, so you can mix a whole lot of sound sources on-the-go, with a loop back function that enables you to mix audio from a connected mobile device and even a headphone/headset jack that can take audio input from your headphones’ integrated mic. 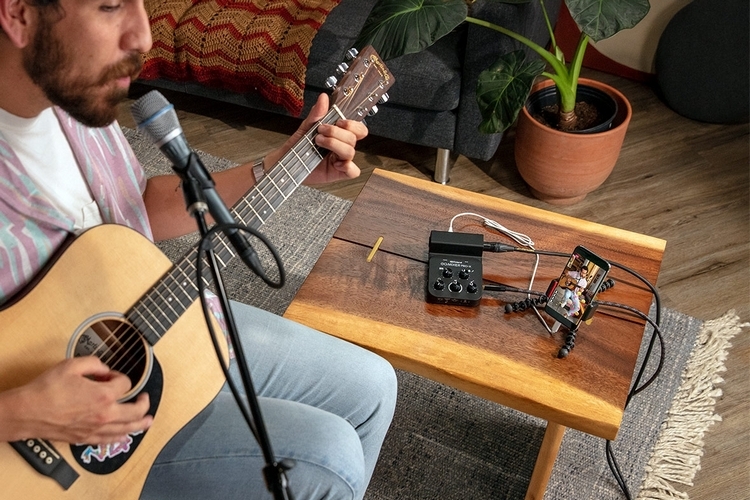 It has individual knobs for four of the inputs, as well (mic, guitar, instrument, headset mic), allowing you to easily control them on the fly, with individual switches for various functions, such as the loop back.  There’s also a new pad switch, which can cut the volume of the guitar or bass signals instantly, making it very handy for those times you’re playing instruments with active pickups. Suffice to say, it will do a lot of the heavy lifting, so you can focus on your performance. 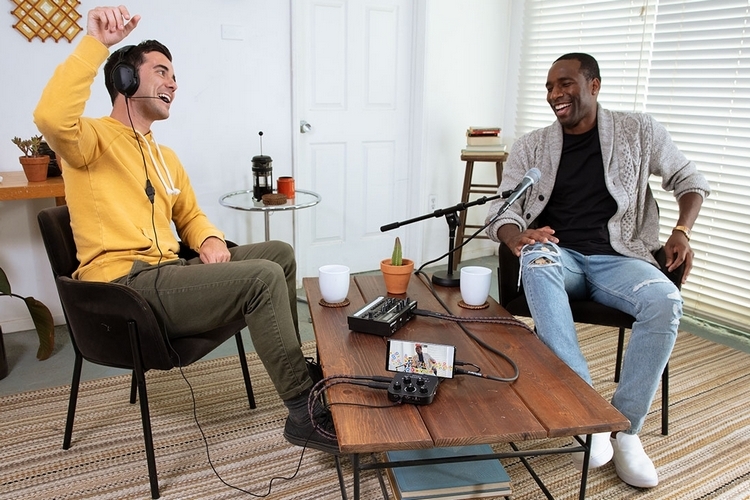 The Roland Go:Mixer Pro-X comes with three outputs, so you can feed the mixed audio straight to your phone, while allowing two people to listen in on headphones, making it viable even for multi-person productions. Sadly, it still doesn’t have a rechargeable battery, requiring you to power it via four AAA batteries while you do your recordings on the go. Alternatively, it can be powered via a USB connection, so you just plug it into your power bank when you’re on the road and from any USB-compatible outlet when you’re at home. Aside from making sure you get quality audio for videos and livestreams, the device can also work as a portable standalone mixer for practice and live shows, as well as an audio interface for various music apps.