SpyraLX Brings Efficiency To Water Fights Without The Need For Batteries 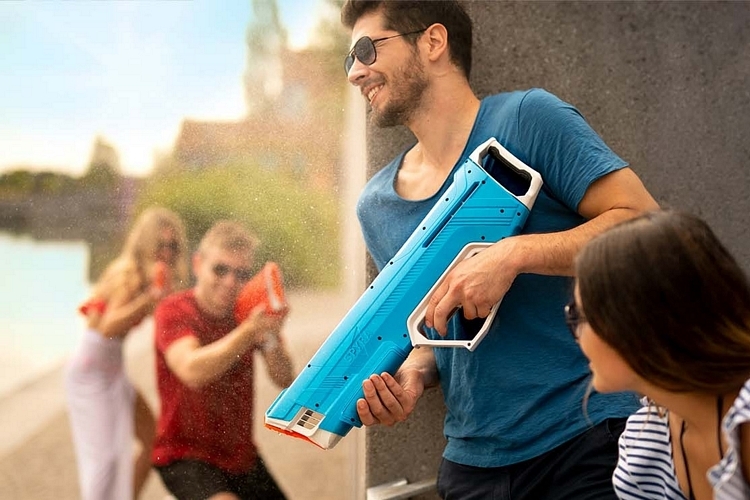 We’re big fans of Spyra’s battery-powered water blasters, as they let you shoot rapid blasts of water over impressive distances. They’re a vaunted weapon for the water fights of summer. Unless, of course, you forget to charge it, at which point, you’re stuck in the sidelines, watching everyone else have their fun. In case you’re one of those folks who frequently get caught slacking on your water blaster charging, you may want to switch to the SpyraLX instead.

A mechanical water blaster, it delivers the same small blasts of water as the outfit’s previous blasters, allowing you to intelligently conserve your ammo while everyone else blows through their load with continuous streams of water shooting out of their barrels. That way, you can fight your summer wars in the most efficient manner, all without having to remember to charge your blaster before you leave for the park. 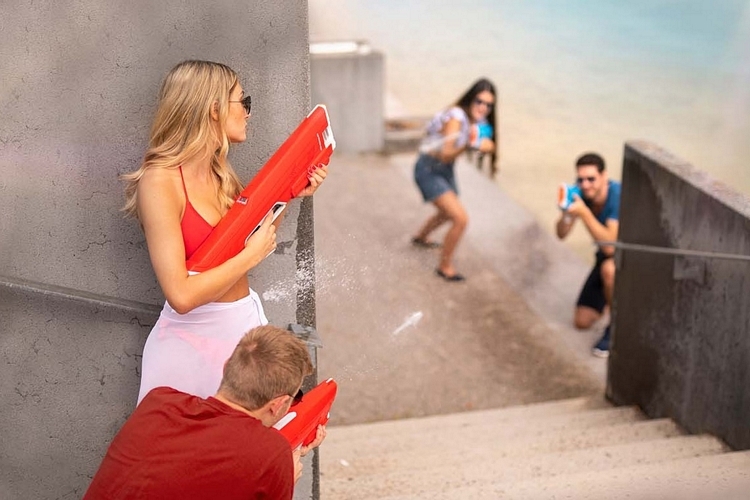 The SpyraLX resembles the appearance of the outfit’s previous blasters, albeit without the electronic components that made them convenient to bring to the battlefield. That means, you don’t get automatic reloads, a tactical display, or the same 46-feet firing distance, although you do get the same liquid bullets that make the blaster a lot more fun than your standard Super Soaker. It’s no slouch when it comes to performance, too, as the blaster can shoot its water blasts at distances of up to 30 feet, allowing you to shoot at opposing teams without having to sneak up too close.

In the place of those electronics is a rear handle that you use to fill the blaster’s water tank with ammo, which pressurizes the blaster at the same time, allowing it to unleash powerful blasts with each pull of the trigger. To get the blaster ready, all you have to do is submerge the front end to a container of water and pump the rear handle repeatedly until you’re all filled up. According to the outfit, filling up and repressurizing takes no more than a few seconds, so you can be back in the thick of battle in no time. 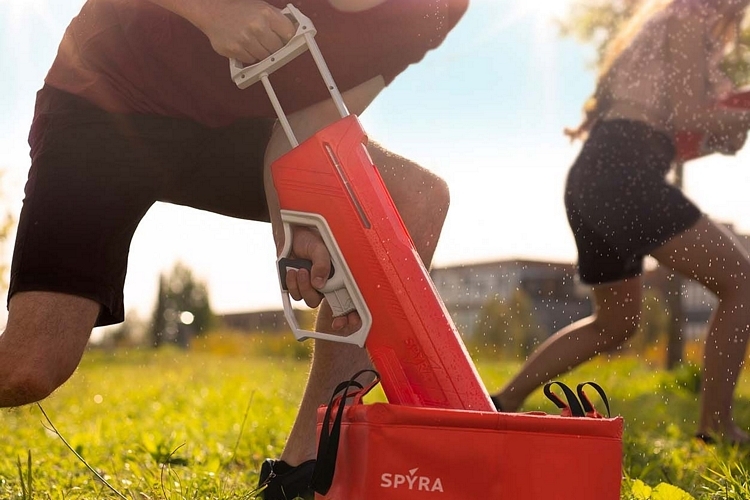 The SpyraLX retains the accuracy of its electronic predecessors, so as long as you’re aiming at targets within its range, the water blasts should be able to maintain their momentum from the moment they leave your barrel to the time they hit your sister in the face. No word on how many water blasts are available with each full tank of water, although it does have a tank indicator at the rear, allowing you to have a fairly good idea when you will need some tactical over in order to reload. Do note, wind can affect how well your water blasts can maintain their momentum, so keep that in mind when you end up waging battle during a particularly windy afternoon. 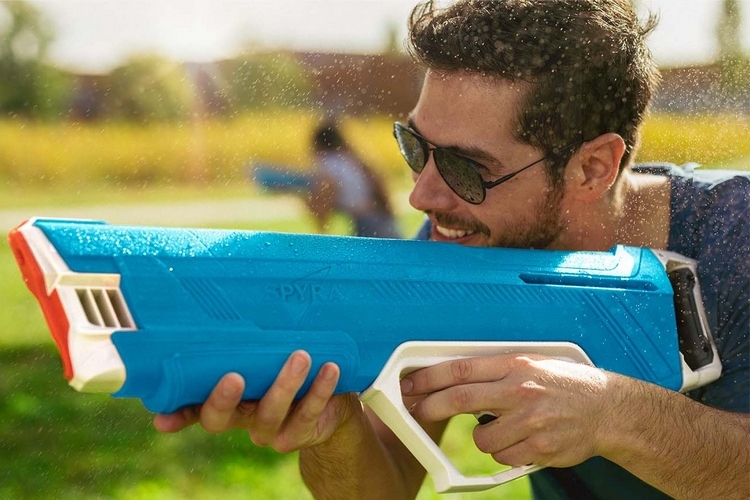 Just like its predecessors, it comes in two colors: red and blue. That way, you can separate teams by the color of the blasters they’re wielding in the field. Since there are no electronics, it’s completely safe to drop in pools, lakes, and other bodies of water, allowing you to throw your blaster at the guy hiding behind the kayak if you feel like it.

The SpyraLX is available now, priced at $89.