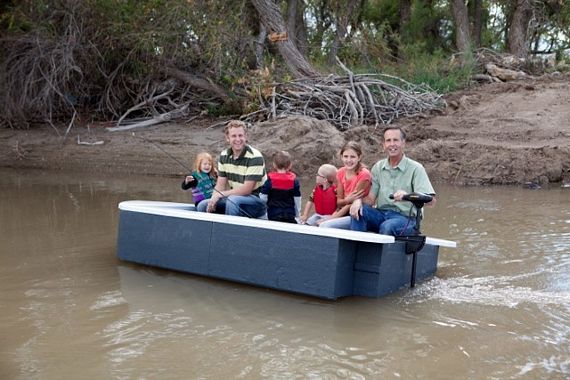 We’ve seen modular boats, folding boats and other efforts to make small seafaring vessels easier to bring during trips.  The Transporter is the latest in the line, boasting a modular feature that lets you break it apart and store the individual pieces in a box.

Granted, the resulting box isn’t small enough for carrying around like a bag.  The bundled pack, though, allows it to be crammed into the back of an SUV, tied down to the roof of your compact with Handiracks or even strapped to the cargo area of a quad ATV, making it a heck of a lot easier to transport than any similarly-sized boat. 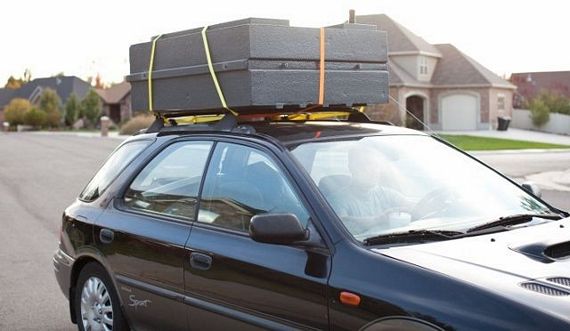 The Transporter comes in two models:  one sized to hold four people and another sized to hold seven.  Included in the smaller model is one passenger compartment, a nose cone with a padded seat, two pontoons with padded seats and a pair of pontoon end guides, while the larger one adds a second passenger compartment and two more pontoons with padded seats.  The larger model can be assembled to a smaller size, too — just leave out the second compartment and the extra pontoons when you put the thing together.   The whole boat can supposedly be put together in just 10 minutes. 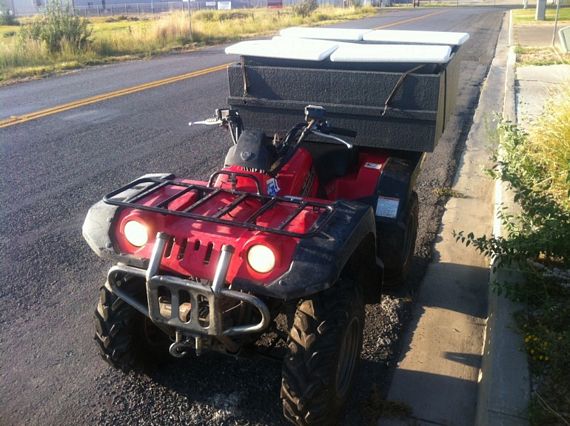 Coating the entire boat is a double urethane material that makes it tough and durable, aside from dissipating heat.  And if you have supplies to carry around, not a problem either — you can store them out of the way right on the pontoons along the edges.

Pricing for the single-compartment Transporter is set at $2,295, with the larger 9-foot model going for $2,995.