A Desktop PC For Really Small Desks: VIA Artigo A1100

Nettops are small. We don’t even know if the VIA Artigo A1100 DIY PC Kit belongs in the same category, but there’s one thing for sure: it makes home computers tinier than ever.

Billed as the smallest full-featured PC Kit in the market today, the desktop alternative measures a mere 5.7 x 3.9 x 2 inches, making it only slightly larger than some of the bigger smartphones around (in contrast, the HTC HD2 measures 4.7 x 2.6 x 0.4 inches). It’s so small, in fact, that you can slip it in a small pocket behind the monitor, barely making a noticeable bulge. 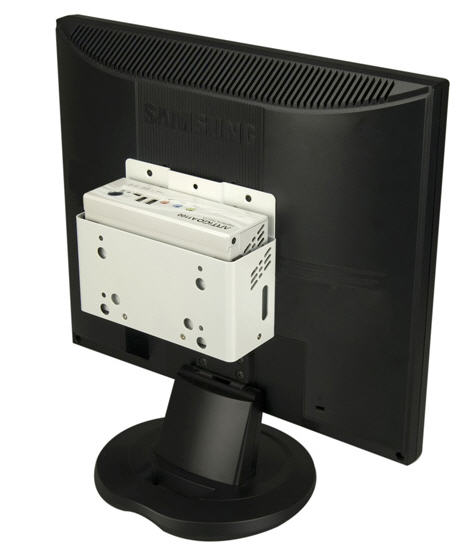 Despite the size, the VIA Artigo A1100 DIY PC Kit crams enough hardware to make a decent desktop replacement. It fits in a VIA Nano 64-bit CPU, VIA VX855 media system processor and a generous set of ports (USB, HDMI, VGA, ethernet, audio I/O). The HDMI out isn’t just a prop too, since the media processor can decode 720p video, making it a decent HTPC (on paper, at least) with very little overhead. Default package doesn’t include a few things that should be necessary, though, such as RAM, storage (SSD, HDD and flash modules are available), WiFi antenna and microSD port. 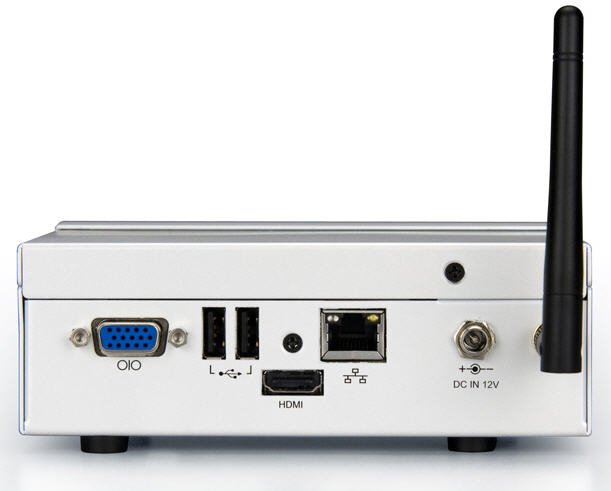 If you’re strapped for space and could make do with an underpowered computer, this system should tide you over nicely. Let’s face it: unless you work with graphics, make movies or play client games on a computer, this should handle most of what you use a desktop PC for, especially since it can run both Windows 7 and XP.