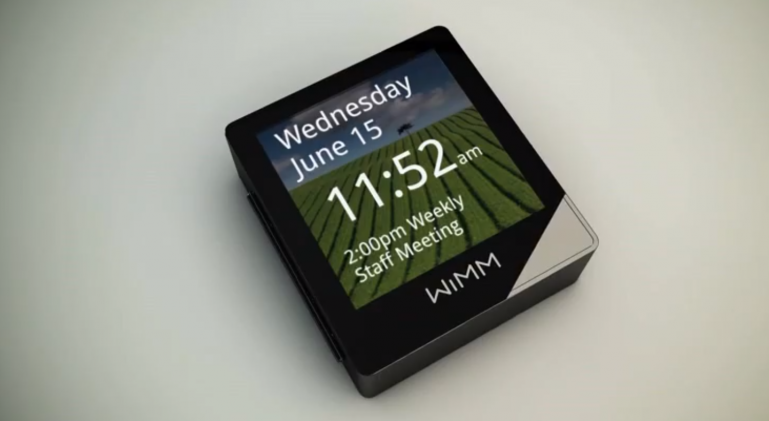 Got an idea for a relatively sophisticated smart gadget, but don’t have the resources to design it from the ground up?  You might want to look into WIMM Platform, an Android-powered contraption you can use as a starting point for building a host of original devices.

Developed by Los Altos-based WIMM Labs, the system features a functioning hardware, application tools and ready-made web services that companies (or tinkerers) can use as a starting point for their own scalable projects.   The platform itself is open, so you can use the basic hardware design as a reference for your own creations, but you’ll need to license the technology if you’re going to use it in actual products.

The prototype WIMM device is a small, water-resistant iPod Nano lookalike that you can use all on its own.   It packs a 1.4-inch capacitive touchscreen (160 x 160 resolution), 32GB flash storage, an accelerometer, a magnetometer, WiFi and Bluetooth.  A modified version of Android runs on the system, although the company claims it can be made to work with iOS and Blackberry OS, as well.

Of course, the real appeal here will be using the basic device for building new products.  While the obvious spawns (like a smart watch, bedside alarm or an iPod Nano clone) will likely be the first to come out, it could very well be employed for a variety of more sophisticated inventions, too.

Because it runs on Android, any developers familiar with the OS will be able to write code for the platform right out of the gates.  And since the core hardware and software are the same, any apps written for one should run across all WIMM-based products, too, potentially creating a rich ecosystem that’s compatible across a whole range of devices.

WIMM Labs is now offering a limited number of Developer Preview Kits that you can apply for, slated to be available before the third quarter is over.  Will this take off?  It’s probably a toss coin at this point, but this could prove interesting.