1,120 HP 9ff GT9-R Wants To Be The Fastest Production Car In The World 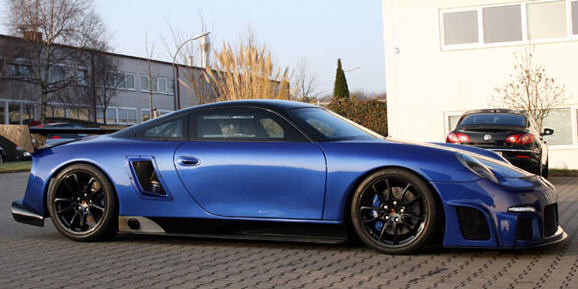 Want to annoy your jealous neighborseven more? How about doing it in style with fastest production car in the world?  Get behind the wheels of 9ff’s GT9-R, a 1,120 horsepower behemoth that promises to do it at a blistering 257.2 mph.

If accurate, it’s going to beat out the SSC Ultimate Aero TT, which previously posted a record-setting 256.2 mph.  Even if it doesn’t (I mean, that’s a pretty lofty goal), the thing should still go fast enough to make you wet your pants while you have a heart attack. 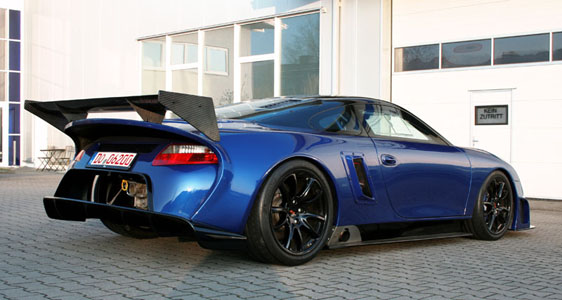 The German tuning company recently released the details of the ride, along with updated photos, and the thing sounds impressive.  It uses a 4.0-liter, six-cylinder Boxer engine to post the incredible top speed, apart from hitting 0 to 60 at 2.9 seconds.  The body looks like one big box of sleek, featuring enough aerodynamic lines and aggressive styling to  impress all the local skanks.  Might be time to move to a bigger city, by the way.

Scared of all that power?  Not to worry.  Buyers can get the car in three stages (750, 987 and, finally, 1,120 horses), allowing you to start on a less-powerful engine with the option to upgrade at anytime.  You can get it in various customized flavors too, geared for either the road or the track, making sure you go home with a car that’s really been tuned to your liking.

No pricing details yet, although 9ff has confirmed that the GT9-R will be limited to twenty examples, guaranteeing you get one of the rarest vehicles on the road.