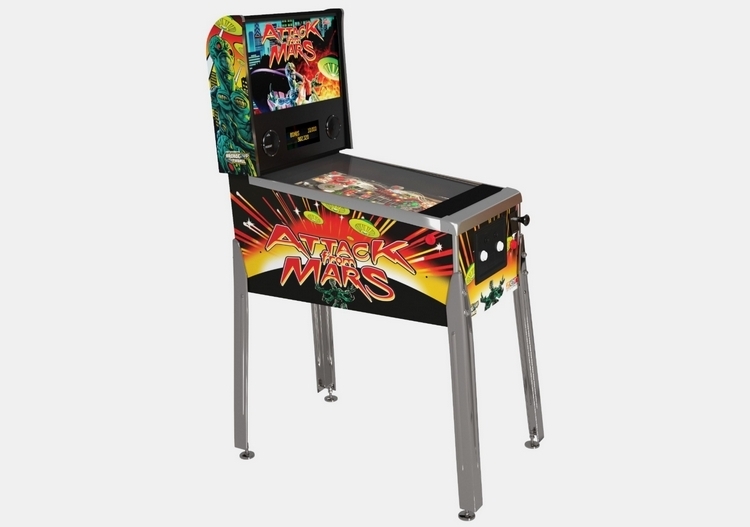 We love Arcade1Up and their modern recreation of arcade classics, from their apartment-friendly ¾-scale and faithful cabinet art to the authentic-feeling gameplay they allow you to enjoy. We also love the variety in their roster, with the outfit making upright arcades, cocktail tables, deluxe racing cabinets, and other arcade form factors. This time around, they expand the offerings even further with the Arcade1Up Williams Bally Attack from Mars Pinball.

No, this is not a real analog pinball machine with moving flippers, ramps, bumpers, and all sorts of physical elements. Instead, it’s a digital pinball game, so it’s more in line with the rest of the outfit’s arcade offerings, albeit with special elements that make it feel a bit more like the analog machines of old. 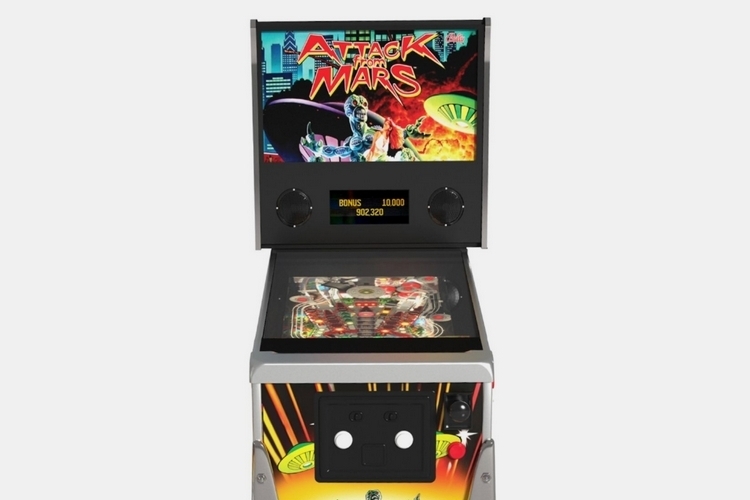 The Arcade1Up Williams Bally Attack from Mars Pinball is a ¾-scale digital recreation of the classic pinball game from 1995, allowing you to fend off a Martian invasion (and, ultimately, rule the universe) by controlling a ball across an alien-themed playfield. According to the outfit, they partnered with Zen Studios for this cabinet, so you get the same quality of digital pinball you get from titles like Pinball FX3. That means, you get to enjoy the same authentic gameplay as the original game, from defending each major world city and destroying the invaders to turning the tables around on the aliens by conquering their planet instead.

You play the game on a 23.8-inch LCD playfield that’s mounted at the same slightly tilted angle as the original pinball machine, along with a 7.5-inch scoreboard on the backbox just like the arcade pinballs of old. It has a working plunger, so you’re really pulling forcefully every time you launch a ball, along with haptic feedback on the flippers and a realistic tilt-and-nudge feel. 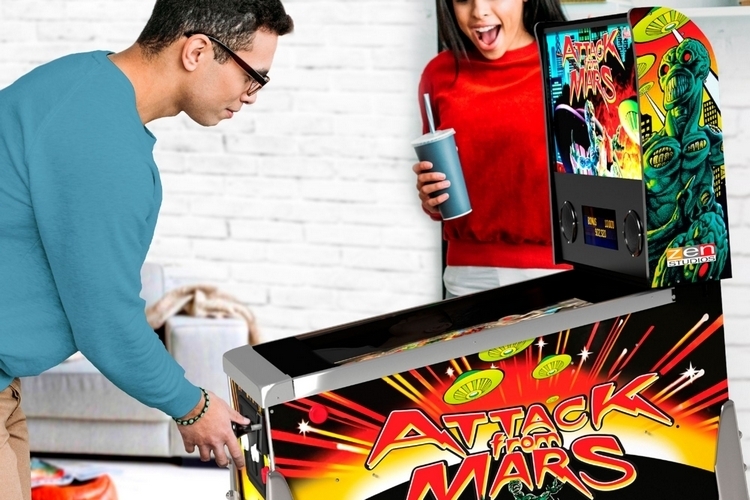 The Arcade1Up Williams Bally Attack from Mars Pinball has a cabinet that measures 59.5 x 36 x 20.5 inches (height x depth x width), making it big enough to recreate the old-school arcade experience while being small enough to be easier to integrate into your home. The entire cabinet and backbox are covered in the same art as the original, so it bears the same colorful aesthetics as the 1995 machine. Other features include height-adjustable metal legs, light-up art panel on the backbox, dual speakers with grilles on either side of the scoreboard, and adjustable volume, so you can lower it down to a whisper when you don’t want the noise to bother anyone else in the house.

Since this is a digital pinball machine, it’s not restricted to playing just a single game on the cabinet. As such, they also loaded nine other Williams Bally pinball games, namely Fish Tales, The Getaway: Highspeed II, Hurricane, Junk Yard, Medieval Madness, No Good Gofers, Red & Ted’s Road Show, Tales of the Arabian Nights, and White Water, with an onscreen menu allowing you to easily switch from one game to the next.

The Arcade1Up Williams Bally Attack from Mars Pinball is available now, priced at $599.99.