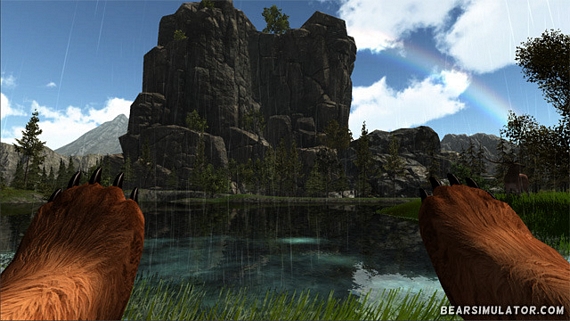 Made by the one-man development team at Farjay Studios, it’s a game that lets you live life as a bear.  Not a bear with anthropomorphic abilities or a friendly bear who hangs out with a tiger or a bear who cares so much rainbows jump out of their bellies — just a run-of-the-mill mammal with thick fur, sharp paws, and all the grace of a clumsy ogre. 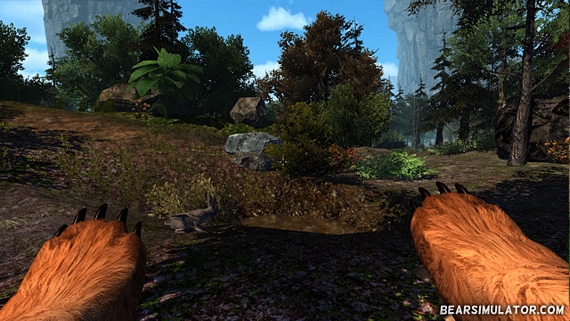 In Bear Simulator, you play the role of a bear, doing all the things regular undomesticated bears do, like roaming the forest foraging for berries, walking around lakes clawing at fish, and sleeping through the entire winter.  The game is played in a realistic multi-environment world using a first-person point of view, with your character using crawling movements as its primary mode of getting around just like a real bear.  Like any proper game, it will come with a melee fighting system, so you can have your large furry mammal duking it out with a variety of woodland creatures.

Farjay Studios claim that the game is “mostly done,” although it currently uses placeholder art, sound, and models.  As such, they’re raising funds on Kickstarter to buy all the needed elements to replace the placeholders.  Pledges to reserve a digital download of the game (for now, they’re targeting a release on Windows and OSX) starts at $15.