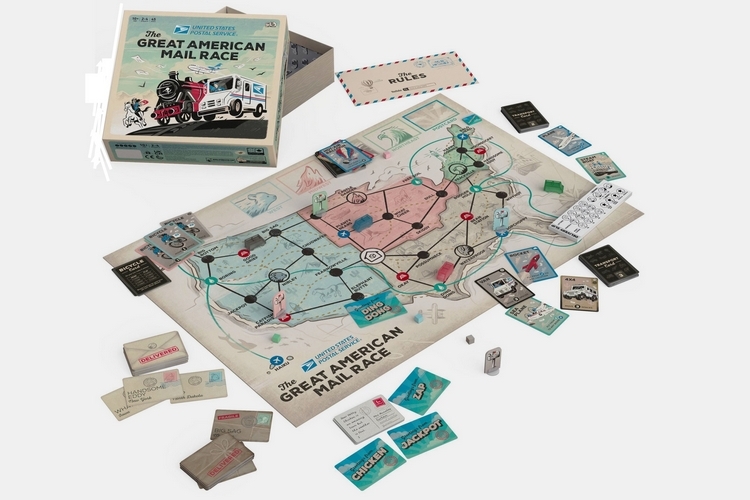 We may no longer send letters and postcards like people did back in the day, but postal services get even more action than ever with the amount of packages that get shipped out on the regular. And things will likely stay that way until the day we can teleport parcel straight to people’s homes. Now, you can experience the same logistical challenges Post Offices experience everyday with the USPS: The Great American Mail Race Game.

Created by Big Potato Games, the tabletop game sees up to four players battle each other to make the most deliveries on the board, dropping off mail and parcel across the United States using every transport method at their disposal. Whether you’re an actual mail carrier, a logistics nerd, or just a tabletop gamer in search of a new train game to take you all across the country, this game offers a compelling challenge that’s equal parts strategic and fun. 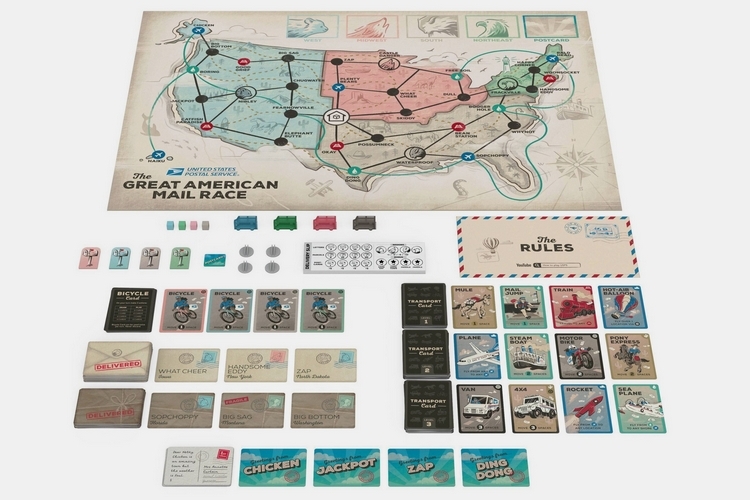 In USPS: The Great American Mail Race Game, you’re put in charge of one team in the United State Postal Service, in charge of delivering a crapton of mail and packages throughout four regions across the country. Except, you’re not alone in your pursuits, as there are other workers tasked with the same job, requiring you to optimize and strategize to come out as the best mail carrier in the USPS roster. Not only do you have to figure the best way to take mail from place to place, you have to protect your cargo from rival carriers who can benefit from stealing them. Or you can do the scheming yourself by stealing their mail and taking all the credit. You know… just like in a real workplace.

Players can plan their routes using 15 different transport methods from past and present. Seriously, you can deliver mail via legacy carriers like Pony Express, hot air balloons, and steamboats, as well as modern options like planes, 4x4s, and even a USPS rocket. Sadly, the game doesn’t involve delivering to space, but it’s a nice thought. 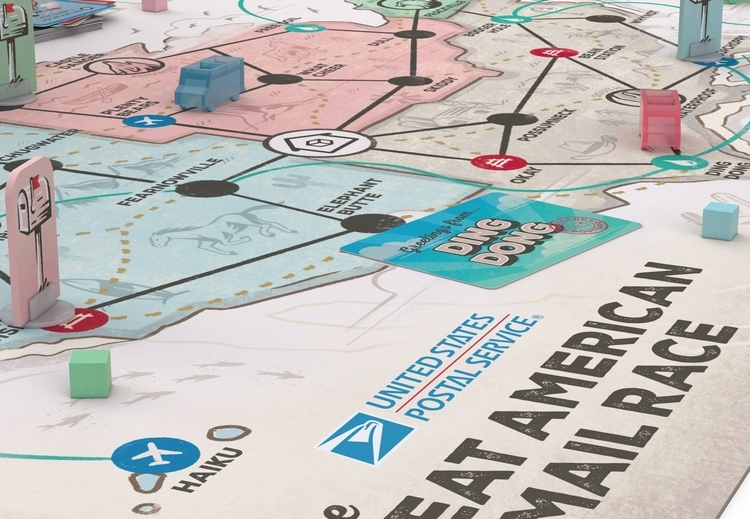 USPS: The Great American Mail Race Game won’t just have you delivering mail to major American cities like similarly-themed train games of the past. Instead, they carefully picked out some of the best-named towns in the country to make mail delivery fun. We’re talking about places like Jackpot in Nevada, Whynot in North Carolina, Boogerhole in West Virginia, Ding Dong in Texas, and Big Bottom in Dakota. Yep, those names alone will make kids want to play this game. 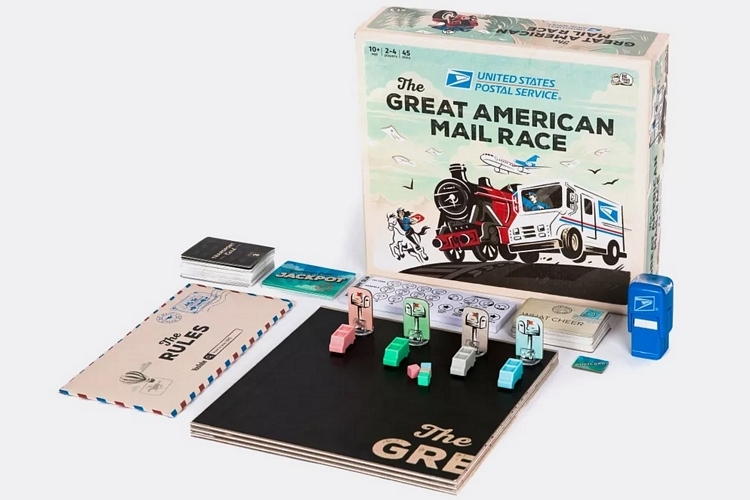 The game ends once players have exhausted all their transport options, with points earned from all the parcel you’re able to deliver, along with bonus points for collecting postcards, same-day deliveries, hometown pickups, and deliveries without air transport. The player with the most points at the end, naturally, wins. Each game is estimated to last between 45 to 60 minutes, so you can crank out a few of these before calling it a night.

The USPS: The Great American Mail Race Game is available now, priced at $39.99.