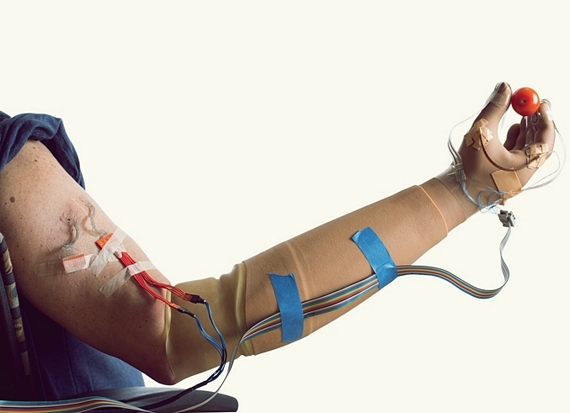 Robotic prosthetic hands allow amputees to gain back some of the functions that go away with the loss of their hands.  You know, like holding a sandwich or hitting buttons on your mini-arcade.  But they’re still robotic limbs, so you can’t exactly “feel” your way through.  Instead, you’ll have to look intently and make sure the hand is moving in a correct manner the entire time.  That could soon change with this bionic sensing hand, which allows people using them to feel the objects that they touch.

A team from Case Western Reserve University developed this early prototype, which can be wired to a patient’s nerves to enable them to feel sensations any time the prosthetic comes in contact with other objects.  And it’s not just the same sensation every time.  Instead, it varies, depending on which area of the artificial hand comes in contact with the external party, making it possible for artificial hands to feel like a normal hand. 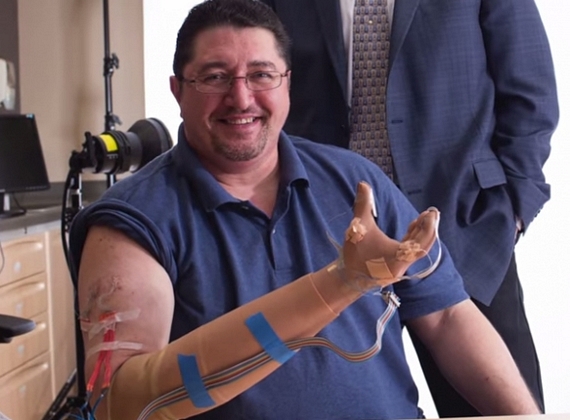 In the study, the team implanted electrodes around three nerves in a patient’s stump before putting their prosthetics on, then hooked the resulting assembly up to a machine that can send electrical signals between the stump and the prosthetic hand.  Built-in sensors on the hand enable the sense of touch, with the patients reporting the ability to feel up to 19 different spots along the bionic limb.

The best part?  Patients can identify the location of the touch.  While, initially, it all felt like the same electrical tingles, the patients’ brains began adjusting over time, allowing them to associate different feelings with different parts of the artificial hand.  To test the newfound ability to feel with the bionic limb, patients were tasked with different activities to perform with the hand, including plucking grapes and cherries while blindfolded, which they passed with flying colors. 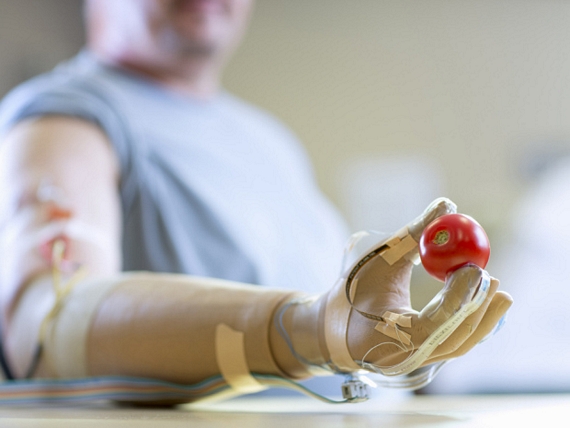 As of now, the bionic sensing hand can only be used in a lab setting (because it needs to be hooked up to a machine).  The team is hoping to move forward with a real-world study soon, likely with a smaller machine that people can keep somewhere around their body (a wrist-worn wearable, of course, sounds like a perfect fit).