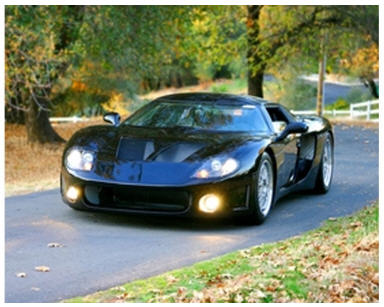 Electric cars are great, but the limited range afforded by bulky battery packs is just a deal-breaker that makes it difficult to treat it as a primary vehicle.  That’s why hybrid cars are only likely play a larger part in the next evolution of automobiles and Capstone Turbine Corporation’s CMT-380 could be a blueprint for things to come.

Pairing an electric drivetrain with a 30kW microturbine that can run on either diesel or biodiesel, the car can manage an effective range of up to 500 miles, a huge step up from the 100 miles or less that has become the standard for many modern EVs.  Not only can it take you further, it can get you there faster.  Boasting supercar-level power, it posts a top speed of 150 mph with a 0 to 60 time of only 3.9 seconds.

The CMT-380, which is currently in the first article testing stage, houses the hybrid sports car guts inside a  Factory Five Racing GTM body.  It uses lithium-polymer batteries that can power the ride for up to 80 miles on a full charge.  Once sapped, the C30 microturbine kicks in, sending power to the motor while simultaneously charging the batteries on the fly.   According to Capstone, the setup will require less maintenance than traditional combustion engines, all while producing ultra-low exhaust emissions.

Similar Capstone microturbine setups have already been installed in hybrid electric buses, trolleys and shuttles in numerous locations around the world.  The idea for integrating one into a high-performance sports car reportedly came from Electronic Arts Chief Creative Director Richard Hilleman, who is credited as one of the brains behind the hybrid ride.

Currently being shown off at the LA Auto Show, the Capstone CMT-380 seems like a showcase for the company’s microturbine technology than a serious supercar contender.  Regardless, they claim to have a production plan in the works, which they will finalize depending on the interest they receive during the event.