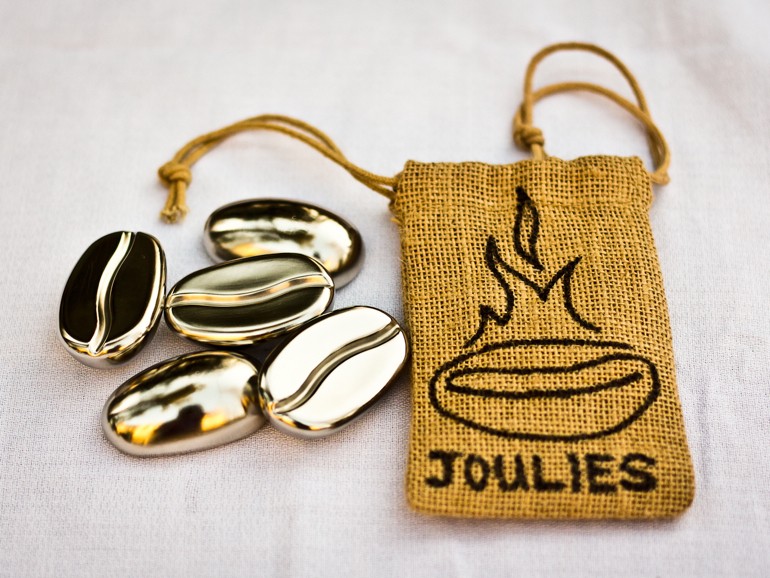 There’s more to enjoying coffee than a delicious brew — even the best coffee will scald your tongue if it’s too hot and will get too cold if you don’t finish it quick.  Coffee Joulies offer a simple solution to both of those problems.

Dreamed up by mechanical engineers, Dave Petrillo and Dave Jackson, the unique coffee-drinking accessory is a temperature control apparatus that helps keep your cup at an ideal level of heat.  When it’s scalding fresh off the pot, drop the contraption in to have the temperature come down to consumable levels.  Don’t fish it out of there, either, since it will reuse the heat it just removed to keep the coffee hot when it should be cooling down, allowing you to enjoy just the right amount of warmth for twice as long. 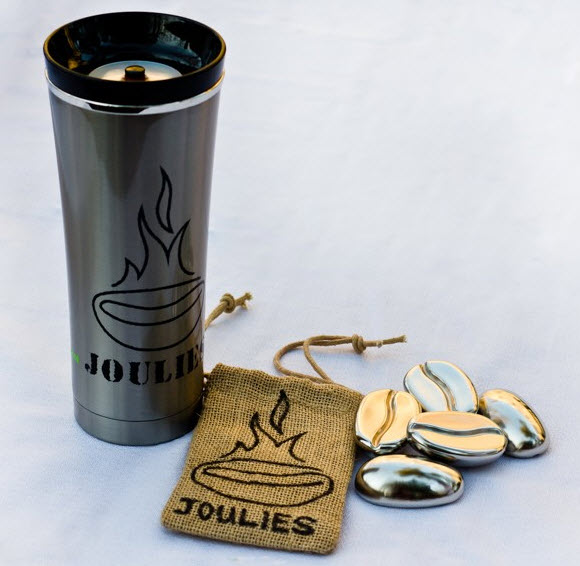 Coffee Joulies absorbs the heat using a non-toxic phase-change material that melts when placed at temperatures exceeding 140 degrees Fahrenheit.  Once the surrounding temperature cools down past the same 140-degrees threshold, it begins to solidify again, releasing the heat it initially absorbed that caused it to transform state.

Don’t worry, that gooey-sounding stuff won’t touch your drink at any point.  Instead, the secret ingredient stays inside a polished stainless steel (the same food-grade type they use for silverware) shell clad in the shape of a coffee bean.  One Cofee Joulie is designed to work with five ounces of volume, so you’ll need varying numbers of it on your drink, depending on how much you’re chugging — one for a double espresso, two for a mug, three for a tall-sized drink, four for a travel thermos and five for a venti.

Despite the name, Coffee Joulies isn’t just for java — you can actually use it to keep a more constant temperature for any type of hot drink.  You can learn more about the product on Kickstarter, where its creators already made their target pledges.  Expect it to go into production soon.