Covini C6W Is A Six-Wheeled Supercar 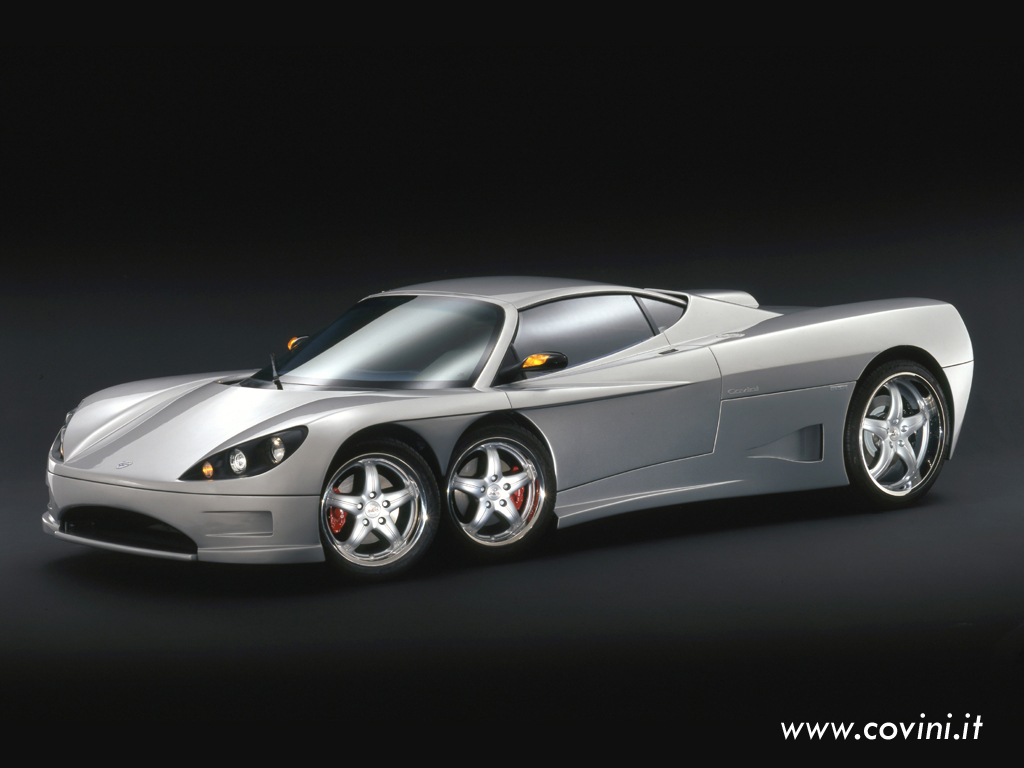 If you asked people back in the 1950s what a supercar would look like in 2010, we bet they’ll be talking about beastly machines hovering in the air and zipping through the sky like it was the open highway.  Imagine their shock if they knew that our cars still run on wheels.  Even worse, some of them — like the Covini C6W — will have six of those spinning things.

First shown in sketches six years ago, the six-wheeled speedster finally has a production version.  And the Covini Engineering team claims they will show it off this week at the Racing Professional Motor Show in Bologna Italy. 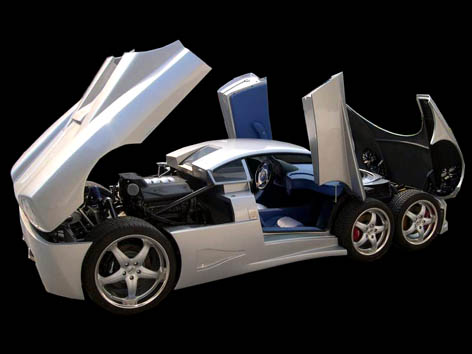 The Covini C6W is a rear wheel drive six-wheeled automobile, with a 4.2-liter Audi engine blasting out 433bhp and 346 lb-ft of torque.  Aside from packing speeds at up to 185 mph, it sports a six-speed manual gearbox, independent front and rear wishbone suspensions, Brembo disc brakes and a steel tubular chassis.  Body is fashioned out of glass fiber and carbon fiber materials.

Based partly on the 1976 Tyrell P34 race car, the six wheels aren’t there just so you can poke fun at it (although we bet it will make for a whole slew of jokes if this actually rolls out into the streets).  Instead, company founder Ferruccio Covini says the unusual configuration will improve braking, grip, driving comfort and absorption of frontal impact, apart from lowering the risk of aquaplaning and the front tires deflating. 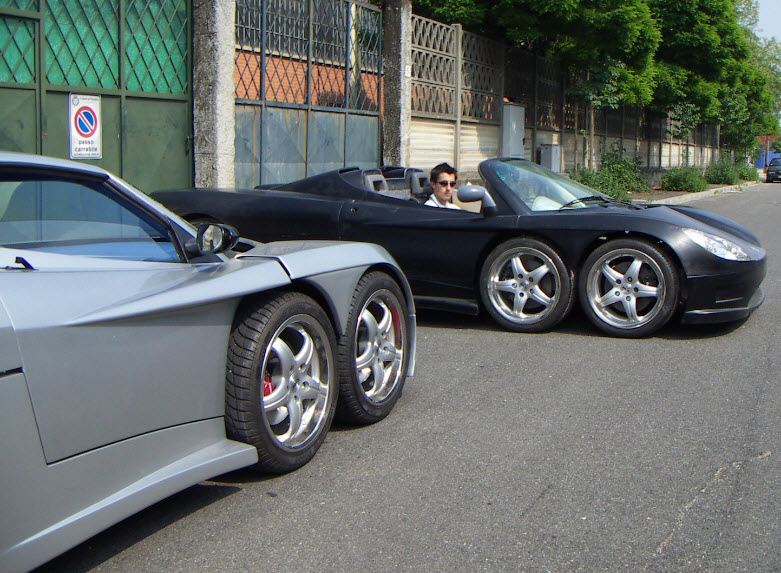 No word on an actual small-scale production run, so you’ll have to wait a while (or forever) if you’ve been hoping to outdo your rich friends by getting an expensive car with more wheels than what they’re driving.  You can check the Covini C6W in action at a race track in the video below.