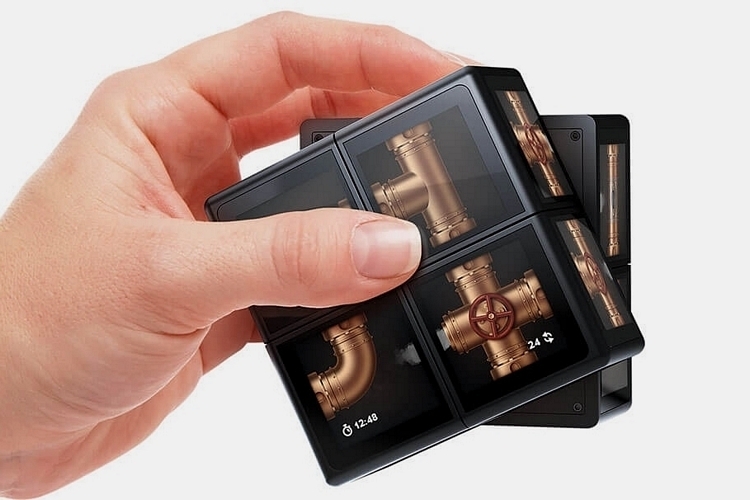 It looks like a smaller Rubik’s Cube. As in, it gets a 2 x 2 grid on each side instead of the traditional 3 x 3. Except, the CubiO WowCube comes with screens in place of each colored tile, allowing it to be programmed for a variety of games that go beyond what the classic puzzle cube can offer.

A cross between traditional puzzle games and handheld video games, the toy can be twisted for matching different screens together similar to classic cube puzzles. Except, the twisting, along with shaking, are actually the main control mechanisms for interacting with its integrated games, creating an entirely new way of playing that enhances hand motor skills and hand-eye coordination in a way that other screen-based games just can’t offer. 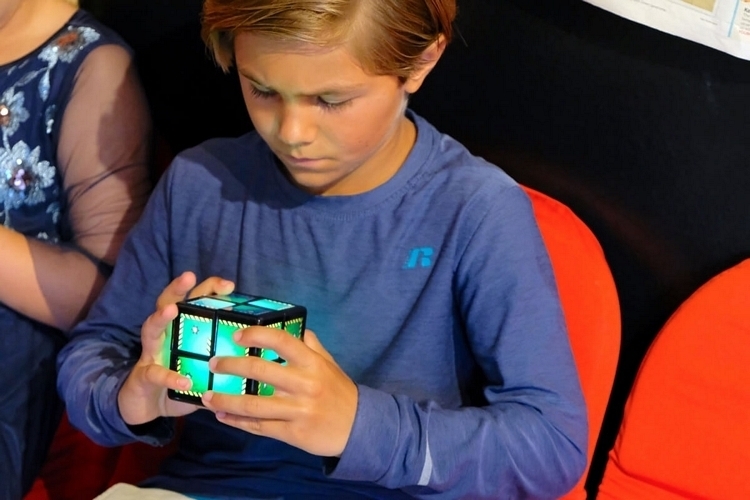 The Cubio WowCube is, basically, a 2 x 2 puzzle cube, with tiles that you can twist to face in different directions just like the classic Rubik’s Cube. Instead of colored tiles, however, it comes with four screens on each side, giving it a total of 24 individual displays, so they can display absolutely anything you want. It pairs those displays with eight onboard processors that control what’s showing on the screens, allowing it to perform complex actions on each of the individual display panels.

Being equipped with digital displays, this is, obviously, a platform for playing video games. Unlike traditional handheld consoles and gaming smartphones, however, it has no buttons, neither physical nor virtual. Instead, you interact with the games exclusively by twisting the tiles and shaking the entire toy, bringing an entirely new dimension to gameplay. There’s a Pac-Man game, for instance, where you’re supposed to move the tiles to allow the chomping character to cross from one tile to another, allowing it to get power-ups while avoiding ghosts along the way. Another game has you moving tiles to connect pipes, so that they’re able to release steam before they burst. Basically, it’s an entirely new twist on puzzle games – one that allows a puzzle-solving component to be integrated into a variety of classic arcade mechanics. 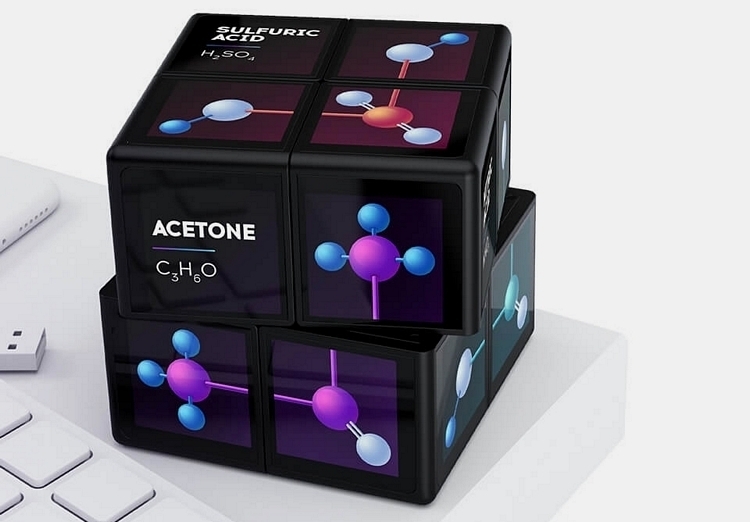 The Cubio WowCube comes with a mobile app where you can download games from their store and choose which ones to load onto the cube over Bluetooth at any time. According to the outfit, they currently have a selection of word games, puzzles, mazes, and arcade-style games available for the system, with an open API also readily available for developers who might have some cool ideas about things they can do on the platform. And yes, it’s not restricted to gaming use, either, as you can program the screens to show a variety of information, so you can use it as a 24-screen information hub on your desk. Yes, we imagine it will find plenty of use as such. 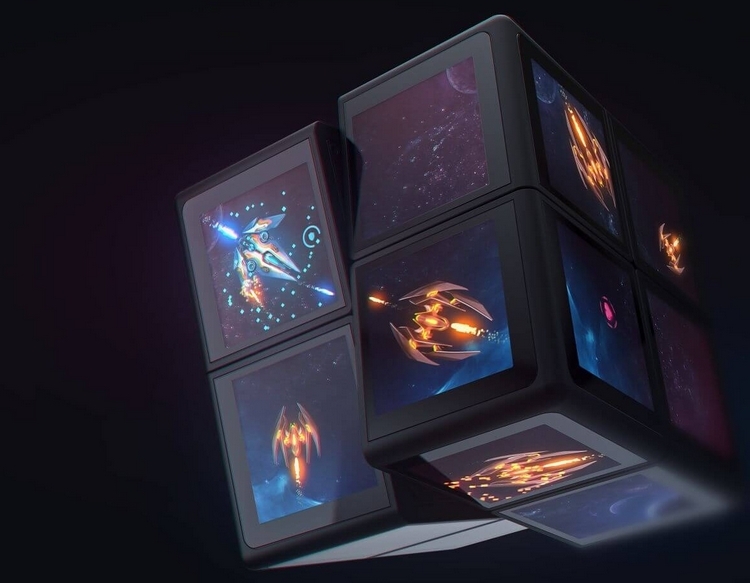 It measures 2.8 inches on each side, making it just the right size to enable two-handed play for kids, all while weighing 11.8 ounces. Granted, the cube shape makes it nearly impossible to squeeze onto most pockets, likely requiring you to keep it on a large pouch on your bag (or right in the main compartment). The onboard battery is rated for eight hours of gameplay between charges.

The Cubio WowCube was originally planned to go on sale this holiday season. Sadly, the events of the year set everything back. They are, instead, looking to launch the toy next year, with its public debut coming this January at CES.